The wisdom of the electorate 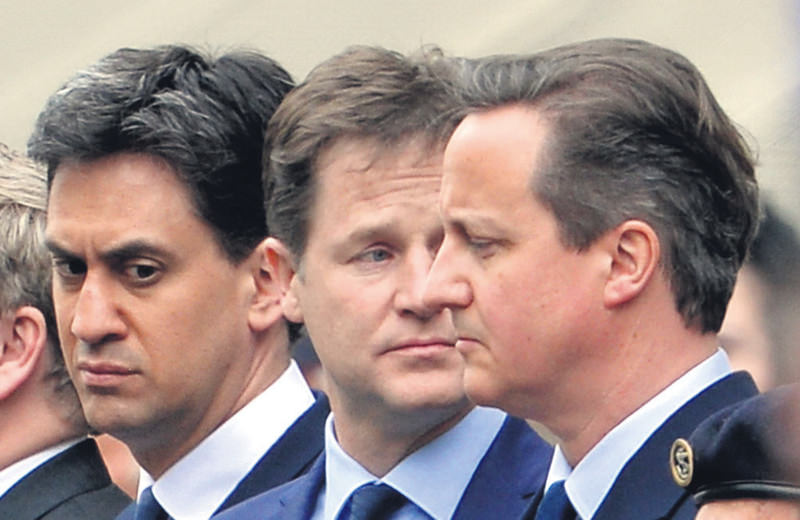 On Thursday, millions of voters participated in the general election in the U.K., which was a nail-biter until the results became final. During the lead-up to the historic vote, there was no shortage of political commentators boldly proclaiming a victory for the Labour Party in the hope that the left would continue to win popular elections across the continent. Meanwhile, the campaign period turned U.K. Independence Party (UKIP) leader Nigel Farage into a political celebrity around the globe. Hardly anyone seemed to think that the Conservative Party, which ended up receiving 36.9 percent of the vote to win a majority in the House of Commons, had what it took to stay in power. With the Turkish parliamentary elections just a few weeks away, there are important lessons to draw from the British vote.

The most important lesson that political commentators in Turkey must learn from the British general election is that media coverage does not necessarily serve as an accurate measurement of a given political party's popularity. Over the past months, observers watching the British election campaigns closely noticed that the media showed greater interest in the Labour Party and the UKIP campaign. The extraordinary interest in Ed Miliband and company arguably stemmed from the fact that most people like to root for an underdog. The story of an opposition leader mobilizing the masses to spoil the party for the incumbents is almost always more interesting than the news of the ruling party clinching yet another victory. Interest in the UKIP campaign, in turn, had to do with the party's outspoken leader, Farage, more than anything. In Turkey, we have witnessed time and again how certain media outlets like to groom designated candidates and parties ahead of popular elections only to admit that they were perhaps mistaken all along.

Another important conclusion relates to the obvious shortcomings of negative campaigning. Over the past year there has been no shortage of news stories about UKIP politicians lashing out against immigrants. For many of Farage's followers, Muslims competed with the European Union in the imaginary list of threats to the United Kingdom. Surely enough, the tabloid press was quick to report whatever scandalous comments UKIP leaders could make about their targets of choice. The ballot box, however, has shown that the people often have more common sense than profit-driven media outlets prioritizing sales over integrity and public interest. Nowadays there is plenty of talk about shipping Syrian refugees back home where they will almost certainly die. Elsewhere, certain politicians like to target seasonal workers for "taking away our jobs." Fortunately enough, however, it takes more than negative campaigning to win elections.

A third and equally noteworthy conclusion to be drawn from the U.K. general election relates to the importance of one's ability to resist the temptation of oversimplifying electoral behavior. Over the past week, more than a few political commentators were quick to announce that Labour would win the election citing a broader trend across the European continent. Considering that the Coalition of the Radical Left (Syriza) clinched the Greek elections and that left-wing movements have become more popular in recent months, they reasoned, there is no reason why the left should not win the U.K. elections as well. The same argument has been repeatedly made about the Republican People's Party (CHP) and the Peoples' Democratic Party (HDP) in Turkey. Last year, even prominent commentators were tempted to reach the conclusion that the Justice and Development Party (AK Party) could not possibly win another election, but it ended up winning two races in a row.

Considering all the hype that pro-opposition commentators have built around the June 7 general elections in Turkey, it is important to take a step back and learn from the U.K. general election. It is absolutely true that political parties must make waves and highlight what they perceive as misguided government policies, but the crucial point is to never underestimate the complexity of electoral behavior.
RELATED TOPICS