An open letter to the opposition 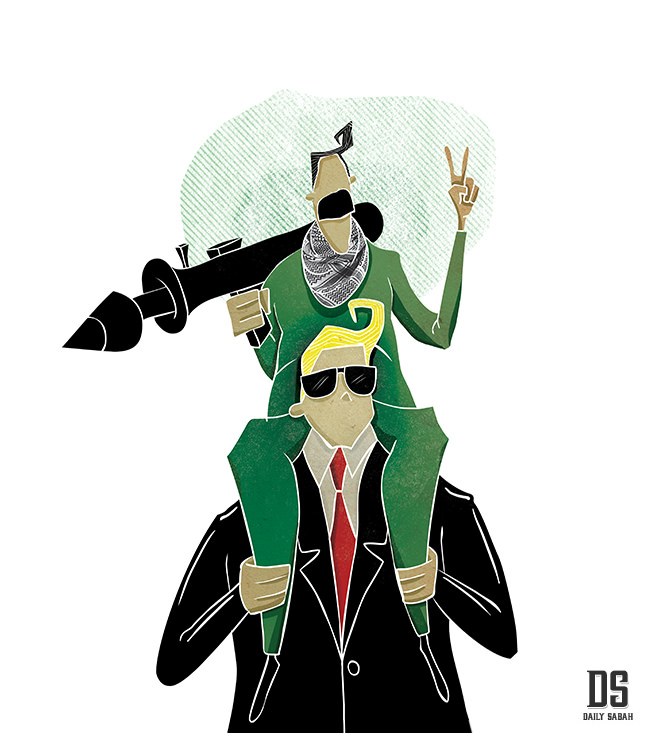 Terrorism is an undesirable yet unavoidable part of statehood in the 21st century. A number of governments fight terrorist organizations trying to further separatist or extremist agendas. What distinguishes democracies from others is a strict adherence to the law, which requires an entire people to unite against terrorism. In the face of terror attacks, an entire country, including opposition parties and the media, must stand together with the political leadership. In the wake of 9/11 and last year's Charlie Hebdo assault, American and Western European news organizations showed solidarity with their governments. After all, there is no way of preventing the financing of terrorism but to stand in unity.

Turkey currently finds itself at a crossroads in the fight against terrorism. The question, to be clear, is not related to the PKK's exploitation of the Syrian civil war. Nor am I interested in the northern Syrian cantons and the international media's justification of the PKK as a military force fighting the Islamic State of Iraq and al-Sham (ISIS). How much support the PKK receives from Iran and Germany, likewise, falls outside the scope of this column. They all undermine the anti-PKK campaign, but Turkey is going through a particularly difficult time because public opinion remains divided over the war on terror.

In recent months, political polarization, which had been growing for at least two years, has derailed the government's efforts to combat terrorism. How the PKK's deadly attack in Dağlıca was covered by the Doğan Media Group, including Hürriyet, and Gülenist news outlets, not to mention popular reactions on social media, established that a significant part of the country does not care about safeguarding Turkey's democracy.The opposition parties are acting irresponsibly. Instead of condemning the PKK's terrorist attacks, they rather claim that President Recep Tayyip Erdoğan and the Justice and Development Party (AK Party) are responsible for the casualties. To be clear, the AK Party is not criticized for failing to continue the Kurdish reconciliation process. Their opponents directly blame the bloodshed on the AK Party, which they argue started a war to reclaim its parliamentary majority.

At this point there is no doubt that the opposition adopted the PKK leadership's argument that the organization is fighting the AK Party, not the Turkish government. Whenever convenient, pro-opposition figures find ways to draw parallels between Turkey and Nazi Germany. Others would like to blame the death of Aylan Kurdi, the Syrian refugee boy who died at sea, or a slain police officer on the AK Party. The harsh criticism reflects a broader power struggle in the country. The opposition, however, must understand that they are undermining Turkey's counterterrorism capabilities, not just the AK Party.

How well the security forces are equipped, briefed and trained are crucial factors in counterterror operations. An equally important issue, however, is to make sure that criticism of the political leadership does not amount to questioning the effort's legitimacy. Opposition figures who implicitly appreciate the PKK's violent attack because they mistake the organization to be an anti-AK Party force fail to grasp that Turkey's national interests are at stake. Legitimizing terrorism had never been easier.

Bringing an end to ethno-nationalist violence is a challenging task for any country. To make matters worse, the PKK happens to operate in a hospitable environment. Under such circumstances, any mistake by the authorities will surely outlive the government. Turkey's opposition parties have a responsibility to consider national interests and make it possible for the authorities to fight terrorists in order to give the reconciliation process an opportunity to survive. Failure to support the government will either lead to disintegration or cause certain state officials to break the law. Either option, for the record, would spell the death of civilian politics.

I call on the opposition parties to be careful whose throat you are grabbing. Make sure it is the AK Party's, not the country.

Burhanettin Duran is General Coordinator of SETA Foundation and a professor at Ibn Haldun University. He is also a member of Turkish Presidency Security and Foreign Policies Council.
Last Update: Sep 09, 2015 9:11 am
RELATED TOPICS