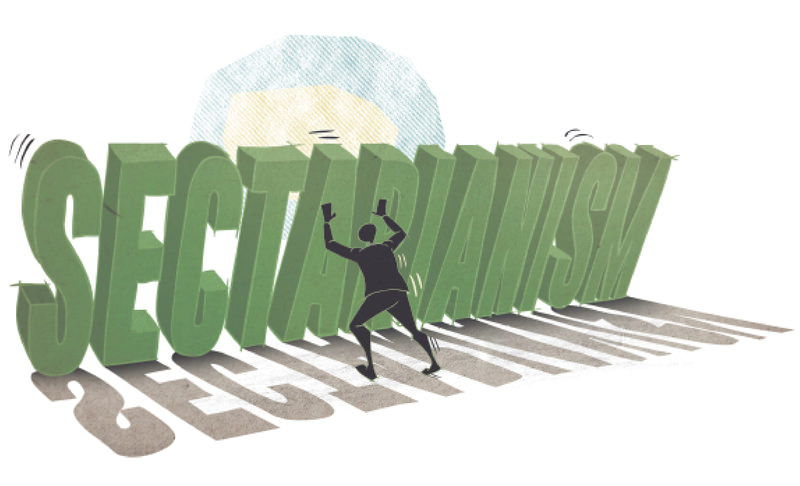 Iran's sectarian expansionist policy forces the Turkish government to back the Saudi government. However, Turkey, as the only country able to prevent the power struggle between the two countries, is aware of the dangers of a possible sectarian war and thus calls the two countries to reconcile

The Middle East rings in the New Year with worsening sectarian tensions. On Jan. 2, Saudi Arabia executed 47 individuals, mostly al-Qaida members, on terror charges. One of the four Shiites sentenced to death was Ayatollah Nimr Baqir al-Nimr, a leader of the 2011 anti-government protests in Qatif. In October 2014, he was found guilty of "seeking foreign meddling in Saudi Arabia, disobeying its rulers and taking up arms against the security forces."

Al-Nimr's execution despite repeated warnings from Tehran caused an uproar across the Middle East: An angry mob of Iranian protesters torched Saudi Arabia's embassy in Tehran, as demonstrations took place in Lebanon, Iraq and Yemen. U.S. State Department spokesman John Kirby warned that al-Nimr's execution risked "exacerbating sectarian tensions at a time when they urgently need to be reduced."

What we witness today, however, isn't a clash between competing interpretations of Islam. It's a battle between Saudi Arabia's fears and Iran's greed.

The Arab Spring revolutions created three challenges for the Kingdom.

First, a new wave of democratization, which peaked with the Muslim Brotherhood's rise to power in Egypt, posed a serious threat to Riyadh until a military coup led by General Abdel-Fattah el-Sissi ushered in a lengthy hiatus.

Another challenge was the rise of an al- Qaida-style Salafi radical movement, DEASH - to which Saudi Arabia responded by forming the Islamic anti-terrorism coalition.

Finally, the Shiite resistance in the Gulf has been creating problems for the Kingdom at home and abroad. The Shiite community constitutes an estimated 10 percent of Saudi Arabia's population. In the eastern provinces, the country's largest administrative unit, the majority practices Shia Islam. In recent years, the Shia opposition's prominence during the Arab Spring revolutions gave rise to a new wave of Wahhabism in Saudi politics as public figures have called Shiites "perverts" and even "infidels." Others fueled domestic tensions and incited violence by talking about "Safavid treason."

At this point, violent groups are regularly bombing mosques and shrines across Saudi Arabia even though the events don't make headlines. In this sense, the Saudi dynasty faces problems not only due to the ongoing military campaign against the Houthis in Yemen but also because the Kingdom's Shiite community challenges their authority. To be clear, Ayatollah Ali Khamenei hinted at Saudi Arabia's domestic problems by threatening the Kingdom with "divine vengeance" earlier this week.

Meanwhile, Shiite groups across the Gulf are emboldened by Tehran's expansionist foreign policy. Reaping the benefits of Washington's post-9/11 wars in Afghanistan and Iraq, Iran also seized the opportunities presented by the post-Arab Spring chaos in the Middle East. Finally, Tehran struck a nuclear deal with the United States to possibly facilitate the lifting of economic sanctions - which would mean more money for proxy wars across the region.

Iran's growing prominence, in other words, encourages the Shia awakening while fueling anti-Shia sentiments among Sunni Muslims. At a time when Iran and Saudi Arabia have conflicting regional interests, a bilateral power struggle slowly turns into sectarian clashes. While Tehran seeks more influence over the Middle East, the Saudis are concerned that the Shiite insurgency might place its territorial integrity at risk.

Turkey, likewise, remains concerned about Iranian sectarian-tinted expansionism. At this point, Ankara and Tehran find themselves at odds in Syria and Iraq - which pushes the Turkish government closer to Saudi Arabia. Nonetheless, Turkey is aware of its unique positions as the only country that could possibly prevent the power struggle between Iran and Saudi Arabia from turning into a full-blown sectarian war. Amid statements from the Justice and Development Party (AK Party) that the conflict is fueled by national interests as opposed to sectarian identity, Turkey's chief religious official Mehmet Görmez traveled to Iran and Saudi Arabia to call for reconciliation.

Despite the opposition's objections, the government must develop a new religious language to address theo-political challenges in the Middle East. If they fail to take action, Saudi fears and Iran's greed will continue to jeopardize the Islamic civilization.
Last Update: Jan 06, 2016 1:00 am
RELATED TOPICS