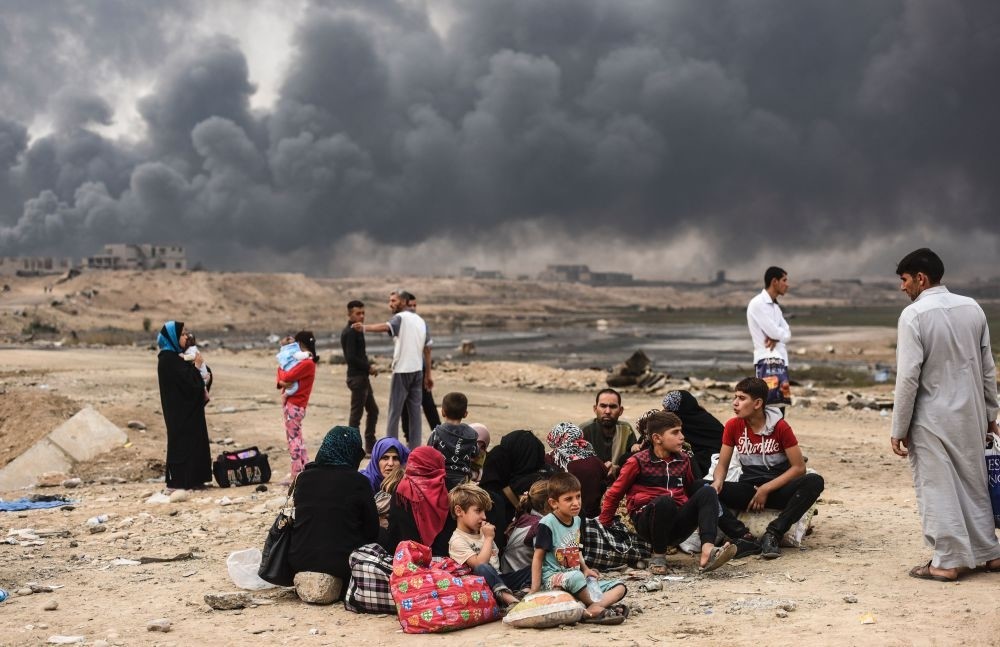 For many Turks, it is almost like Syria and Iraq are competing over their attention. Just when all eyes were set on Mosul, the situation in northern Syria escalated again as People's Protection Units (YPG) militants, who attacked the Turkey-backed Free Syrian Army (FSA) forces, were targeted by Turkish airstrikes. According to the Turkish Armed Forces (TSK), 160 to 200 terrorists were '"neutralized" in the operation. The airstrikes represented Turkey's response to Democratic Union Party (PYD)-PKK efforts to fuel tensions between Ankara and Washington. At the same time, the Ankara refuses to watch the Mosul operation from the sidelines - even if Turkish involvement means risking additional problems with Iraq.

Up until a few months ago, Turkey was unwilling to go beyond issuing warnings to the international community about the humanitarian crisis and growing terror threats in the Middle East. By contrast, the Turks are increasingly relying on hard power instruments. Having launched a ground operation to create a 5,000-square-kilometer safe zone in northern Syria, Ankara made it clear to Baghdad that it will not allow sectarian clashes in Mosul.

To be clear, the drastic change in Turkey's attitude goes beyond the Turks' commitment to supporting friendly local players including the FSA, peshmerga and Nineveh Guards. What we are witnessing is the birth of a new doctrine.

Faced with two civil wars below the southern border, the Turkish leadership is re-configuring its foreign policy along the lines of a new national security concept - whereby the Turks want to bring the battle to terrorist groups such as Daesh, the PKK and the Gülenist Terror Group (FETÖ). Instead of playing defense, Turkey seeks to eliminate threats through preventive and pre-emptive action.

In the words of Turkish President Recep Tayyip Erdoğan, what's happening is as follows: "Turkey has abandoned the misguided security approach. Moving forward, we won't wait for problems to come knocking on our door. We will no longer keep patient until the last possible minute nor consent to sinking into the quagmire down to our throats. Instead, we will confront problems. We won't wait for terrorist groups to target us. Wherever they are active, wherever they gather, we will get in their faces exactly there."

Against the backdrop of major changes in the area of national security, Turkish foreign policy undergoes a historic transformation. In this sense, it would be wrong to assume that President Erdoğan's recent remarks about the Lausanne treaty, the National Oath and Mosul's future are related to domestic politics - which critics sought to treat as evidence of Turkey's expansionist and neo-Ottomanist ambitions.

Quite the contrary, the Turks are trying to adapt to the regional order's downfall and a dangerous increase in the number of failed states in the neighborhood. In doing so, they realize that the Republican period's isolationist foreign policy has not stopped outside factors from harming Turkish interests. Among other things, the Turkish leadership comes to terms with the fact that they have no choice but to address security threats across the border - provided that our allies, the U.S. and the Europeans have no problem collaborating with terrorist organizations.

With the Ottoman Empire in decline, the Turks had to accept the regional order imposed on them by their enemies. A hundred years later, our so-called friends force Turkey to rethink the situation. Having brought Syria and Iraq to the brink of dissolution, the Americans have the luxury of treating the failures of George W. Bush and Barack Obama as just another topic in the presidential race. The locals, however, are faced with sectarian tensions, deepening radicalization and destruction. The new security doctrine is Turkey's way of responding to changing circumstances.