Middle East: Is secularism the answer? 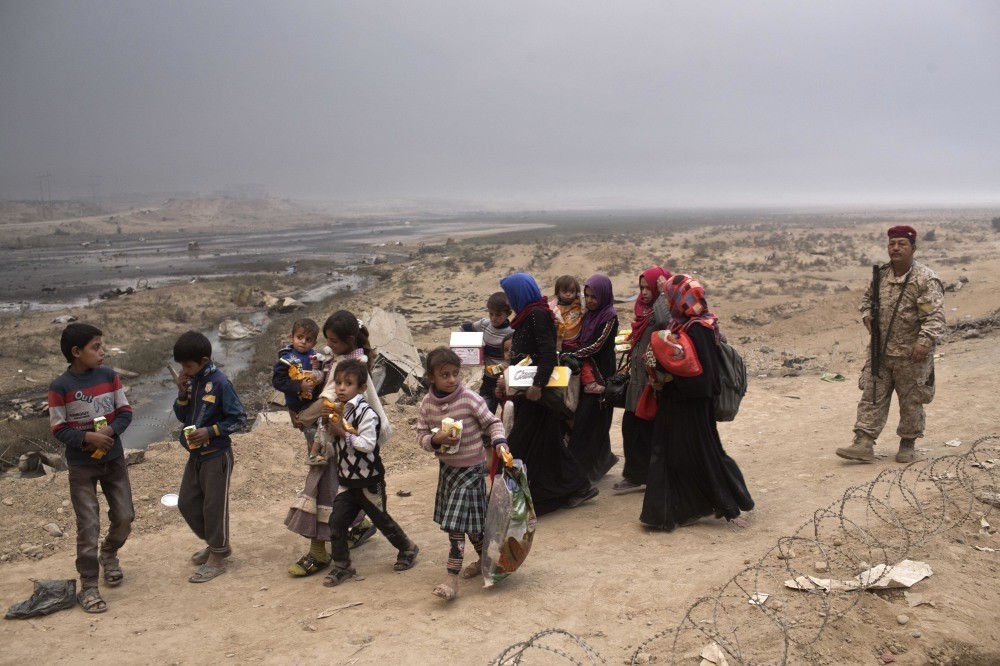 To overcome the challenges that the region faces today, we must promote a democratic system capable of accommodating Muslim demands and respect diversity

The world's eyes are fixed on daily updates from the battlefields in Syria and Iraq. Clashes between the Free Syrian Army (FSA), currently advancing toward al-Bab and the People's Protection Units (YPG), the defeat of Daesh in Bashiqa, the prospect of creating a buffer zone in Northern Iraq and the PKK's growing presence in Sinjar and Kirkuk are among the many developments that consume everyone's time. Meanwhile, all stakeholders are asking the same question: What lies ahead for the Middle East?

The current situation is not exactly great: The nation-state system, which was imposed by Westerners, is going down. Against the backdrop of two civil wars, proxy wars, sectarian clashes and religious and secular extremism, unpopular governments and their discriminatory policies are pitted against the greed of local players. At the same time, the destructive competition between regional powers incurs a human cost that is only second to outsiders' blueprints for the region.

The crisis of legitimacy suffered by Western-sponsored secular-authoritarian regimes had given rise to the Arab Spring revolutions. The West's refusal to let popular revolts evolve into Muslim democracies, in turn, fueled violence. As part of the same game plan, moderate groups such as the Muslim Brotherhood were sidelined by pro-establishment monarchies, facilitating the rise of sectarians and extremists.

Nowadays, the West is making a dangerous gamble by fighting Sunni extremists, the terrorists of today, through the proxy of Shiite extremists - who were called terrorists just a few years ago.With Syria and Iraq (and Libya and Yemen) on the brink of collapse, it is impossible to predict whether the relatively stable Gulf nations could survive a major political earthquake.

To be clear, defeating Daesh and al-Qaida will not automatically restore order to the Middle East overnight. As global powers including the United States and Russia fuel tensions among Muslims, local players are clinging to dreams of attaining independence or maintaining their territorial integrity. Others, like Iran and the PKK, believe that they have an historic opportunity in their hands.

The reality, however, is quite different: Millions of people across the Middle East have lost their homes since 2011. They cannot even think about peace, order and integration - let alone work toward them. Still, it is important to contemplate what lies ahead for the region.

Recalling the destruction caused by Daesh terrorism and sectarian clashes, some experts maintain that re-instituting secular regimes is the answer. They draw parallels between the situation in the Middle East and the Thirty Years' War in Europe to make the case that the downfall of Islamists will mark secularism's victory.

Among the people who think about the Middle East along those lines, two versions of the story are particularly popular.

On one hand, there are experts who claim that democracy will never flourish in the Middle East. According to this essentialist view, what we witness today is proof that the future holds no hope. Personally, I refuse to dignify the orientalist notion that the region is inherently authoritarian with a detailed response.

On the other hand, you have advocates of democracy who remain optimistic about the future but depend too heavily on the principle of secularism. Confident that the people will eventually prevail over their oppressors, they argue that a secular democracy will emerge out of the rubble of dictatorships. While I concur that democracy will win, I find their emphasis on secularism problematic.

A closer look into secular ideologies reveals that they indeed have a potential for violence - whether in Europe or the Middle East. Sure, the Thirty Years' War ushered in the secular era, but the Europeans nonetheless failed to stop world wars and other secular acts of violence. In this regard, ignoring the role of secular-authoritarian regimes in the current situation and reducing the complex relationship between Islam and politics to an oversimplified conversation about secularism will not get us anywhere.

The Middle East will continue to experience violence and chaos for the foreseeable future. To overcome the challenges that the region faces today, we must promote a democratic system capable of accommodating Muslim demands and respect diversity. The violence we face is not necessarily an obstacle before democratization: The bitter taste of sectarian violence could facilitate the combination of Islamic values with democratic institutions.
Last Update: Oct 28, 2016 1:19 am
RELATED TOPICS