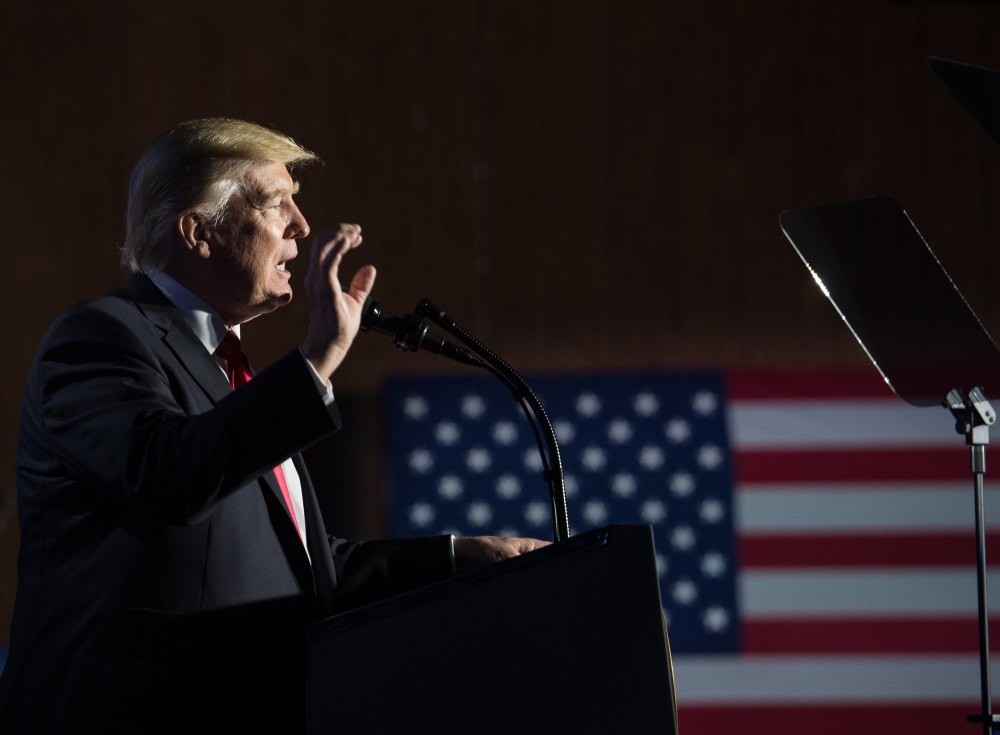 U.S. President Donald Trump speaking to the staff at the Department of Homeland Security in Washington, D.C., Jan. 25.
by Burhanettin Duran
Jan 27, 2017 12:00 am

In order to become a key player in the Middle East again, Washington needs to repair its damaged relations with Ankara

Donald Trump on Friday took the oath of office to become the 45th president of the United States – amid violent protests in Washington and elsewhere.

Having declared war on the Washington establishment and pledged to dismantle his predecessor's legacy, Mr. Trump issued an executive order within his first hours in the White House to start rolling back Obamacare. Still, the incoming administration will encounter fierce resistance from the U.S. government. The comments by senior officials, including CIA Director John Brennan, to President Trump's take on Russia could have sparked a diplomatic crisis if Russian President Vladimir Putin had responded to them. Likewise, Mr. Trump carefully avoided criticism of the Kremlin over the past months – because he knew that the establishment was trying to start a fight.

The Trump administration should think about resetting U.S.-Turkey relations the same way. In order to become a key player in the Middle East again, Washington needs to repair its damaged relations with Ankara – which Turkish President Recep Tayyip Erdoğan would reportedly welcome. Earlier this week, the Turkish prime minister told reporters that his country expected the Trump administration to stop supporting the PKK and its Syrian offshoots, the Democratic Union Party (PYD) and its armed wing, the People's Protection Units (YGP). Until now, the incoming administration sent positive signals to Ankara, but it is important to keep a few things in mind if both countries want to avoid future "accidents."

Having been accused of many things on the campaign trail and since the election, President Trump is unlikely to take seriously the narrative pushed by pro-Obama think tanks about Turkey's supposed authoritarian turn. However, it is important for the Turks to counter the claim that President Erdoğan implements "Islamist policies" – which certain people in the media and on K Street will try and link to key issues including the fight against Daesh, relations with Israel and Islamophobia.

Against the backdrop of Operation Euphrates Shield, the Trump administration and Turkey could work more closely on the anti-Daesh campaign. As a matter of fact, Washington, Moscow and Ankara could launch a joint effort to defeat the terrorists in northern Syria. Needless to say, certain U.S. officials could still strain relations between the Turks and the White House by portraying the YPG as a secular force fighting Daesh and the Turkish government as "radical Islamists." At the end of the day, it will be important for Mr. Trump to acknowledge that sovereign states, not terrorists, should be America's partners in the war on terror.

The Trump administration's intention to repair relations with Israel, in turn, could fuel additional tensions in the Middle East. If the U.S. embassy is indeed moved to Jerusalem, the Palestinian question could turn into a perfect storm. Obviously, the Israelis will try to label the Palestinians as "radical Islamists" and reduce their resistance to Hamas "terrorism." If and when Turkey sides with the Palestinians, K Street will presumably tell the administration that Ankara backs "radical Islamic terrorism."

Finally, the incoming administration's potential steps regarding Muslims and immigrants could strain Turkey-U.S. relations. Ignoring the thick line between moderates and radicals would not only create problems for President Trump at home but also spark a strong reaction against Washington in the Islamic world.

Although repairing Turkey-U.S. relations will not be a walk in the park, Trump and Erdoğan could start cooperating immediately on curbing extremism and fighting terrorism in the Middle East. An added benefit of working with the Turks could be a speedy recovery of Washington's image among Muslims around the world. If both presidents watch out for land mines in their path to partnership, things could get better very soon.
Last Update: Jan 27, 2017 1:50 am