The million-dollar question in Turkey: Why now? 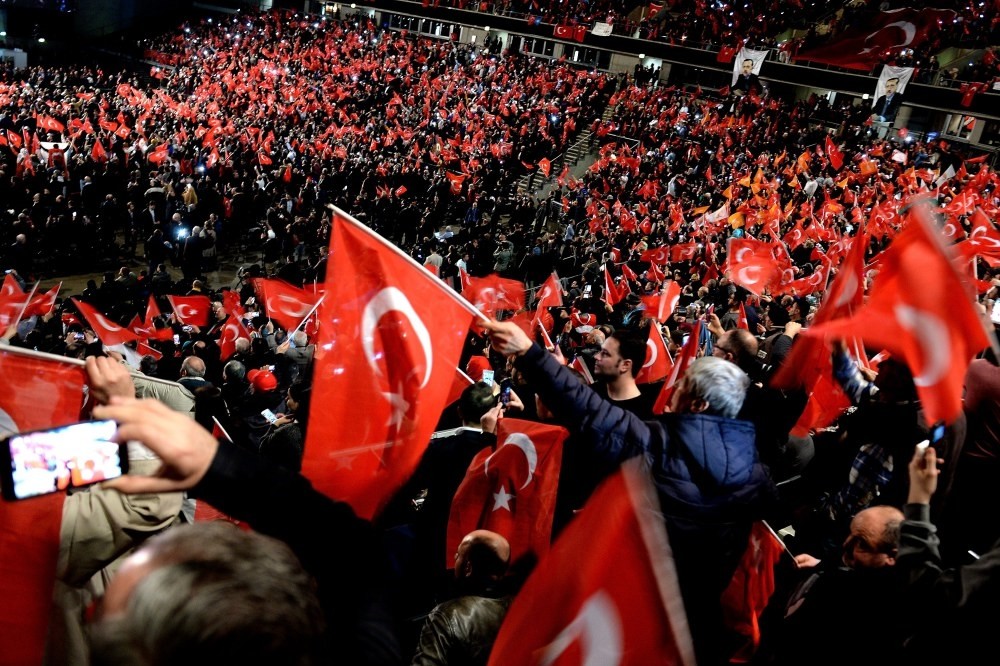 Ahead of the April 16 constitutional referendum in Turkey, the "yes" campaign enjoys an unquestionable advantage: Several well-known politicians are telling voters about the proposed system of governments around the country. To be clear, it's not just that they are popular. They bring decades of experience and oratory skills to the table.

President Recep Tayyip Erdoğan, who won the popular vote 11 times since 2002, has been campaigning in major cities around Turkey. Speaking at public events to launch new projects, he has been spending time with voters in the Anatolian heartland. On Sunday, the Justice and Development Party (AK Party) also launched its referendum campaign in Ankara as Prime Minister Binali Yıldırım braces for an intense effort to help the "yes" campaign break the 60 percent mark. Finally, Nationalist Movement Party (MHP) Chairman Devlet Bahçeli, notwithstanding dissenting voices within his own movement, will travel to various parts of the country to make the case for constitutional reform. At the same time, President Erdoğan has been meeting members of the AK Party elite to address their "concerns" about the presidential system. At the end of the day, it is necessary to persuade undecided voters among AK Party and MHP supporters to mobilize support behind the "yes" campaign.

Ahead of the 2017 constitutional referendum, the most crucial questions are not whether the "yes" campaign is pushing for a one-man rule or regime change – allegations that form the backbone of the "no" campaign led by the People's Republican Party (CHP) and the Peoples' Democratic Party (HDP). The question is far more simple: Is constitutional reform really necessary? Why should Turkey take this step right now? In truth, such questions present a great opportunity to the AK Party to make the case for change. With the memories of the July 15 coup attempt still fresh, many voters are receptive to the argument that it took a strong government to overcome the crises inherent in the existing system of government.

For people over 40, the problems that former President Ahmet Necdet Sezer experienced with the late Bülent Ecevit and Recep Tayyip Erdoğan make a strong case for constitutional reform. However, it is still necessary to explain why the AK Party, having governed the country for 15 consecutive years, wants to amend the Constitution at this time.

In fact, Erdoğan himself recently noted that people in seven provinces, which he visited in recent weeks, were asking about the timing of the constitutional referendum. The answer to this question explains how a series of political crises since 2007 got us here.

Here's a quick reminder: A series of confrontations with the establishment dating back to Abdullah Gül's presidential bid in early 2007 was what got us here. In 2007, a constitutional referendum was held to let the people, instead of Parliament, elect the president. Seven years later, Erdoğan became Turkey's first elected president. The April 16 referendum, in turn, marks the third and final stage of this process – the adoption of a presidential system of government.

To be clear, the July 15 coup attempt effectively convinced the MHP leadership that constitutional reform was necessary. And the AK Party, having called for change since 2007, simply could not pass on this opportunity. Turkey started crossing the river a decade ago. Now it's time to reach the coast.

The question why Turkey needs to take this step right now entails another implicit question: What will happen after Erdoğan? It is understandable that the electorate, which grew accustomed to the Turkish president's charismatic leadership, does not believe other politicians are worthy of the official powers that Erdoğan, in their opinion, deserves. An important point here is that Erdoğan does not want his successors to waste their time or energy with efforts to overcome systemic challenges. As such, he wants to clear the path for others in their attempts to become political leaders. His recent comments on the issue make this case exactly: "There will be no shortage of Erdoğans in this country. I am confident that new Erdoğans will rise. For [future presidents] will be elected with more than 50 percent of the vote."