Erdoğan in the Vatican and Europe's future 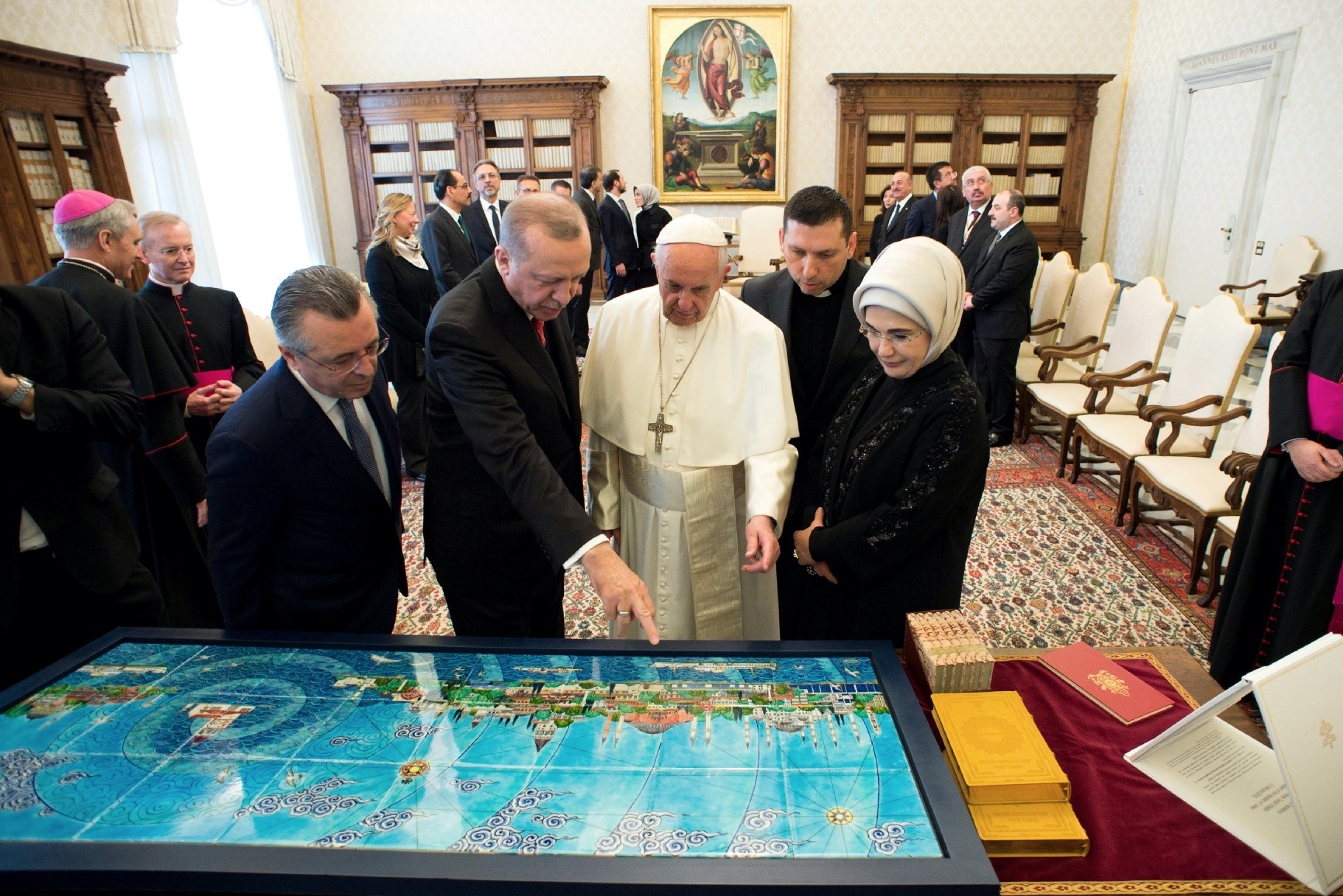 President Recep Tayyip Erdoğan traveled to Rome earlier this week to meet with Pope Francis in the Vatican. In addition to holding a series of meetings at the Holy See, he discussed the future of bilateral relations with Italian President Sergio Mattarella, Prime Minister Paolo Gentiloni and businesspeople.

First of all, it is important to note that Erdoğan's trip was symbolically significant for two reasons. First, he is the first Turkish president to visit the Vatican after 59 years. Secondly, Francis and Erdoğan, in his capacity as the head of the Organisation of Islamic Cooperation (OIC), shared their concerns about Jerusalem with the international community. Readers will recall that U.S. President Donald Trump had announced in December 2017 that he would recognize Jerusalem as the capital of Israel, and Erdoğan was one of the most vocal critics of that decision. Over the following weeks, he spoke with a number of world leaders, including Pope Francis, whom he contacted twice. Meanwhile, the pope reiterated that Jerusalem is sacred to Christianity, Islam and Judaism and urged all parties to respect the ancient city's legal status as determined by U.N. resolutions.

Needless to say, Washington's isolation in the subsequent U.N. General Assembly vote was partly due to this common and reasonable reaction to Trump. Although the U.S. decision threatened to undermine global peace, the Vatican and the EU were quite sensitive to the situation and their sensible approach arguably prevented the next big crisis in the relationships between Muslim countries and the West. In doing so, they established that the West does not offer unequivocal support to Washington's actions, which would have placed Palestine at risk. As a matter of fact, Erdoğan's criticism of the U.S. effectively reflected the frustration of Europe and the broader Christian world with Trump's Jerusalem move.

At the same time, the president's visit to the Vatican was important within the context of recent efforts to reconcile Turkey's relationship with the EU and the fight against terrorism. In a March 2017 meeting with EU leaders, Pope Francis had warned that Europe needs to question itself and find ways to cure problems that emerged over the past six decades. To be clear, the EU's efforts to find new ways for the future cannot succeed until the question of Turkey's membership is resolved. In a recent interview with the Italian La Stampa newspaper, Erdoğan stressed once again that his country wants to become a full member of the EU: "Our expectation from the EU is that it will lift the artificial obstacles in our path without delay and develop a constructive approach. Turkey's membership must not be sacrificed for domestic political calculations."

The solidarity between the pope and Erdoğan on Jerusalem promises to prevent Europe's isolation and revive the bloc's relationship with Turkey. Furthermore, it is noteworthy that the two leaders reiterated their commitment to combat xenophobia and Islamophobia together.

Simply put, all of this means there will be no more politicians like German Chancellor Angela Merkel or Social Democratic Party (SPD) Martin Schulz in Europe's future. Even people like French President Emmanuel Macron are temporary. Instead, a new generation of young politicians whose style is closer to that of Austrian Chancellor Sebastian Kurz, is rising through the ranks. Their approach leaves no room for close cooperation with Turkey, let alone Ankara's membership bid.

Coincidentally, at a time when the transatlantic partnership faces an ever-deepening crisis, Europe desperately needs to work with Turkey to ensure its security, promote stability and stem illegal immigration. Unable to overcome domestic challenges, Europeans watched the civil wars in Syria and Iraq from the sidelines. Provided that Europe is directly affected by crises in the Middle East, it is crucial for European leaders to find common ground with their Turkish counterparts and play a more active role in regional politics. Needless to say, any contribution to Turkey's fight against the PKK and People's Protection Units (YPG) in Syria would facilitate rapprochement.