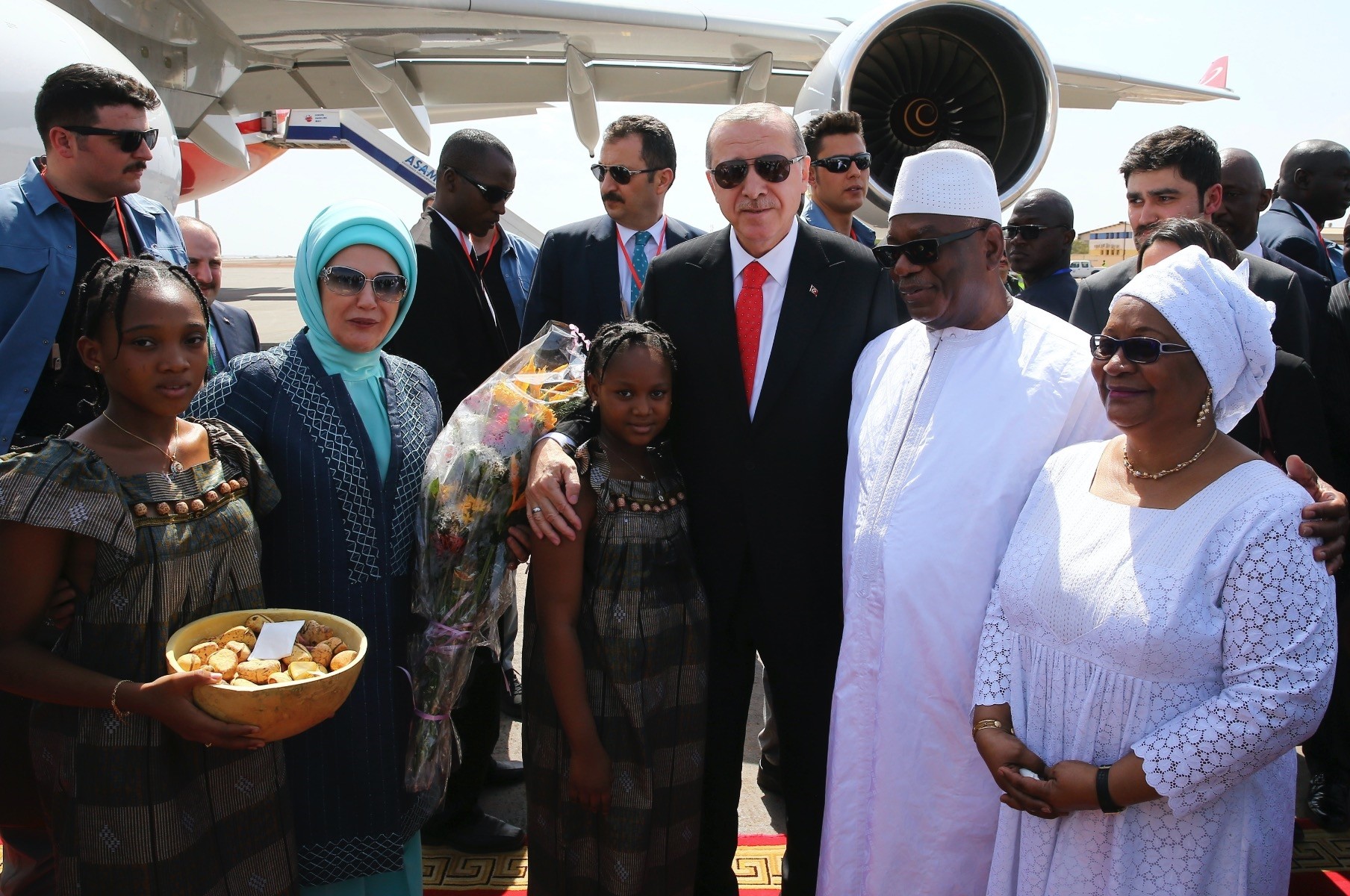 Rather than a single diplomatic policy, Turkey's Africa initiative is a step toward forging a new identity that can struggle against colonial powers

Last week, President Recep Tayyip Erdoğan was in Mali, the final stop in his visit to Africa. He is the first Turkish president to visit the country, which he called "one of Islamic civilization's most important centers in Africa." Having gone to four Muslim countries in West Africa, Erdoğan is committed to visiting all of Africa. His next destination will be southern Africa.

The president launched Turkey's Africa opening in 2005 as part of a broader agenda to make Turkey one of the world's most competitive powers. He is taking long-term steps because he believes that Africa will get back on its feet some day. This audacious objective has more to do with the strategic necessities of the country than the personal ambitions of its leader.

Every passing day, we see U.S. President Donald Trump going forward with his America first policy, as the international power struggle gets fiercer. Currently planning to impose tariffs on imported steel and aluminum, it appears that Washington, a long-time fan of the liberal economic order, is now turning its back on that ideal. Trump's America has been taking nationalist steps and world powers are forced to adapt to the changing circumstances. Having strengthened its presence in Ukraine and Syria through military power, Russia is opening the discussion on nuclear proliferation. Meanwhile, China, which has been consolidating its hard power in Asia, deepens its economic and soft power in all parts of the world, starting with Africa. Europe, in turn, is going through a period of divisions and reluctance in the wake of Brexit and Trump's surprise election victory. It has been unable to make strategic decisions over the past year, and it goes without saying that Turkey has no choice but to closely monitor the great power struggle and play the game.

In fact, all countries that fail to develop their capabilities and make use of their human capital to stay on their feet amid international turbulence will suffer the consequences. To cope with this new period of uncertainty, they must develop effective and dynamic policies. At the same time, they need strong, domestic political consolidation to make it.

It is crucial that national identities undergo transformations to live up to the need for dynamism. Turkey, which felt the international turbulence quite early due to civil wars next door, is strengthening its economic relations with the non-Western world. At the same time, Turkey's identity has opened up and transformed. Having focused on the goal of integration with the West for more than a century, the Turkish state is now reaching out to Russia, the Middle East and Africa. As such, Ankara's criticism of colonialism and push for fair cooperation in Africa, where it competes with the United States, China and European countries, is not just a tactical move. At the same time, it is a step toward forging a new identity.

It would appear that Turkey's identity is being transformed in two ways. First, Ankara is redefining its relationship with great powers, including the West, to protect its national interests and stay safe. Redefining the relationship, to be clear, is painful. At this time, Turkey is looking to cooperate with the United States in Syria. At the same time, it is willing to strain its relationship with the U.S. by purchasing S-400 missile defense systems from Russia and cracking down on the People's Protection Units (YPG).

Secondly, it seeks to take care of itself and pursue new economic and strategic opportunities. This is what the president's recent trips to Latin America and Africa were focused on. The number of Turkish embassies in Africa rose to 41, as various Turkish agencies and the business community launched new initiatives across the continent to prepare the country for the fierce competition ahead.Our identity is being reshaped in a complex world of struggle and cooperation. It is becoming more global, more African, more Latin American, more Asian and more Turkish.

Burhanettin Duran is General Coordinator of SETA Foundation and a professor at Ibn Haldun University. He is also a member of Turkish Presidency Security and Foreign Policies Council.
Last Update: Mar 06, 2018 1:03 am
RELATED TOPICS