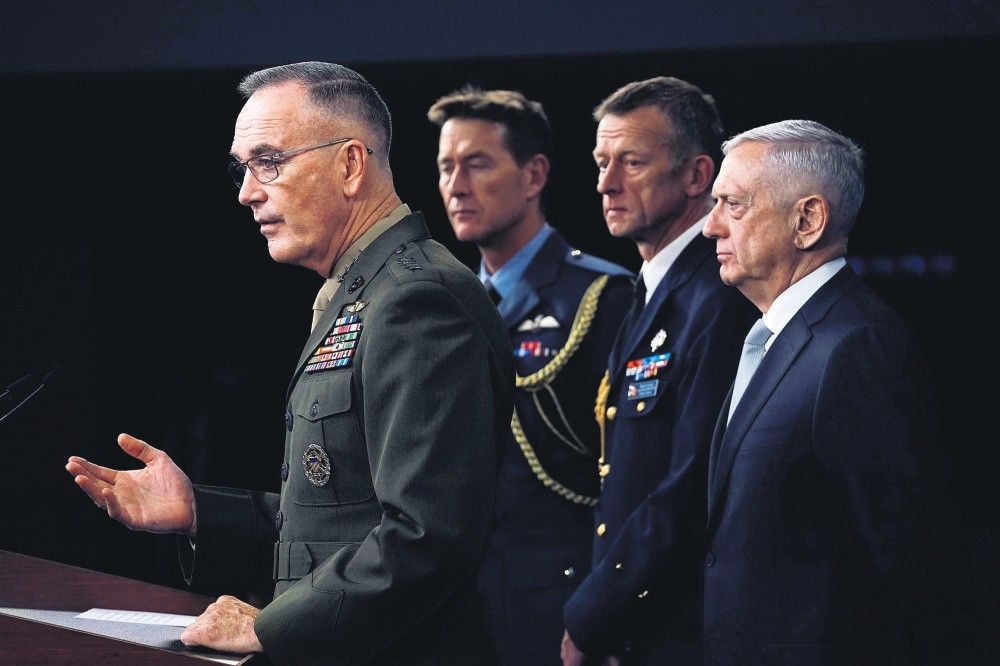 Joint airstrike by the U.S., France and U.K. after the Syrian regime's use of chemical weapons in Douma is a ticket back to the table for the U.S., French and British leaders

In the wake of last weekend's airstrikes against regime positions, tensions are slowly — and temporarily — de-escalating in Syria. Members of the Donald Trump administration spent the good part of the past week trying to defuse tensions that U.S. President Donald Trump fueled by threatening Russia with smart bombs via Twitter. Still, it is no secret that Washington does not want its retaliatory strikes against Bashar Assad to result in a direct confrontation with Moscow. As a matter of fact, Secretary of Defense Jim Mattis expressed concern that the situation could "escalate out of control." Meanwhile in Russia, policymakers are worried that the U.S. will launch a broader military offensive against the Syrian regime. It was noteworthy, in this sense, that Russian Foreign Minister Sergey Lavrov warned the West against a "Libya-style adventure" in Syria.

After Germany announced that it would not partake in a military campaign against Assad, French President Emmanuel Macron — a passionate opponent of the Syrian regime — stressed the need to maintain dialogue with Russian and British media outlets, emphasizing the risks associated with a potential hot conflict with Moscow.

In other words, Trump is unlikely to change his mind about punishing Assad, even though Washington seeks to address Moscow's concerns. After all, taking a step back in the face of Russia's threats would have much more serious consequences for Washington than losing face. We already know that the U.S. president is extremely capable at creating crises and de-escalating tensions only to re-escalate them. His actions regarding North Korea, China and Syria are important cases in point. To make matters worse, tensions will probably escalate again when Trump refuses to sign off on the Iran nuclear deal soon.

My sense is that the U.S. president subscribes to a policy of controlled tension. He seems to think that shaking the very foundation of international order and multilateral treaties is the best way to protect American interests. Trump's decision to withdraw from and return to the Trans-Pacific Partnership, coupled with his trade war with China, issue-based rapprochement with Europe and approach to the Palestinian question, all reflect this tactic. To be clear, he doesn't care about the costs of this trial-and-error method as long as his supporters are happy.

I do not believe that the United States, France and Britain will stop trying to punish Assad primarily because the current crisis is their ticket back to the negotiating table. A group photo taken in the Turkish capital Ankara earlier this month, which featured the presidents of Turkey, Russia and Iran as the most prominent players in Syria, sent shock waves across Western capitals, as the idea that the West could no longer influence the course of the Syrian conflict spread like wildfire.

As a matter of fact, political commentators overwhelmingly argued that the West could not limit Moscow's influence in the Mediterranean and the Middle East, just as it failed to contain Iranian expansionism. At this point, the Douma chemical attack, which Assad presumably launched to teach rebel commanders in Idlib a lesson, presented the United States, Britain and France with a golden opportunity to play a more prominent role in Syria. To be clear, it would serve Turkey's interests if Western leaders are primarily focused on the fate of Assad in the post-Daesh period.

At this point, the Syrian opposition have no protectors but the Turks, who can simultaneously cooperate with the United States, Europe, Russia and Iran. Turkey can benefit from Washington's policy of controlled tension in two ways. First, Turks can hold more productive talks with the United States and make concrete progress in their fight against the terrorist organization PKK's Syrian branch, the Democratic Union Party (PYD), and its armed wing, the People's Protection Units (YPG). Moreover, they can revive the Geneva process in order to promote political transition, which would result in Assad's removal from power. Ankara, therefore, must stick to its balancing act between the two sides of tensions in Syria.