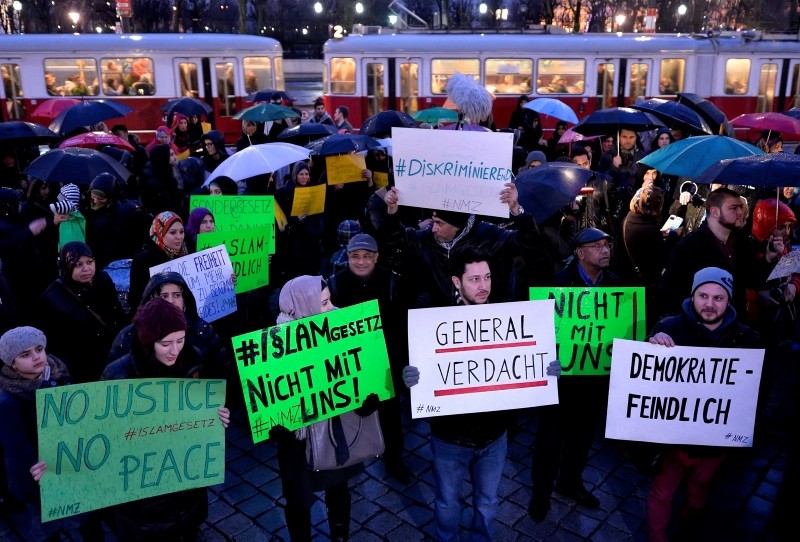 The so-called 'fight against radicalization' seen in Austria and across Europe in general, only encourages discrimination and alienates Muslims from society through a far more destructive form of radicalism

Earlier this week, Austria's far-right prime minister, Sebastian Kurz, decided to shut down seven mosques and expel 40 imams from his country. The official reason given was that a play about the Battle of Gallipoli was staged at a mosque managed by the Turkish-Islamic Union for Cultural and Social Cooperation in Austria (ATIB) and Salafi control over the Arab Religious Community, which controlled the remaining six mosques. The imams, Austrian officials say, were expelled because they received financial support from abroad.

It would appear that the Austrian government's controversial decision, which was based on the country's recently adopted "Islam Law," represents a beginning. In other words, there will be more of what just happened. Hailed as a step to "combat political Islam and radicalization," the decision was not surprising since Kurz has been calling for a fight against political Islam.

Kurz is a known Islamophobe who pushed for a controversial headscarf ban at all levels of education, including universities, in April. Under his watch, his party, the Austrian People's Party (ÖVP), has moved away from its Christian Democrat roots and toward the far-right. Unsurprisingly, Kurz would like the European Union to terminate membership talks with Turkey.

The fact that the government in Vienna dared to close mosques and deport dozens of imams without even paying lip service to their alleged "terror links" is a bad omen. First, however, let us talk about Austria's intentions. The controversial decision made by Kurz's government this week is part of a broader attempt to bring the Austrian Muslim community's religious life under state control.

Officially, such efforts aim to prevent Muslim immigrants from coming under the influence of "radical Islam" in their native countries. In other words, this is an attempt to create an Austrian Islam in the name of "integration." The Austrian government wants to train imams at local universities and appoint them officially. As such, this is an attempt by the country with Europe's first "Islam Law" to take a concrete step toward the idea of "Euro-Islam." The problem with this approach, however, is that such decisions set in motion forces of exclusion rather than facilitate the integration of Muslims in Europe or Austria.

It makes room for Islamophobia within the political mainstream in Europe, marginalizes politicians that stress the importance of multiculturalism and peaceful coexistence, and perpetuates a discriminatory and racist political atmosphere that excludes Muslims. As we all know, this "struggle" against "radicalism" leads to nothing but more "radicalism" in the end. Austria emerges as Europe's leader in the area of Islamophobia.

European efforts to combat "radicalization" are misguided for a very obvious reason. Europeans seem to think that severing the Muslim community's links to their native countries is the answer. Immigrants from Tunisia or Turkey, however, won't become European, Germans or Austrians overnight because they have been deprived of their religious or national identity. Nor are Germans and Austrians eager to consider Muslims as Germans or Austrians. Quite the contrary, young people with no sense of belonging will be radicalized more easily.

For example, the Turkish Presidency of Religious Affairs (Diyanet) has been an effective safeguard against radicalization among Turks in Europe. The Turkish community's frequent contacts with their native country prevent them – especially conservative and religious individuals – from isolating themselves from their host society in an attempt to protect their identity.

The Austrian government, which is unsettled by a play about the Battle of Gallipoli today, might have to ask Turkey for help in the future when young people fall prey to radical movements. A policy that targets mosques, imams and the Islamic headscarf, in turn, won't just associate Islam with radicalism and terrorism. As this wave of far-right extremism and populism becomes stronger, cosmopolitan Europeans will be the next target and Europe will turn its back on its universal values.