Brunson, Gülen and the unacceptability of an asymmetrical relationship 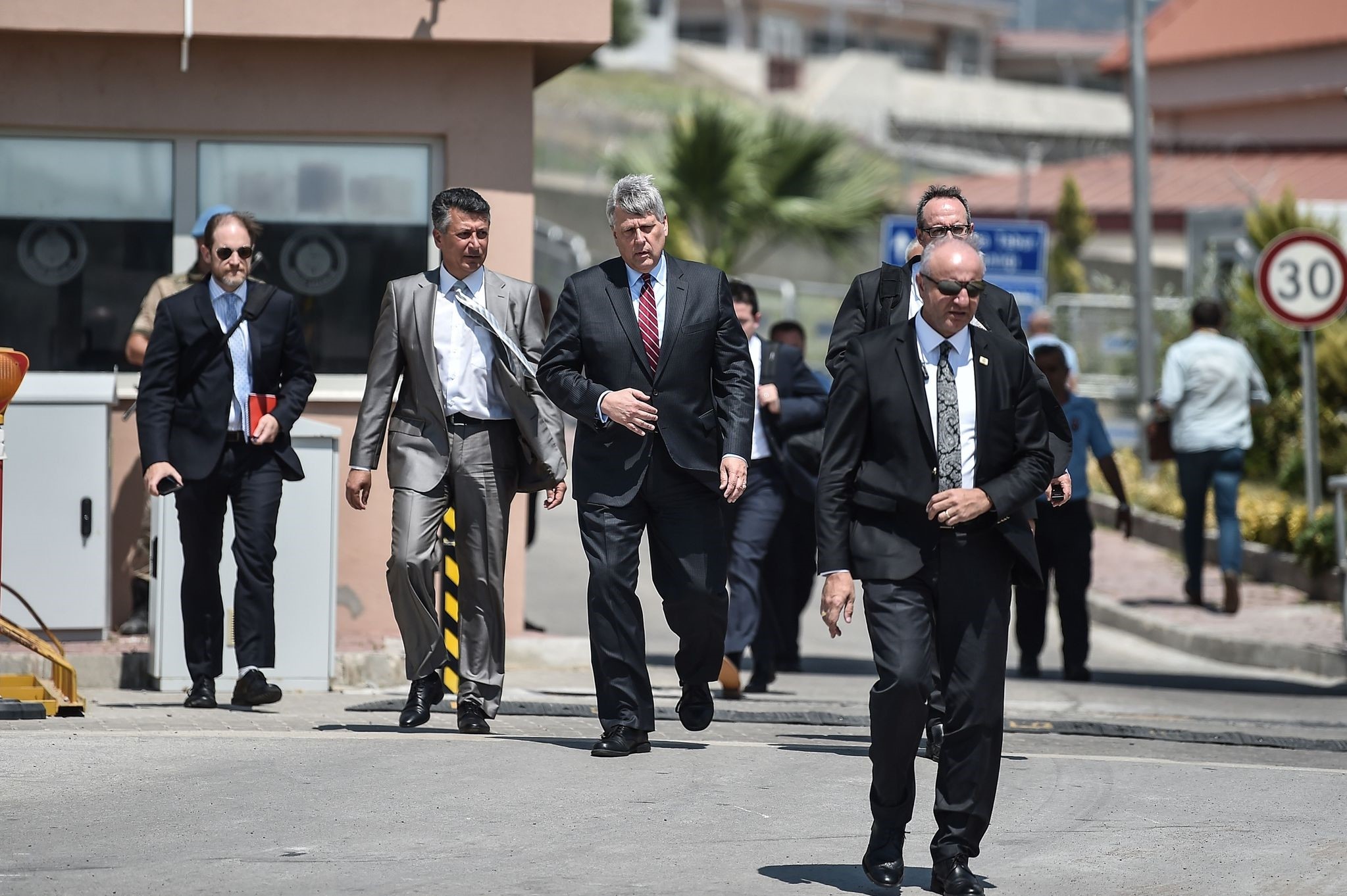 U.S. Charge du2019Affairs Philip Kosnett, third from left, leaves after the trial of U.S. Pastor Andrew Brunson who has been detained in Turkey for over a year on terrorism charges, Aliau011fa, u0130zmir, July 18.
by Burhanettin Duran
Jul 23, 2018 12:00 am

The tensions between Turkey and the United States are escalating yet again, as U.S. congressmen attempt to limit Ankara's ability to receive loans from international financial institutions citing the decision by a Turkish court to keep Pastor Andrew Brunson behind bars. It became clear that this issue was going to strain Turkey-U.S. relations when U.S. President Donald Trump described Turkey's failure to release Brunson as "a total disgrace" and called on his Turkish counterpart, Recep Tayyip Erdoğan, to "do something."

Under pressure from Evangelists, President Trump wants to secure Brunson's release from prison ahead of the midterm election in November. The pastor's arrest in Turkey could be a key issue during the campaign, which will start in late August. The upcoming elections make it critically important to manage bilateral tensions. Failure to keep various issues separated makes normalization more difficult.

Meanwhile, the U.S. Senate desperately wants to punish Turkey. There is an ongoing effort to link Ankara's decision to purchase the Russian S-400 missile defense system with the delivery of F-35 fighter jets to the Turkish military and Pastor Brunson's situation. In June, U.S. senators Lindsey Graham and Jeanna Shaheen visited Turkey to discuss this issue with President Erdoğan. They were hoping to secure Brunson's release this month. The court, however, turned down a request for his release and scheduled the next hearing for October – the height of President Trump's election campaign.

Of course, Turkey is closely following efforts to stop normalization. The Turks are deeply concerned about the lack of progress regarding the Gülenist Terror Group (FETÖ), on which the third working group has been occupied with. Washington's efforts to stall Fetullah Gülen's extradition while pushing for Brunson's release are not lost on Turkish officials. Meanwhile, the FBI is investigating Gülen's organization for criminal activities involving its charter school network in the United States.

In recent months, U.S. officials have done nothing but stick to their talking points about the lack of concrete evidence linking Gülen to the July 15, 2016 coup attempt in Turkey. As such, even the third working group seems to be working asymmetrically. Earlier this week, six U.S. senators introduced a bill seeking to limit Turkey's ability to receive loans from international financial institutions "until the Turkish government ends the unjust detention of U.S. citizens." Again, there seem to be problems with the implementation of the Manbij roadmap. The current situation is proof that the normalization process, which Turkey and the U.S. started by forming three working groups in February, won't be a walk in the park.

At the heart of the problem lies Washington's false assumption that U.S. and Turkish negotiators are not equally powerful. This problem arises due to efforts by certain groups in Washington despite a commitment by presidents Donald Trump and Erdoğan to work together. A toxic mix of anti-Turkish sentiments and American nationalism in the U.S. Senate makes it difficult to find a solution ahead of the midterm election. The main obstacle before normalization is that the U.S. fails to appreciate the Turkish public's position on the July 15 coup attempt and FETÖ. Disheartened by Brunson's arrest, U.S. policymakers don't seem to understand how deep anti-Gülen sentiments run in Turkey. The U.S. concerns about Brunson's "captivity" go hand-in-hand with Turkey's frustration with Washington's harboring of an enemy of the state.

The Trump administration has been trying to prevent U.S. senators from creating new crises in bilateral relations by putting all Turkey-related issues in one basket. U.S. Secretary of Defense Jim Mattis' warning about the F-35s and U.S. Secretary of State Mike Pompeo's efforts are geared towards this goal. But some groups want to fuel tensions with reference to the Brunson case rather than the S-400 or the F-35s and the senators in questions want to play along.

The question is as follows: Will the U.S. be able to save the relationship from the midterm election? Keeping in mind Washington's willingness to address its problems with Turkey through cooperation after the June 24 elections, the Brunson issue must not lead to a standstill.

The key to normalization is to accept the fact that the Turkey-U.S. alliance cannot be sustained with a perpetual sense of asymmetry. Frowning upon the security concerns and national interests of one's allies will only damage the relationship.