Turkey wants to see Syrians, not terrorists or Assad, rule their own country 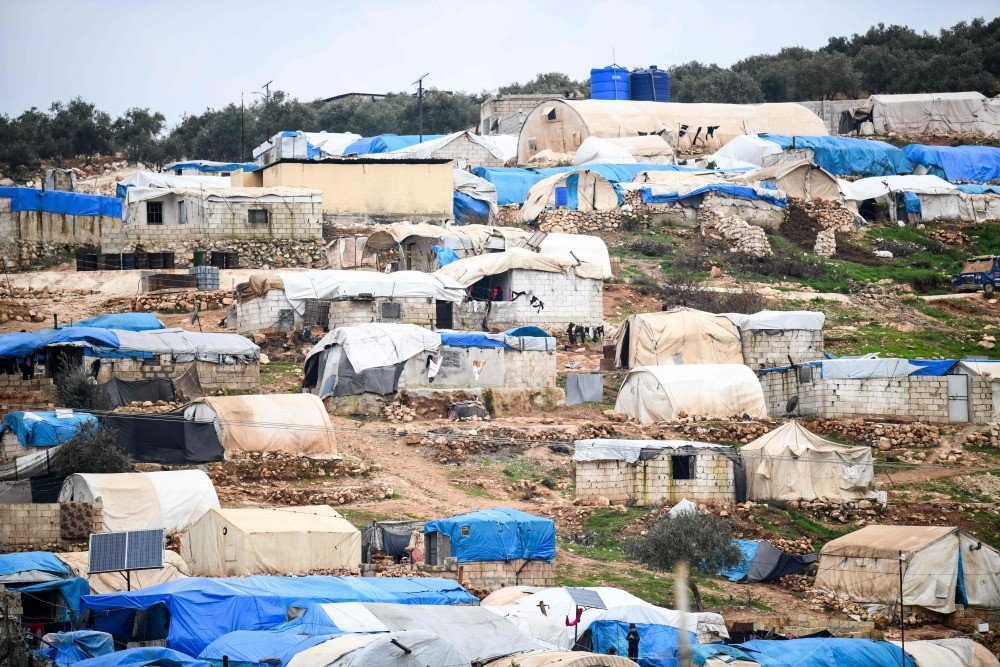 The Syria debate will consume more of Turkey's time and energy in 2019 due to the side effects of Washington's imminent withdrawal from the conflict zone and Ankara's growing footprint there. The Turkish public associates the Syria file with three interrelated issues: The fate of the PKK-affiliated People's Protection Units (YPG), the future of the moderate opposition and what lies ahead for Syrian refugees.

Under immense pressure at home, U.S. President Donald Trump is inclined to slow down the withdrawal of American troops from Syria. He wants to protect the YPG militants, but it remains unclear what will happen to the territories currently under Washington's control. Both Russia and the U.S. are mulling over the creation of a so-called buffer zone, in an attempt to secure Turkey's southern border. Whereas Moscow wants the Assad regime to control a larger portion of Syrian territories to strengthen its ally's hand at the negotiating table, Washington is looking for ways to save the YPG from eradication.

Having suffered more side effects of the Syrian civil war than any other country, Turkey happens to be the only stakeholder working for lasting peace in Syria. Home to more than 3.5 million Syrian refugees, the country conducts military operations and supports the Astana process to promote a political transition that would include the Sunni Arab community. To ensure lasting peace and stability in Syria, two considerations – driving out the YPG militants and integrating the moderate opposition into the new Syria – are of key importance. The first development is crucial for the country's territorial integrity and neutralizing threats against Turkey's national security. The second factor is necessary, so some 6 million Syrian refugees can return home. Finally, it should go without saying that the future of Bashar Assad is closely tied to these two considerations.

Certain Arab countries, including Bahrain and the United Arab Emirates (UAE), reopened their embassies in Damascus recently, boosting the Assad regime's legitimacy. Even if the Syrian dictator were to seize more territory, everything is still up in the air. Millions of Syrians abroad will never go back to their country with Assad in charge. Moscow, Assad's chief sponsor, is eager to host a conference on Syrian refugees in an attempt to convince them to return home. Yet, Assad clearly does not want those Syrian citizens come back. Sooner or later, Russia will have to dump the Syrian dictator. Otherwise, the Syrian civil war may never end, and the country won't be able to find the money to begin a rebuilding process. The case of Iraq is proof that stopping violent clashes and ending the civil war are two completely different things. With the problem of illegal immigration hanging over Turkey, Jordan and Europe like the sword of Damocles, there will be no lasting solution to Syria's current problems.

Advocates of dialogue between Turkey and the Assad regime are missing a critical point. It is impossible to hold genuinely free and fair elections in Syria unless the moderate opposition enjoys some kind of political status – nor will Syrian refugees return to their native country under those circumstances. The mass influx of Syrians to Europe just a few years ago demonstrated that the problem of illegal immigration has the potential to determine Europe's political future. Far-right extremists and populist movements have been chipping away at its political center, citing the supposed refugee threat. To be clear, Turkey's military footprint in Syria and Ankara's support to the moderate opposition are directly related to the safe return of most Syrian refugees from Turkish soil to their own lands.

Until now, Turkey has been able to shoulder the refugee burden thanks to President Recep Tayyip Erdoğan's strong leadership alone. The opposition's discriminatory statements amount to sheer recklessness. Their reaction to Syrian refugees ringing in the new year in Istanbul's Taksim Square clearly demonstrated the dangers of manipulating public sentiment.

Turkey does not want any Syrian territory for itself. The Turkish people will continue to treat their Syrian brothers and sisters with due hospitality and fight for their right to have a country of their own. At the same time, Turkey wants Syrians across its southern border – Syrian Arabs, Turkmens, Kurds and Christians. It does not wish to see the PKK/YPG terrorists or Assad, the murderer of Syrian citizens, in charge. Until all these boxes are checked, the Syria file will never be closed.