Trump's men seek to undermine his decision to leave Syria 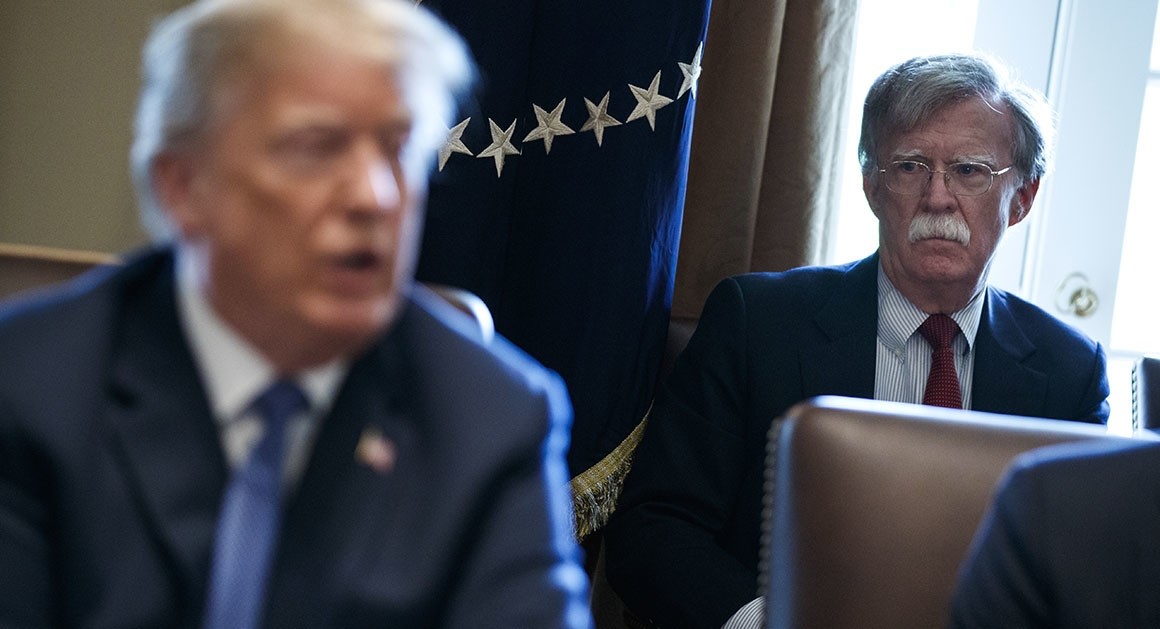 Trump's foreign policy team aims to implement their own agenda but not the president's in Syria, deliberately ignoring orders he gave them regarding the region

Judging by what Secretary of State Mike Pompeo and Bolton have been doing and saying lately, there's something fishy going on. Bolton made a quick stop in the Israeli capital Tel Aviv on his way to Turkey. Pompeo will go on a week-long tour of Gulf states today. Those moves suggest that Trump's foreign policy team remains committed to containing Iran and protecting/comforting U.S. partners, including the People's Protection Units (YPG), the designated terrorist organization PKK's Syrian affiliate. Although Trump pledged to withdraw U.S. troops from Syria last month, some members of his administration have been trying to slow things down. Their unwillingness to implement Trump's policy decisions renders those decisions effectively null and void. As such, it seems that Secretary of Defense James Mattis resigned for no good reason. Unable to devise a long-term Syria policy, the Trump administration seems confused about leaving Syria due to tensions within the administration. After all, a new Syria policy will unmistakably amount to a new Middle East policy.

It would appear that Trump and his foreign policy team – read Pompeo, Bolton and Jeffrey – do not see eye to eye on Middle East policy. The president publicly said that Iran "can do what they want" in Syria; yet, those defiant members of his administration are trying to fuel anti-Iran sentiment in the region. Why else go on a week-long trip to the Gulf? Moreover, Pompeo's agenda seems broader than addressing Israeli and Saudi concerns about Iran. It is almost like the secretary of state and others are pursuing an Iran policy independently of Trump.

Obviously, what Trump means by containment isn't Pompeo's infamous 12 demands. The White House believes that renegotiating the nuclear deal is good enough. Ironically, Trump's approach is even more pacifistic than his predecessor's Iran policy. The U.S. president's men, however, are after more comprehensive containment, because they are all anti-Iran hawks.

Although Trump told Turkey, Russia and Iran to finish the job in Syria, his foreign policy team has been busy issuing statements to ensure that Turkey can't fight Daesh terrorists there. They would like Turkish forces to steer clear of the YPG-controlled area. In other words, they want Turkey to fight Daesh without establishing a foothold in northeastern Syria. As U.S. officials pledge to protect Syrian Kurds from an imaginary massacre by the Turks, certain news organizations have been criticizing a Turkish request from the United States for logistical support in the new counter-Daesh campaign. Under immense domestic pressure, Trump started making concessions. In recent days, the U.S. president backtracked on his earlier pledge to pull out of Syria immediately.

As Trump's foreign policy team introduced such conditions for the withdrawal of U.S. troops from Syria, one cannot help but wonder whether American bureaucracy has reversed a decision by the president of the United States. Are we back to square one? According to statements by certain senators and senior officials, Washington will defeat Daesh, protect the PKK's Syrian affiliate and contain Iran – even if Trump goes through with the Syria withdrawal. How the U.S. is supposed to accomplish these goals, which have proved impossible so far, without military presence on the ground eludes experts. Withdrawing troops and setting goals that contradict the facts on the ground are a recipe for disaster. Likewise, asking Turkey to lead the charge against Daesh in Syria and urging it not to target the local affiliate of a designated terrorist organization is seriously problematic. It is one thing for Turkey and the United States to negotiate a timeline and a road map. Yet, Turkey cannot be expected to fight Daesh effectively unless the U.S. hands over some of its military bases in northern Syria to Turkish forces and Ankara establishes a foothold there – which means that the YPG militants will have to leave, at minimum, some areas that they currently control.

That the U.S. president's men will make new moves to drag out Washington's withdrawal from Syria and undermine the White House in the process isn't entirely unexpected. There is a strong possibility that they will call for a diplomatic offensive to compensate for America's shrinking military footprint – which would involve an all-out assault on the Astana process, which Jeffrey last month said should end.

The soldiers that defied Trump have stepped down. Yet, the U.S. president's current team seems more interested in swinging the lead than implementing Trump's decisions. By playing for time and making new moves, they are desperately trying to undermine the White House's authority. Let's wait and see whether Trump has more tricks up his sleeve.

Burhanettin Duran is General Coordinator of SETA Foundation and a professor at Ibn Haldun University. He is also a member of Turkish Presidency Security and Foreign Policies Council.
Last Update: Jan 09, 2019 8:00 am
RELATED TOPICS