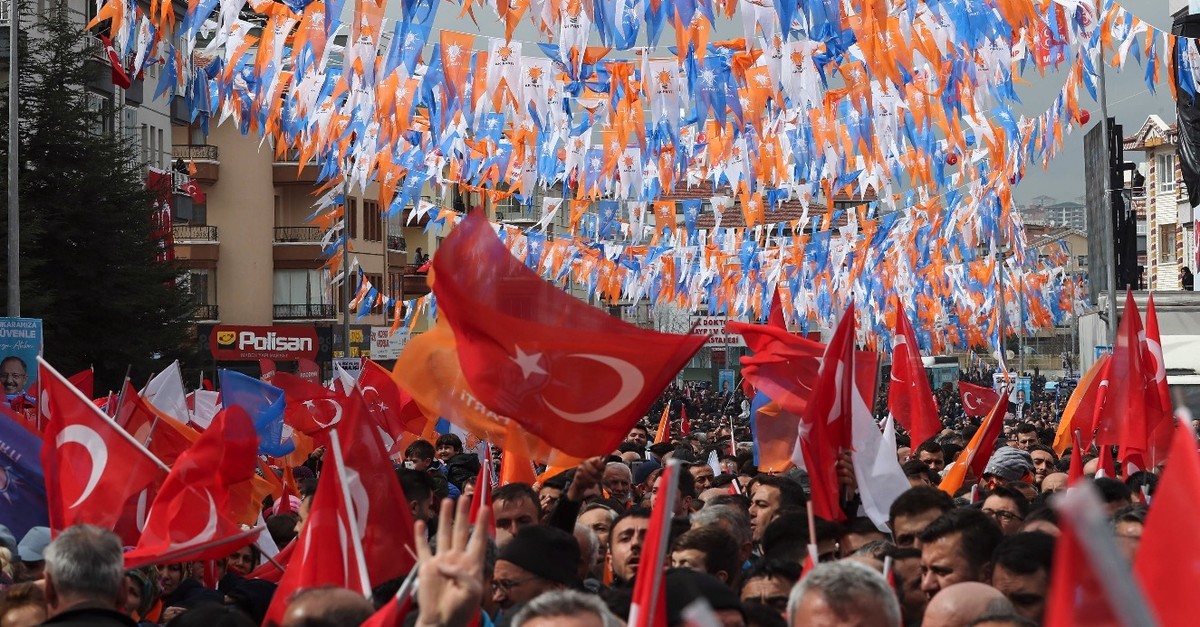 The final two weeks of any election campaign fuels the momentum that settles the score. Leaders and candidates, therefore, put their best foot forward in the final days before the election. Turkey finds itself at that very spot now. The municipal election is just 10 days away.

Avoiding mistakes is the key to success in hard-fought campaigns. Whoever manages to steer the conversation enjoys an advantage over their opponent to influence voters. President Recep Tayyip Erdoğan has traditionally been the hardest-working politician in election campaigns. Perhaps more importantly, he is a master of final moments. Erdoğan never seeks to dig his heels and stand his ground. Instead, he tries to take another step forward.

The March 31 municipal elections are no exception. In the early days, Republican People's Party (CHP) Chairman Kemal Kılıçdaroğlu tried to build a grand coalition and refrained from starting a war of words. He handpicked his party's mayoral candidates in Istanbul and Ankara from among politicians who could push a more moderate narrative on the campaign trail. Having "learned" from past mistakes, Kılıçdaroğlu did not build a campaign on anti-Erdoğanism and the charge of dictatorship. Instead, the CHP's platform was focused on everyday economic hardship: rising prices, the minimum wage and the experience of pensioners.

By contrast, the People's Alliance highlighted threats against Turkey's national survival. It targeted the CHP's partnership with the Good Party (İP) and the Peoples' Democratic Party (HDP). Although the opposition protested that local elections had different dynamics, it could not counter Erdoğan's argument that it was in bed with the PKK terrorist organization's political wing. In the end, Erdoğan managed to turn the race into a debate over national survival.

Over the last weeks, Kılıçdaroğlu made two major mistakes. First, he claimed that the PKK's Syrian wing, the Democratic Union Party (PYD)-People's Protection Units (YPG), would "never attack" Turkey despite the very obvious threat emanating from northern Syria. For a politician who faced criticism for joining forces with the HDP, that was the poorest choice of words possible. Kılıçdaroğlu's second mistake was to describe the Christchurch massacre as "terrorism rooted in the Islamic world." That he would see a deadly attack, which claimed 50 victims, by a terrorist who openly threatened Turkey and Erdoğan was inexplicable. By contrast, Erdoğan showed courage in the face of Israeli Prime Minister Benjamin Netanyahu's insults and as a leader mentioned on the New Zealand terrorist's hit list. On the 104th anniversary of the Turkish victory at Gallipoli, he positioned himself as an adversary of the "New Crusaders."

The HDP was to blame for the opposition's loss of control over the public debate. In the very first days of the campaign, HDP Chairman Sezai Temelli scored an own goal by calling for an independent "Kurdistan." He proceeded to claim that Mansur Yavaş and Ekrem İmamoğlu, the CHP's mayoral candidates for Ankara and Istanbul, knew "that they will have won with HDP support." Hence the People's Alliance's emphasis on the HDP connection. In the end, Yavaş, himself at the center of a fraud investigation, had to take a jab at the HDP leadership: "Those who fail to distance themselves from terrorist groups must keep their distance from us. Are we the kind of people to cooperate with PKK affiliates?" As such, the public debate focused on the question of national survival – just as the People's Alliance intended.

İP Chairwoman Meral Akşener, who knows where the race is going, now seeks to distract the public from the topic of national survival by falsely accusing Erdoğan of labeling ordinary people as terrorists. Most recently, she blamed the Turkish president for helping the HDP increase its support to 6 million voters by launching the peace process. That effort is futile, since criticizing the AK Party over its pre-2013 dealings with the Gülenist Terror Group (FETÖ) or with the HDP before 2015 would be insufficient to account for where the CHP and the İP stand today. It will only deepen the national survival debate and give new ammunition to Erdoğan.