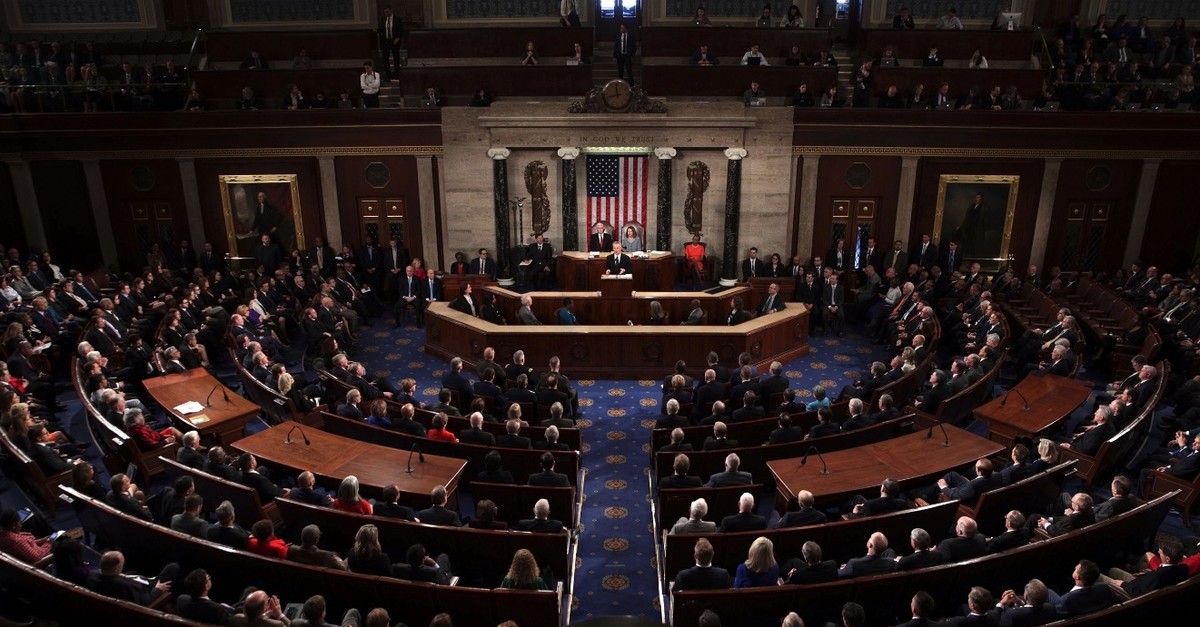 The United States is escalating tensions over Turkey's plan to purchase the Russian S-400 air defense system. Since last week's Turkish municipal election, the Americans have been saying everything that they assumed would have helped Turkish President Recep Tayyip Erdogan and the People's Alliance ahead of the election. In truth, they are responding to Erdogan's criticism of U.S. policy in Venezuela and the illegal annexation of Golan Heights.

It seems that the ripple effect of tensions between Turkey and the United States won't be limited to the F-35 fighter jets either. As a matter of fact, members of the Trump administration associated the issue with NATO by voicing their criticism around the organization's 70th anniversary. Their goal is to put pressure on NATO allies to isolate Turkey within the alliance, citing the S-400 procurement.

U.S. Vice President Mike Pence, who was the architect of last year's crisis over Andrew Brunson's arrest, took the stage again: "Turkey must choose: Does it want to remain a critical partner of the most successful military alliance in the history of the world? Or, does it want to risk the security of that partnership by making reckless decisions that undermine that alliance?"

Turkey's Vice President Fuat Oktay responded to Pence's threat in kind: "The United States must choose. Does it want to remain Turkey's ally or risk our friendship by joining forces with terrorists to undermine its NATO ally's defense against its enemies?"

Washington's main argument is that the F-35 fighter jet's data security will be compromised by the S-400. Building on that claim, the Americans are actively trying to involve F-35 program partners as well as NATO in the S-400 debate. Yet NATO's Secretary-General Jens Stoltenberg maintains that NATO allies make their own decisions about military procurement and urges Turkey and the United States to settle their dispute by finding a middle ground – which the Turks appreciate.

The Turkish Foreign Ministry offered to form a joint technical committee to review the F-35's data security. Yet Washington could not care less about actual technical details. The Americans simply do not want Russian weapons in the military inventory of a NATO ally or Moscow to become a more prominent player in the global arms market. As such, they intend to teach everyone else a lesson by singling out Turkey.

Washington escalates tensions today, even though U.S. President Donald Trump himself acknowledged that it was a mistake not to sell the Patriot air defense system to the Turks when they asked and even though the S-400 deal is already done. It ignores Stoltenberg's recommendation, as Pence insinuates that Turkey's NATO membership could be opened for discussion. Already experiencing a crisis over its disagreement with European nations on NATO's future, the United States is mounting pressure on Turkey to trigger a crisis within the alliance.

There is nothing in the North Atlantic Treaty about kicking out members and it is clear that Turkey deeply cares about NATO. Moreover, Ankara did not purchase the S-400 system to play Russia and the United States off against each other. The Turks simply wish to address their need for stronger air defense, which became apparent during the Syrian civil war.

Washington's move to force Turkey to decide by talking about NATO is not only a serious mistake but also damaging to NATO, which the U.S. is dragging into a bilateral disagreement. If the United States adds new problems, i.e. the F-35 delivery, sanctions and the NATO debate, into the existing mix of unresolved issues (Fetullah Gülen's overdue extradition, the Halkbank case, the situation in Manbij, U.S. support for the terrorist organization PKK's Syrian branch, and the proposed safe zone), it will create a crisis within NATO. To prevent that outcome, third parties within the alliance should contribute to the resolution of the current dispute.

If this crisis goes unresolved, it will hurt the defense industry in Turkey and the United States alike, and trigger a strategic earthquake in relations between the U.S., Europe, Russia and Turkey.