Spirit of July 15: Common ground for all of Turkey 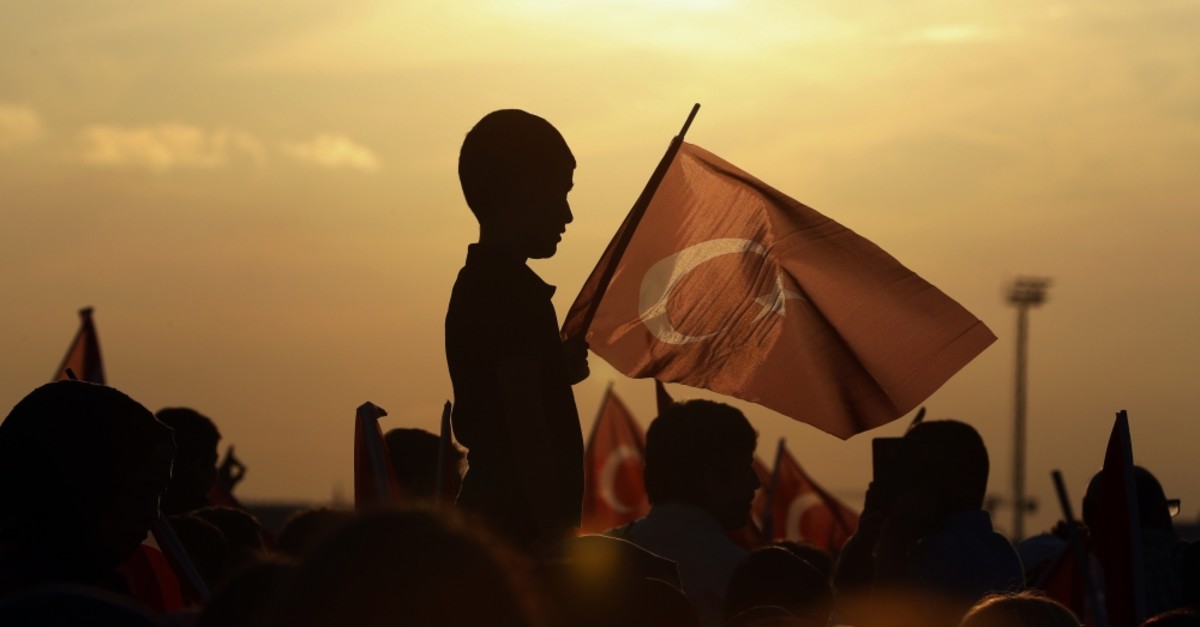 Three years have passed since that inauspicious coup plot. However, as much time elapses, the memory of our nation's children getting in the way of the traitors and making history will never fade. When I saw tanks rolling on the Bosporus Bridge, I was upset, thinking to myself that Turkey and the Turkish people deserved better. Thankfully, I watched heroes in our midst disarm those tanks the following morning. We are grateful to those who lost their lives or survived the coup attempt with injuries. We will keep their memory alive as long as this country exists. The July 15 resistance was, in fact, the story of a coup plot being spoiled for the first time ever. On that night, the people took to the streets in defense of the state, the country and its elected leader. What happened then was the people refusing to let coup plotters do to President Recep Tayyip Erdoğan what they had done to Prime Minister Adnan Menderes back in 1960.

The Turkish people demonstrated their will not to let the Gülenist Terror Group (FETÖ), led by Fetullah Gülen on orders from foreign intelligence services, hijack our nation's future.

Under Erdoğan's leadership, the people foiled an attempt to seize control of the Republic of Turkey. The coup plotters have stood trial, and the Turkish authorities eliminated the organization's members from public institutions over the last three years. This process is indeed above party politics and directly related to the future of all citizens.

The Republican People's Party (CHP) Chairman Kemal Kılıçdaroğlu's hasty abandonment of what came to be known, as the "spirit of Yenikapı" was possibly the most unfortunate development in the history of Turkish politics.

By making allegations of a "controlled coup," he ended up in the same position as those attempting to cover up what happened. Kılıçdaroğlu's claim that a "civilian coup" had taken place on July 20, 2016, when a state of emergency was declared, also offered support to opponents of a crackdown on the coup plotters.

Recent remarks by a senior CHP member, Özgür Özel, that "July 15 was a bloody coup attempt, not a spectacle – an attempt against the regime, the Parliament, the country's leaders, and democracy" led some observers to think that the party was finally walking back from its original mistake. Others believed that Kılıçdaroğlu, who called for negotiations on an American-style presidential system, was looking for a new political opening – even attaining "wisdom."

Yet the CHP chairman's statement on the coup attempt's third anniversary showed that it was indeed all quiet on the CHP front. In addition to mentioning the "July 20 civilian coup," he blamed the Justice and Development Party (AK Party) for "nurturing" FETÖ. Kılıçdaroğlu reflected on the three-year effort to end FETÖ's grip on the state apparatus by criticizing the state of emergency and accusing the country's elected leadership of carrying out a civilian coup. He added that he was looking for a "courageous public prosecutor" who would interrogate President Erdoğan – seemingly unaware that the coup plot's primary target was Erdoğan himself.

How can we account for the difference of opinion between Özel and Kılıçdaroğlu over the July 15 coup attempt? The CHP leadership is deliberately conveying two distinct messages to the public. First, it pretends to support the July 15 resistance in order to cozy up to all social groups, especially conservatives. At the same time, the party targets Erdoğan, the post-July 15 crackdown on FETÖ and the presidential system simultaneously. Talking about the "political wing" of the coup plot, the CHP spokespeople attempt to cover up how the CHP and Kılıçdaroğlu supported FETÖ after December 2013. They do not understand that the chatter about the coup plot's "political wing" fits into their own support to the Gülenists after the group's criminal activities became public.

The spirit of July 15 is common ground for all of Turkey. Any politician that dares to undermine that basis is making a serious mistake.