A peaceful resolution to the Syria question is within our reach 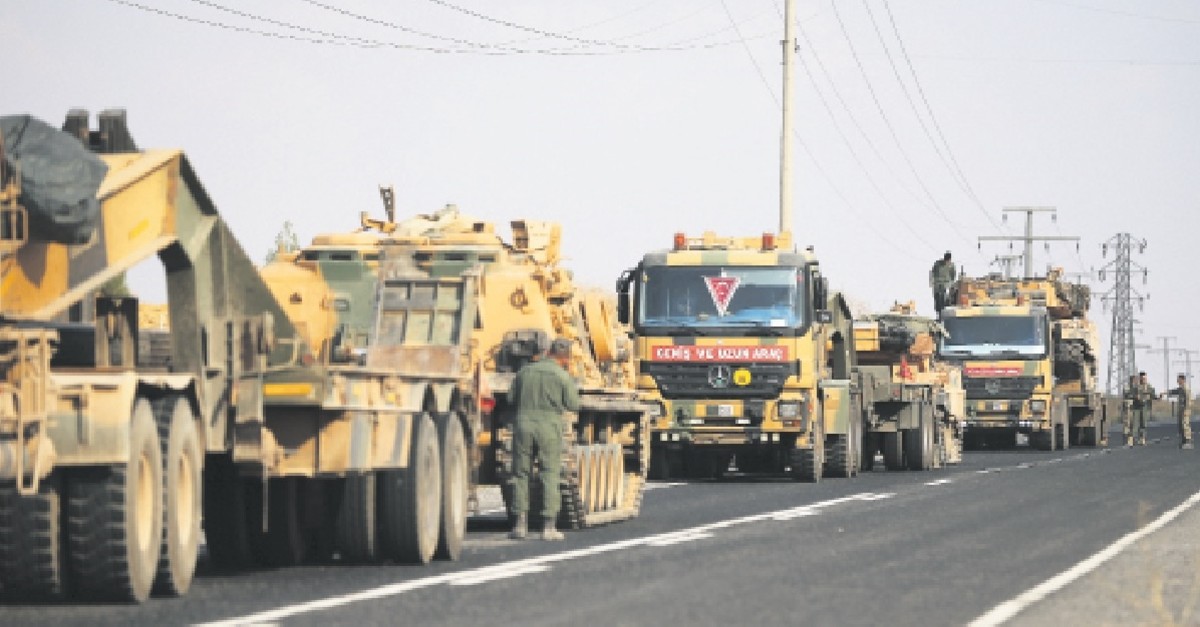 The Turkish president's diplomatic negotiations with world leaders reflect Turkey's push to become an autonomous player in the international arena. Some complain that Erdoğan takes too many risks. Yet autonomy is no easy thing to attain in international politics. Indeed, the Turkish leader hasn't refrained from taking risks since 2013, carefully monitoring regional and global developments. When it comes to the Syrian crisis and the threats it poses against Turkey's national security, Erdoğan attempts to address pressing issues gradually.

President Erdoğan clearly knows that leadership is a combination of courage, patience and timing. Noting that he hasn't forgotten acts of discourtesy, he continues to focus on the establishment of a safe zone in northeastern Syria.

In last week's meeting with Mike Pence, the Turkish president talked the Trump administration into reaching a 13-point agreement with Turkey. He sold the United States on a 444-kilometer long, 30-kilometer deep safe zone.

The Turkey-U.S. agreement, if properly implemented, promises to turn over a new leaf in bilateral relations. If Washington fails to persuade the People's Protection Units (YPG), the terrorist PKK's Syrian affiliate, to withdraw from the safe zone, Operation Peace Spring will resume. In that case, Moscow will find plenty of new opportunities in Syria, as the U.S. becomes even less influential. By tomorrow evening, U.S. officials must mount pressure on the YPG to retreat and hand over their weapons.

U.S. newspapers, including The New York Times and The Washington Post, are unhappy with the Turkey-U.S. deal. They describe the 13-point agreement as a "defeat" for the Trump administration. It is no secret that the U.S. media wants to provoke President Donald Trump and prevent the withdrawal of anti-Turkey sanctions bills in Congress.

At the same time, they stick to the ridiculous talking points about the supposed "betrayal of Kurdish allies," turning a blind eye to the decades-old partnership between Turkey and the U.S. – two key NATO allies. Those newspapers are clearly incapable of identifying American interests in the Middle East. After all, the agreement – if properly implemented – will serve both Turkish and American interests alike. Washington's credibility hinges on the restoration of Turkey's sense of partnership with the U.S. The only way to reach that goal is to stop supporting the YPG, a terrorist organization.

Where does Putin stand?

As Turkey concluded a historic agreement with the U.S., all eyes were on Russia. Erdoğan announced that he would enter negotiations with Russian President Vladimir Putin with one precondition: the removal of PKK/YPG terrorists from all regime-controlled areas. Ankara is frustrated with the continued presence of terrorists in Tal Rifaat and Manbij. If Moscow moves to protect PKK/YPG now, it will strain Turkey-Russia relations. Moreover, the Turks do not mind that the Assad regime took control of some areas, where PKK terrorists are no longer active. After all, the Turkish objective is to preserve Syria's territorial integrity by drafting a new constitution. It is highly likely that Moscow will attempt to promote direct talks between Ankara and Damascus by invoking the Adana agreement. I do not believe, however, that Turkey will make direct contact with the Assad regime before the Syrian constitutional committee makes some progress. Likewise, Ankara won't negotiate terms with Damascus unless a deal for all of northern Syria, including Idlib, is on the table.

Under the circumstances, President Putin should personally guarantee that YPG will no longer operate in Manbij, Kobani and Tel Rifaat. If Turkey and Russia reach an agreement in Sochi, they will take a giant leap forward toward a peaceful solution to the Syrian question.