'Brain dead' or not: All eyes on NATO's London summit 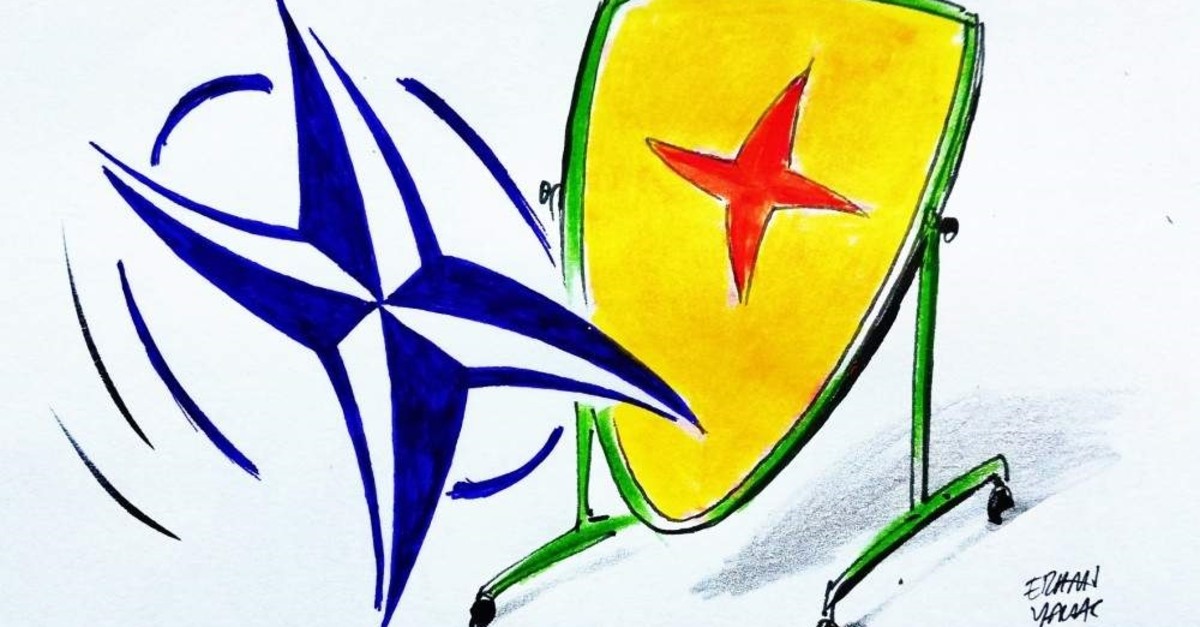 by Burhanettin Duran Nov 30, 2019 1:12 am
NATO will celebrate its 70th birthday on Dec. 4 in London. The celebratory summit, which 29 world leaders plan to attend, is expected to be somewhat painful. The trans-Atlantic alliance, which has major accomplishments under its belt, is deeply divided over the diverging interests of its members. Therefore, the London summit could be dismissed as a quick celebration. Yet there are plenty of issues to discuss, including burden sharing, North Macedonia’s membership, technological transformation, European strategic autonomy, the proposed safe zone in northern Syria and Ankara’s objection to the Baltic defense plan.
At first, Russia’s growing influence may seem like the greatest challenge that NATO faces today. Yet the alliance’s main crisis is about assuming a new role which fits contemporary circumstances.
NATO is great when it comes to responding to traditional military threats. Yet the organization finds it difficult to carve out a new mandate to address emerging threats. This new set of threats is multidimensional, non-linear and hybrid: urban terrorism, cyberattacks, wars of political perception, hybrid terror attacks, organized crime networks and illegal immigration. In response, NATO suffers from a shortage of multilateralism and searches for renewed integration.
According to Thierry Tardy, a leading expert on NATO, the alliance’s main problem is within – specifically, how member states and their citizens see NATO. After all, those views shape individual members’ responses to external factors like Russia’s position, China’s rise, terrorism and cyberwarfare. Let us recall that NATO postponed its post-Cold War crisis by promoting a new sense of identity as a "security community." In light of military interventions in Afghanistan and Libya, and the rise of nationalist populism in Europe, NATO’s self-identification as a community of values became contested. The alliance needs a new mission. Criticism by the United States, France and Turkey bring into light the organization’s current problems.
The president of NATO’s largest member believes the alliance to be “obsolete.” The view that Washington is no longer invested in the organization shakes the belief of other allies in NATO. That crisis of faith is unlikely to go away until we know whether Donald Trump will stay in office for another four years.
The disagreements between Germany and France, which resurfaced around the 30th anniversary of the Berlin Wall’s fall, have hurt the alliance as well. French President Emmanuel Macron publicly questions NATO’s role in Europe’s defense, advocating the strengthening of the European Union’s military and security capabilities. That proposal, coupled with Brexit, will give France an opportunity to dominate the European Union.
Ironically, Macron refuses to comply with the American and German request to spend 2% of France’s GDP on defense. Yet he argues that NATO, together with central and eastern European countries, must be stronger. The French president also alleges that the United States withdrawal from northern Syria and Turkey’s cross-border operation deepened the problem of coordination among NATO allies, rendering the alliance “brain-dead.” He raised questions about the collective defense clause – also known as Article 5. Although Macron took a jab at Turkey, Poland responded to his comments, describing the French position as “irresponsible.”
France’s current position amounts to undermining NATO’s integrity. Turkey, in turn, complains that its NATO allies fail to support Ankara on the fight against terrorism and in the Syrian theater. According to media reports, Turkey blocked the Baltic defense plan over the S-400 deal and NATO’s refusal to recognize the People's Protection Units (YPG), the PKK’s Syrian affiliate, as a terrorist entity. In my next column, I will discuss the Russian threat and Turkey’s critical role in the trans-Atlantic alliance’s future.

Burhanettin Duran is General Coordinator of SETA Foundation and a professor at Ibn Haldun University. He is also a member of Turkish Presidency Security and Foreign Policies Council.
Last Update: Dec 20, 2019 2:02 am
RELATED TOPICS