NATO has to prove it's 'brain alive' 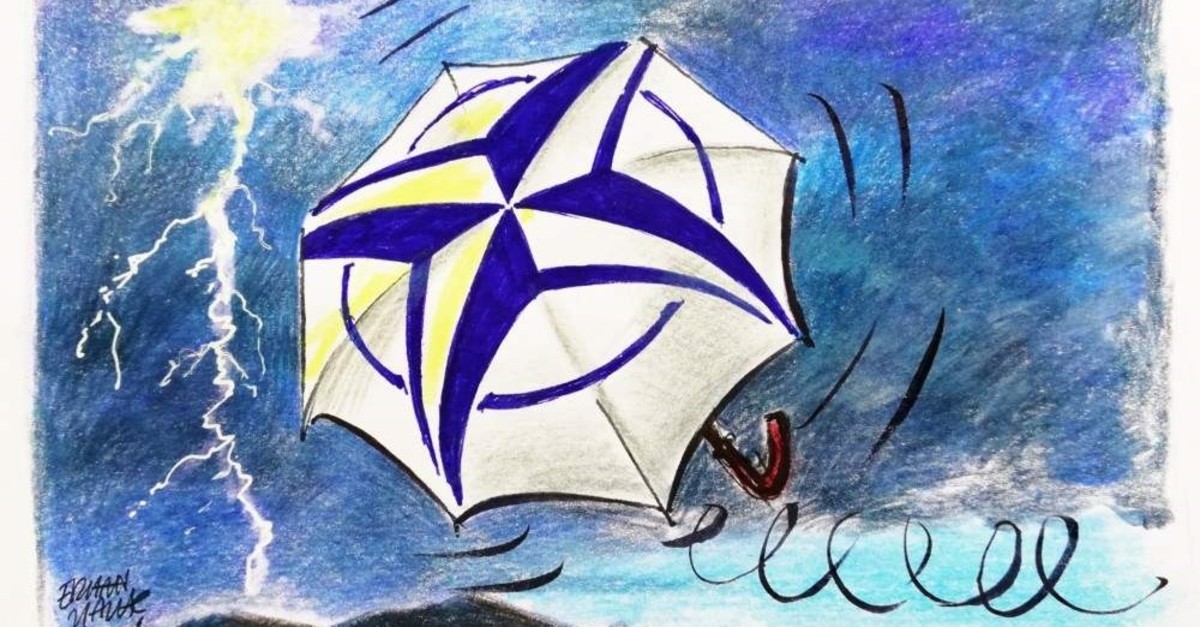 The Turkish leader’s U.K. visit takes place against the backdrop of NATO’s growing divide, which adds to the trip’s significance. The alliance desperately needs to review its strategy to better address the security concerns of individual members. U.S. President Donald Trump, together with Macron and Erdoğan, is unhappy with the organization’s current state. Anders Fogh Rasmussen, the former NATO secretary-general, believes that the two-day summit will be a “very risky meeting” due to the fierce criticism coming from the three leaders.

If European nations agree to shoulder the financial burden of collective defense, however, they can meet President Trump’s expectations. In doing so, the Europeans could effectively give the U.S. president a present that he can bring up at campaign stops. It is unlikely that Macron, who failed to even persuade Merkel, can take his charge of "brain death" any further. Let us recall that the German chancellor, in her famous cold-bloodedness, criticized France’s advances by saying, “Over and over, I have to glue together the cups you have broken so we can then sit down and have a cup of tea together.” And when it comes to the war of words between Macron and Erdoğan, it would be useful to remember that the French president tends to behave in face-to-face meetings.

Meanwhile, the Turkish president’s agenda will be Syria, the proposed safe zone and financial assistance for refugees. At the same time, Erdoğan will push the alliance to recognize the PKK-affiliated People's Protection Units (YPG) as a terrorist entity. Last week, Ankara blocked NATO’s Baltic plans over objections to the YPG’s designation as a terrorist group.

Again, Turkey took a key step ahead of this week’s summit to change the balance of power in the Eastern Mediterranean. The country signed a memorandum of understanding with Libya regarding maritime borders. Unsettled by this move, Greece might attempt to bring up the issue at the NATO Leaders Meeting.

It remains to be seen whether the London summit will set the stage for anniversary celebrations and nothing more than the drafting of a new situation report – or polemics between leaders, laying bare the crisis that puts the alliance’s unity at risk.

The current situation is described in many ways. Some experts look at NATO and see an organization suffering from "reform pains." Others believe that the organization faces an existential crisis. For the record, Turkey disagrees with the charge of "brain death." But NATO’s second-largest ally thinks that the alliance is largely unable to address emerging threats and, by extension, fails to stand with Turkey when it comes to the Syrian conflict and the Turkish counterterrorism campaign against the PKK/YPG. To solve those problems, Ankara calls on its allies to update and preserve the 70-year-old organization. Turkey’s perspective on NATO is indeed in line with Erdoğan’s long-standing call for U.N. reform.

Turkey signed two agreements with Libya to take its efforts in that country to the next level. The first document relates to the exclusive economic zones of Turkey and Libya as maritime neighbors and establishes the western border of Turkey’s maritime zone in the Eastern Mediterranean. Turkey thus scrapped the so-called Seville map, which aimed to reduce the Turkish maritime zone to just 41,000 square kilometers.

At the same time, the Turks responded to ongoing efforts by Israel, Egypt, Greece and the Greek Cypriots to divide the Mediterranean among themselves. Having deployed warships to the vicinity of Cyprus, where Turkish drilling activities continue, Ankara intends to conclude additional bilateral treaties to build on its political and diplomatic offensive.

Turkey’s second agreement with Libya, in turn, relates to security and military cooperation. Backed by Egypt and the United Arab Emirates (UAE), Gen. Khalifa Haftar seeks to overthrow Libya’s U.N.-recognized legitimate government. As such, the second Turkish-Libyan agreement attested Turkey’s open support for Tripoli and established that Libya will play a bigger role in the balance of power between the great powers.

Burhanettin Duran is General Coordinator of SETA Foundation and a professor at Ibn Haldun University. He is also a member of Turkish Presidency Security and Foreign Policies Council.
Last Update: Dec 20, 2019 2:07 am
RELATED TOPICS