Turkey's Libya move and beyond 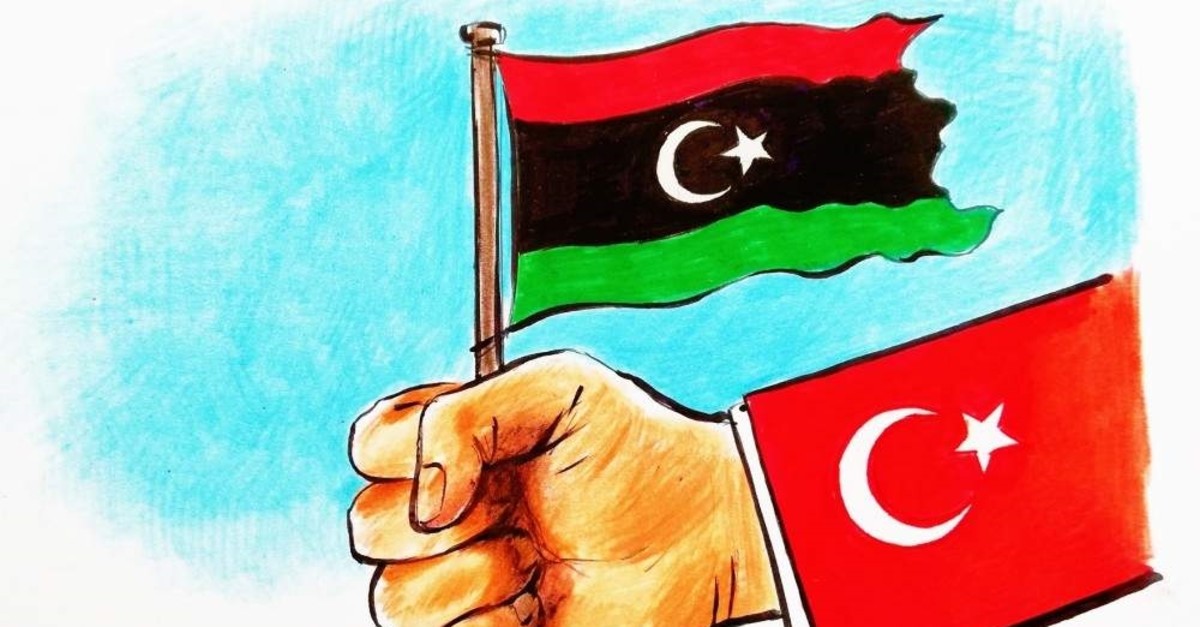 With the decision to deploy troops, Turkey affirmed its plans to remain active in the region and its determination to stand its ground

President Recep Tayyip Erdoğan made up his mind about deploying troops to Libya following a surprise visit to Tunisia last week. Announcing that the Turkish Parliament will debate and vote on a draft resolution after the winter break, he identified his administration's goals as "facilitating a cease-fire" and "restoring stability."

Erdoğan highlighted his administration's interest in the Libya question as follows: "Libya is one of Turkey's maritime neighbors due to the convergence of our respective maritime jurisdictions. We will go where we are invited, but we won't go anywhere without an invitation. Now that there is such a standing invitation, we will accept it. We will be accepting an invitation from the country's legitimate government. We will offer all kinds of support to the government in Tripoli, which is fighting against a coup plotter that many European and Arab countries support." Turkey says it will "offer all kinds of military support" to Libya's U.N.-backed Government of National Accord (GNA) – which experts say means establishing a military base in the country.

Turkey's objective is to help Libya's legitimate government end the terrorization of its citizens, rather than participate in the conflict directly, and Ankara's move should not be interpreted as opposition to France, Egypt, Saudi Arabia, the United Arab Emirates (UAE) and Russia – who have thrown their weight behind General Khalifa Haftar. For the record, Turkey is not after a regional conflict either.

Quite the contrary, Ankara wants to reverse the current trend, which threatens to destabilize Libya's neighbors and worsen the humanitarian tragedy on the ground. By supporting the country's legitimate government, Turkey hopes to restore the balance of power between the Government of National Accord and the Libyan National Army as the first step toward a political solution. In other words, Ankara understands that there can be no military solution in Libya and wants the U.N.-led process to continue. Hence the deployment of military personnel with the purpose of facilitating talks between the two sides.

Whether one likes it or not, this is how the real world works. It takes hard power to exercise diplomacy. To be clear, Ankara isn't going it alone either.

Erdoğan's earlier insistence on the inclusion of Tunisia, Algeria and Qatar in the Berlin process signals that a new line of cooperation is emerging. It is no secret that the potential fall of Tripoli would further destabilize Tunisia – which is already experiencing the effects of Libyan conflict's spillover, including terrorism and refugees. Experts believe that an additional 500,000 to 1 million Libyans could be displaced immediately.

Kais Saied, Tunisia's newly elected president, has demonstrated the kind of leadership it takes to follow an independent foreign policy based on his country's national interests. He is staunchly opposed to Egyptian and Gulf adventurism, which fuels instability in North Africa. President Saied has been working for a political solution by holding talks with Libyan tribal leaders.

Equally unhappy with the Egyptian President Abdel-Fattah el-Sissi regime's support for Haftar's forces, Algeria, too, wants to prevent the fall of Tripoli.

Finally, Qatar, also concerned about Saudi and Emirati military operations in Libya, is inclined to join forces with Turkey to facilitate a cease-fire and to restore stability. It is no wonder Libya's interior minister, Fathi Bashagha, recently said that Tunisia, Algeria, Libya and Turkey were set to promote peace and stability in the country together. Turkey and Erdoğan's leadership is indeed needed for that kind of cooperation.

It is no secret that Turkey's decision to deploy military personnel to Libya will unsettle all stakeholders currently operating in the country. The Kremlin was first to issue a statement, as Kremlin spokesperson Dmitry Peskov claimed, "The involvement of third countries in Libya would not contribute to the resolution of the crisis."

Ironically, Turkey's involvement in the Libyan conflict per the request of the country's legitimate government came long after many third parties had already intervened. In other words, operating in a country as a guest of its legitimate government is completely different than being a third party meddling in its affairs. If anything, the UAE, Egypt and Russia, which support Khalifa Haftar through the Wagner Group's mercenaries, are the third parties standing in the way of peace in Libya.

Turkey took three crucial steps – an agreement with Libya, troop deployment and regional cooperation – that sent shockwaves through Europe, North Africa, the Eastern Mediterranean and the Gulf. I will discuss the reactions to Turkey's efforts and what the emerging balance of power might look like in my next column.