The Arab League and the answer to unrest 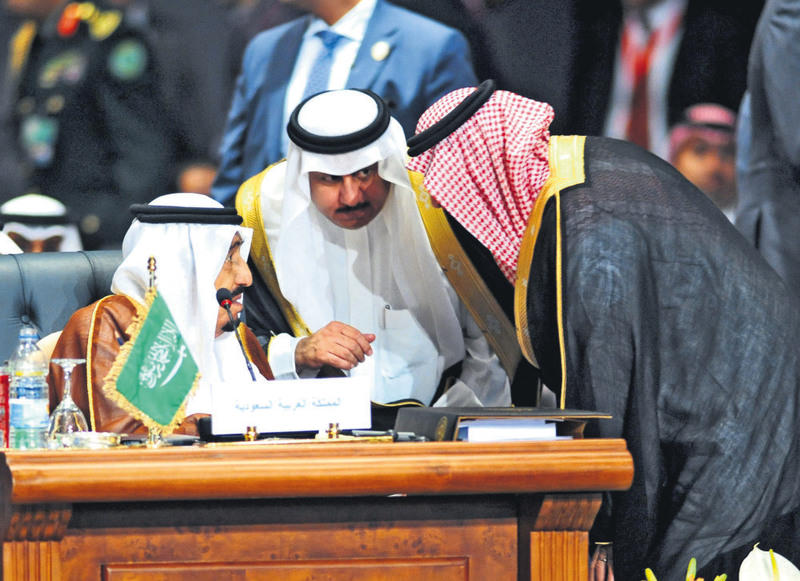 Before attempting to tackle Iran's expansionist ambitions and growing influence in the Middle East, Arab countries should deal with their own primary problems including illiteracy and unemployment

The incredible turmoil shaking the foundations of all the countries in the Middle East has at last pushed the Arab League to undertake a thorough and deep self-evaluation. The outcome of the 26th Arab League Summit, held in Sharm el-Sheikh, Egypt, on March 26-27, is eloquent in many ways. First of all, the situation in the Arab world has become virtually untenable: in Yemen, a Saudi-led coalition launched a campaign of airstrikes to stop the advance of the Houthi rebellion; in Libya, a civil war continues between rival governments and Islamist-oriented groups; in Syria, the civil war is entering its fifth year, prolonging the conflict and adding more parties, and in Iraq, the government has started an offensive against the Islamic State in Iraq and Syria (ISIS) to regain territory that the terrorist group seized in 2014. Meanwhile, Iran is also playing a more and more overt role in the crises in Yemen, Iraq and Syria.

Compared to the incredible wave of hope ignited by the Arab awakening five years ago, the situation looks extremely gloomy. Except Tunisia and, to some degree Lebanon, parliamentarian democracy is totally absent in Arab countries. This situation creates deep-seated discontent among the masses, whose search for a modicum of pluralism usually encounters violent reactions on the part of the ruling class.

The only Arab country that could have become an example for the others, Egypt, is in a sorry state. Its economy has become totally dependent on Saudi Arabia and its legitimacy based on a coup, followed by a "simulacrum" of elections, which saw the artisan of the coup, General Abdel-Fattah el-Sissi become president. Sissi made a passionate speech denouncing an "unprecedented threat to Arab states' sovereignty, security and identity." His best idea was to propose a "joint Arab force," and indeed the summit decided to "jointly expend all efforts and adopt preventative and defense-related measures to confront the current challenges created by extremist terrorist groups through a joint Arab military force."

This is only an agreement in principle, a taskforce will be established to "implement coordination between the willing countries within the next four months, in order to lay out the structure and coordinate the mechanism of operation of the future force, which will operate with respect to the U.N., international law and national sovereignty." Arab countries have united their armed forces a number of times in the past, in 1948, 1956 to resist the failed Suez invasion of France and England, 1967 and 1973. Except the operation in 1956 that was repelled due to a joint stance taken by the U.S. and USSR, Arab armies have been devastated each time by Israel. A young Egyptian officer, back in 1948, fiercely fighting in Fallujah with his encircled unit, came to the understanding that the Egyptian army was totally corrupt and had to be reorganized. The officer's name was Gamal Abdel Nasser. Ever since then, he has had many followers who consistently rejected pluralism to glorify the armed forces on different ideological grounds. The Saudis were no better in rejecting all forms of participative democracy and emancipation. Almost 70 years after Fallujah, the Arab League's best idea is still to establish a very hypothetical joint army.

Sheikh Sabah al-Sabah, the Kuwaiti emir, had perhaps a better explanation of the situation when he declared that "current crises occur within states marked by the unrest of the so-called Arab Spring, where illiteracy, poverty, unemployment, economic failure and lack of social services run rampant, further compounding the dangers."

Has the Arab League decided to establish a task force to combat poverty, illiteracy, unemployment, economic failure and lack of social services in underdeveloped Arab countries? Not yet.
Last Update: Apr 07, 2015 9:39 am
RELATED TOPICS