How to be a Syrian in Turkey? 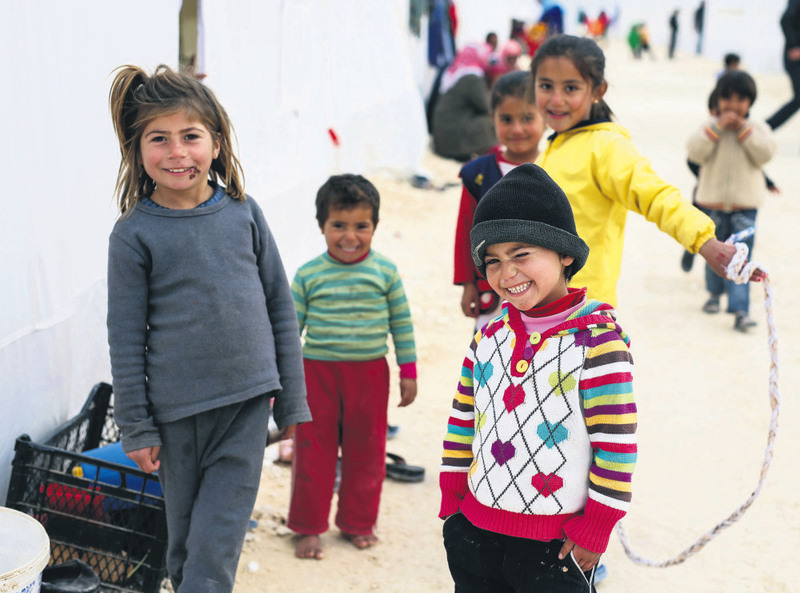 A comprehensive debate is necessary among different political movements, NGOs and the civil society to find a solution other than the suggestion that Syrians should be sent back to their war-torn country

Having to leave your home, your city, and your belongings to face an uncertain future is a very difficult situation. Unfortunately, that might happen to a lot of people for various reasons: the worst-case scenario is war and ethnic cleansing. Syria, which was one of the most developed and richest provinces of the Ottoman Empire, has fallen into the worst-case scenario possible. Its administrative and physical infrastructure is totally gone, the already divided society has been torn apart by armed factions and different political cleavages, and its political future looks, at best, extremely uncertain and gloomy.

Syria was under a French mandate between 1920 and 1946, a period fertile in events and conflicts. The departure of the French did not change anything. Between 1949 and 1970, Syrian politics was a continuation of different coup d'états, giving way to an unstable regime. The salient points of Syrian policies were in the period of Adib Chichakli, who probably was the most western-oriented Syrian leader, trying to form a durable coalition and perhaps a very loose confederation with Iraq and even Turkey. The reaction to Chichakli came mainly from pan-Arab nationalism, the Baath Party of Michel Aflak and Akram Hourani. He was destitute and sent into exile, where he would ultimately be assassinated by the Syrian Secret Service. Between 1954 and 1970, there was a very visible Nasserian influence over Syria, but the unification with Egypt would have been a total political and military disaster. The Syrian political parties were outlawed after the foundation of the single-party United Arab Republic. It would take another coup d'état in 1961 to give back to Syria its total sovereignty. The Baath Party established its dominance over the destinies of the country and with the advent of Hafez Assad's presidency (after the umpteenth coup d'état in 1970), the country was led by the iron fist of Assad for 30 years. Assad senior was the longest-serving leader of the Arab countries, together with King Hassan II of Morocco. After his death, his son Bashar succeeded him. The inability of Bashar Assad and his Baath government and administration to liberalize the country was what created today's deep and unattended tragedy.

Turkey's external relations with Syria have always been problematic. This is explainable by the fact that Syria was the most similar nation-state to the Ottoman Empire. Among Arab countries, Syria remained the most secular regime. Contrary to Turkey, the Syrian nation-state historiography did not severely reject the Ottoman legacy, mainly focusing its criticism against the French creation of frontiers with Lebanon and Jordan. It also had a very long litigation period with Turkey over the Sanjack of Alexandrette, today's Hatay province of Turkey.

The relations went from bad to worse, with Turkey remaining an outpost of NATO and Syria a difficult but dedicated ally to Soviet Union. Starting from 1984, Syria has been giving shelter to the leadership of the PKK insurgency in Damascus. The move by the Turkish army at the Syrian frontier in 1998 will be a very dangerous period for the two countries, on the brink of an open-armed conflict. The departure of Öcalan was followed by the Agreement of Adana, between Turkey and Syria, which is a commonly accepted code of good conduct between both countries. The relations got better after the death of Hafez Assad and up until 2010, Turkey became the main supporter of Syrian normalization.

All these interesting developments will vanish together with the total destruction of Syria and the Syrian population. Almost 2 million Syrians live in Turkey now, and as I have already had the opportunity to write about it, they are here to stay. The government has spent and is spending laudable efforts to accommodate these people, giving shelter, health care and security to those in need. This will unfortunately not be enough, because being a Syrian in Turkey today is unenviable. Very little has been achieved to ensure an acceptable level of education, at the primary, secondary and university level for the refugees. The best idea that the opposition has come up with is to say that "Syrians have helped regain their home country," as if such a country really exists. This kind of behavior only helps to ignite already existing dissensions and nascent xenophobia among the population. A comprehensive debate has to take place, among different political movements, NGOs and civil society. Otherwise we will be sitting on a time bomb and while trying to help our neighbors, we will create a pariah minority living in the hatred and fear of Turkish society.
RELATED TOPICS