How can ISIS still survive? 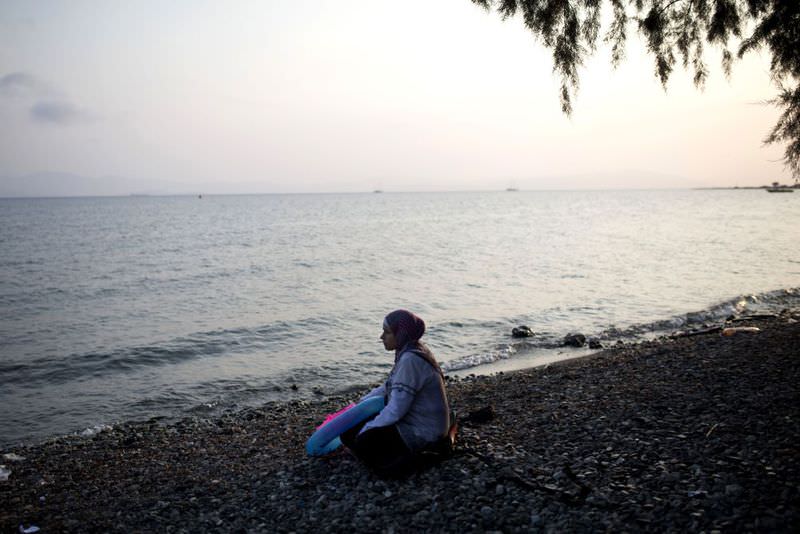 A Syrian migrant woman sitting on a beach on the Greek island of Kos, after fleeing from her country in fear of the escalating violence by ISIS and the Assad regime.
by Emre Gönen Aug 11, 2015 12:00 am

World history is full of atrocities committed by armed movements that present themselves as the saviors of the people. After the U.S. defeat in Vietnam, three countries fell into the hands of liberation movements: The Viet Cong in Vietnam, the Pathet Lao in Laos and the Khmer Rouge in Cambodia. The Viet Cong more or less succeeded in establishing a rather bloodless transition from a capitalistic country to a single-party authoritarian, communist rule. The Pathet Lao, which was very closely associated to the Vietnamese communists throughout its military struggle, followed the Vietnamese example.

The Khmer Rouge, however, representing a large peasant population, always wanted to distance itself from the Viet Cong, and once in power they performed one of the deadliest cleansing of the 20th century, staying loyal to the Maoist precept, according to which "virtuous" rural life should dominate the "gamy and degenerated" urban civilization. The Khmer Rouge, always disdained by the ethnic Vietnamese, established a nationalistic and xenophobic rule at home, tainted by Marxist principles and rhetoric. Accordingly, half of the population was exiled to working camps, one-fifth perished and less than four years after the liberation of Kampuchea, as Cambodia was known under the Khmer Rouge, the regime was overthrown. The Khmer Rouge was divided, and a faction collaborated with the Vietnamese against the majority of the party, led by Pol Pot, Khieu Sampan and Leng Sary. The Vietnamese army undertook a large operation to demote the Khmer Rouge, which incited the People's Republic of China to invade parts of North Vietnam. This was the "end" of the world socialist system, as depicted in 1979 by Professor Julien Freund, because a socialist country was attacking another socialist country. It took 10 more years for the whole system to implode with the fall of the Berlin Wall, but obviously the Chinese-Vietnamese conflict was the beginning of the end.

The Khmer Rouge had to fall - although some resistance continued in the jungle for almost 30 years - because they represented a North Korean style of communist rule, going overtly against the interests of both Vietnam and the Soviet Union. Vietnam, already in deep trouble with the population of South Vietnam, could not afford large-scale genocide to take place next door by a political movement whose roots went directly to the Viet Minh.The Islamic State of Iraq and al-Sham (ISIS) is no better than the Khmer Rouge, regarding their inhumane and xenophobic attitude. Their destruction of artifacts looks very much like the Khmer Rouge, or the Taliban in Afghanistan. However, despite a huge outcry and despair from all over the world, despite air raids that have inflicted heavy casualties on ISIS fighters, the movement has remained master in its strongholds. This is mainly due to the fact that destroying ISIS is no one's first priority. What is left of Syrian President Bashar Assad's regime has to fight against the Syrian opposition. Iran supports Assad, so does Russia. The Iraqi army is in no position to offer strong resistance to ISIS fighters who are mainly commanded by Saddam's elite troop officers and commanders, the Kurdish political movement is not organized as a regular army and can basically conduct only guerrilla warfare. The Turkish government is more inclined to help the Free Syrian Army and the Turkmen resistance to Assad, and is extremely worried about the "Kurdification" of the northern regions of Syria, with the blessing of Assad and his ailing regime.

Neither the U.S. nor the EU have a clear strategy regarding the immediate future of the Middle East. That is why ISIS remains only a secondary threat. This analysis has already been elaborated on by a number of observers, and it is relevant. Whether the existence and the probable dismissal of ISIS will signify the end of Islamic armed movements is another question. It took 10 years for the Soviet-led socialist system to disappear after the Cambodian genocide and the Chinese-Vietnamese conflict. Can the existence and the deeds of ISIS create such a dynamic for the movements with Islamic references? Will Iran survive with its present regime? The turmoil in the Middle East does not allow us to see the future clearly, but such questions remain unanswered.
RELATED TOPICS