Yet another very bad report on Turkey by the European Parliament 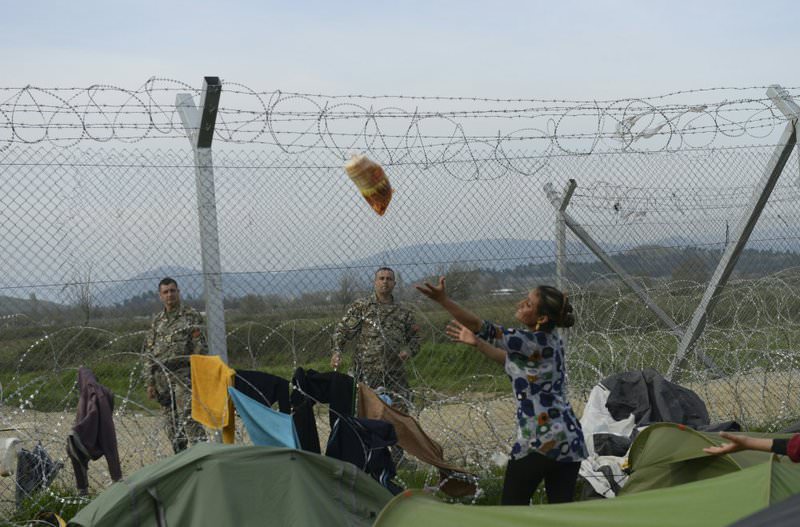 In its plenary session the European Parliament (EP) accepted its yearly report on Turkey. The report is extremely critical of the situation of basic rights and freedoms in Turkey. It is also heavily critical regarding a number of other significant issues, including the situation in Syria, rule of law, the situation with the armed Kurdish opposition, the negotiations on Cyprus, independence of the judiciary, freedom of assembly, freedom of expression and the normalization of relations with Armenia. Issues are dealt with in terms that can hardly be defined as diplomatic. The report refers to the "fact that Turkey's accession to the EU depends on full compliance with the Copenhagen criteria and the EU's integration capacity, in accordance with the conclusions of the European Council meeting of December 2006." It is a hardly disguised threat to the Turkish government regarding the continuation of accession negotiations that have started in October 2005.

The EP does not have any real role to play during the accession negotiations, which have been stalled since 2006 due to the refusal of member states to see them come to fruition. But any candidate country wanting to join the EU has to get the assent of the EP. This assent is a "yes" or "no" vote regarding the acceptance of the accession agreement to be signed. The EP does not have the right to amend a negotiation, but is perfectly entitled to repel it. This gives a very delicate balance to keep for the EP. On one hand, it has to support the continuation of the accession negotiations in order to keep the formidable instrument of the assent procedure in its hands, and on the other hand, it has to implement its function of an institution responsible for the democratic surveillance of a candidate country and clearly voice its criticism.

In some cases, the political parties represented at the EP decide to punish a country or an institution, and in such cases they leave the draft report vulnerable to amendments from the floor. Usually, very provocative declarations can be embedded into the final report in such cases. Turkey had the taste of such a punishment some 12 years ago when a yearly report was left open to any amendment at the plenary session. It birthed the worst ever evaluation of Turkey from the EP, creating a full-fledged political crisis at that time.

Most of the time, EP reports on Turkey have a very critical tone. This is mainly due to the shortcomings of the functioning of Turkish democracy, but there are more profound reasons to this very hostile stance of the EP.

ONCE UPON A TIME IN THE EU

At the beginning of 1982, the European Union Council of Ministers decided to suspend all political ties and relations with the Republic of Turkey, which was under military rule after a coup in 1980, while nominating the EP to survey the organization of democratic elections in Turkey in collaboration with the European Council ,. This was the first political mission of a directly elected EP. Only in 1979 were direct elections able to be organized in the EU. The newly enhanced democratic legitimacy of the EP was used to evaluate Turkey's "calendar back to democracy."

Not only did the military rulers of Turkey not allow the holding of truly participatory and pluralistic elections in 1983, but relations between Turkey and the EU became strained for decades to come. As a new democratic platform where the rule of law is openly discussed not only within the EU, but also within associate countries, the EP played an important role in this development. The trouble was that Turkey was absent from this institution whereas Greece was represented starting in 1981. This has over the years created in the EP a natural propensity to deeply criticize Turkey, which is unable to defend itself and put forward counterarguments. The Joint Parliamentarian Committee (KPK) established to liaise the Turkish Parliament with the EP turned into a ring where members of both parliaments were exercising how to dispute with each other. Greek parliamentarians played a very efficient role in turning the Joint Parliamentary Committee sessions into verbal jousts. The whole situation became rather grotesque after Greek Cyprus joined the EU. Recently, EP President Martin Schulz had to expel an extreme right-wing deputy from Greece from the hemicycle because he referred to Turks as "stray and wild dogs."

These unfortunate developments have created deep-running animosity between the EP and the Turkish government and parliamentarians. There have been times when the EP has supported Turkey's integration with the EU by finding some common sense, especially in supporting the completion of the customs union with it in 1995. However, the tradition of rudely admonishing Turkey has become almost a principle for the EP in its different evaluations.

The progress report for 2015 basically starts with the very alarming statement that the EP "is deeply concerned, in the light of the backsliding on respect for democracy and rule of law inside Turkey, that the overall pace of reforms in Turkey has slowed down considerably in recent years, and that in certain key areas, such as the independence of the judiciary, freedom of assembly, freedom of expression, and respect for human rights and the rule of law, there has been a regression moving increasingly away from meeting the Copenhagen criteria to which candidate countries must adhere."

FOR A WORSE FUTURE

This is very serious criticism, and is supported by a number of tangible examples, that Turkey is moving away from the basic Copenhagen criteria necessary to fulfill continuation of its accession negotiations. When a responsible institution of the European Union puts forward such an evaluation, the least one can expect is that such a warning will give way to intensive negotiations and contact with relevant parties concerning the overall evaluation of the whole accession process.

No such thing will happen, because in a pure EP tradition to add insult to injury, Turkey has been reminded to accept the definition of "genocide" regarding the massacres of the Armenian population of the Ottoman Empire more than a century ago. For the centennial of this tragedy, the EP issued a declaration, which the Turkish government rejected in total because it contained the term "genocide." Adding such references to an important evaluation report on Turkey now can only serve the one purpose to make the report some sort of gobbledygook that Turkish authorities will automatically ignore. That was very much the case when EU Minister and Chief Negotiator Volkan Bozkır declared that the government will consider such a document "null and void."So this is it, an EP report containing important information will be politically stillborn because it has been crossbred with unacceptable and totally out-of-scope declarations and references. The EP will feel that its duty has been fulfilled and the Turkish government will be able to tell its citizens that the report lacks seriousness and remains very hostile to Turkey.

At a period of time when Turkey and the EU really need each other, such provocations do no good to anyone. That is a real pity. Time is lost and nobody can afford this.
Last Update: Apr 19, 2016 1:08 am
RELATED TOPICS