'Voting for Trump is like asking me to drive...' 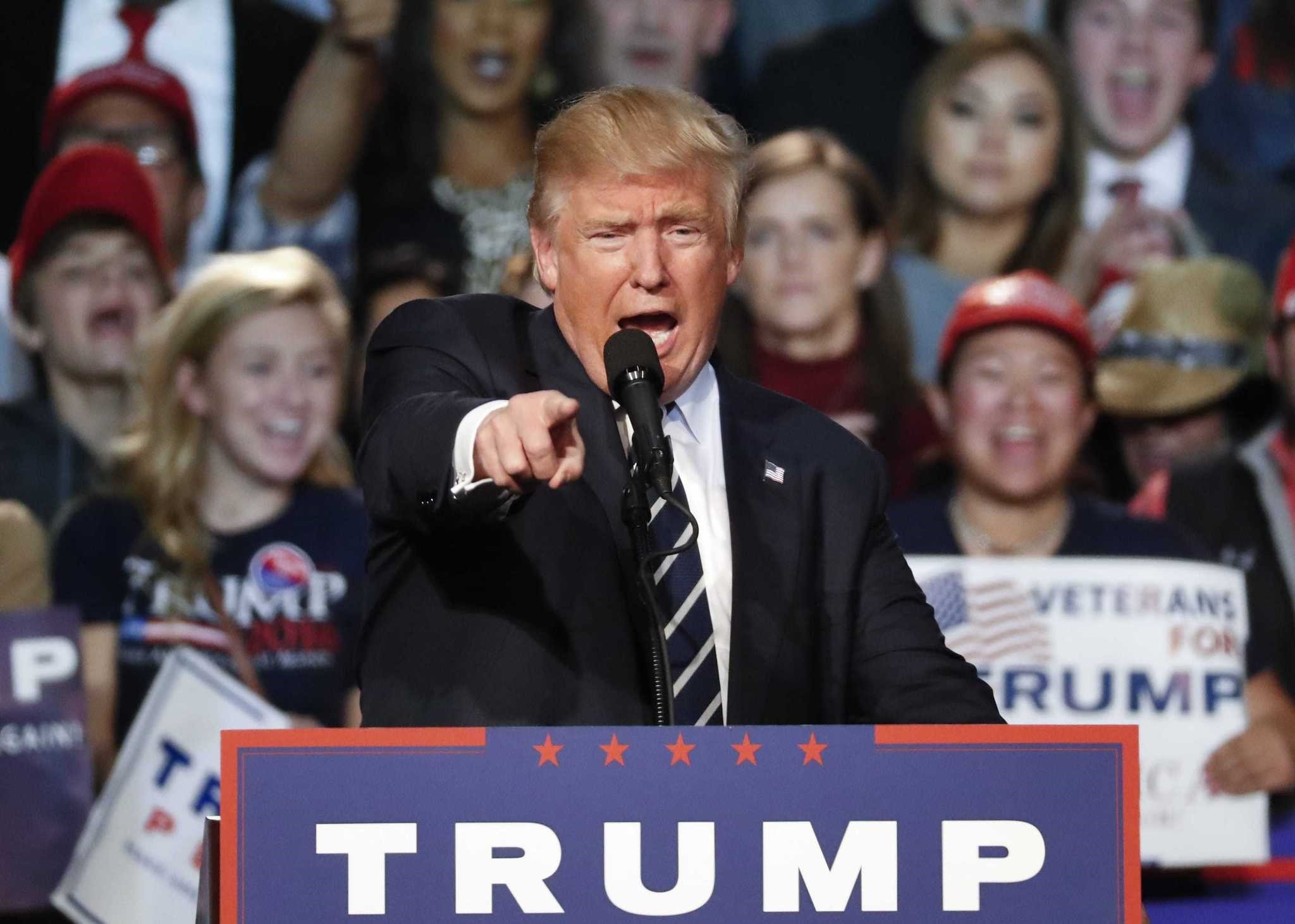 The world will breathe a sigh of relief if Hillary Clinton wins the presidential election. Donald Trump (above) as president is too horrible to contemplate.
by Emre Gönen Nov 09, 2016 12:00 am

Hardly ever has fall been filled with so much anxiety for people around the world. There is virtually no good news in the pipeline. By the time this article goes to print, we will know whether Hillary Rodham Clinton has been elected as the first female president of the United States, or whether we will endure Donald Trump as the president. In the latter case, we will need a lot of energy and optimism to contemplate the four years that will follow his election.

I was at a TV debate just before the results of the Brexit referendum. Without exception every participant in the debate and the moderator were absolutely convinced that the "remain" vote would be victorious. Even bets on the remain vote, which totaled something like 80 percent of the bets was shown as proof that the outcome of the referendum would not be a bad surprise. I tried to tune down the reigning optimism by saying that each time the population was given the right to vote on the European Union, they would use it as a chance to punish the system that is far from beloved, to say the least. I was politely listened to and nobody gave credit to my doubts. In the morning, wham, the results were clear and final. The "no" vote was largely victorious, giving the proponents of the Brexit a large edge of four points and pushing the United Kingdom into one of its most dreadful political crises.

There is a large groundswell visible around the world. Almost no population is immune. Public opinion is fed up with the conventional way of expediting political problems and will reprimand the political elite as a whole. The appearance of politicians like Donald Trump, Nigel Farage, Vladimir Putin and Marine Le Pen is not a simple coincidence, alas… Hungarian Premier Victor Orban and president of the Polish Justice and Law Party in power, former premier Jaroslaw Kaczyński are conservative politicians who gradually espoused the views of the far-right. Nicolas Sarkozy is surfing on the wave of far-right ideas to be nominated for the candidacy for a second term presidency in France.

These are difficult times, but the rise of fascist views cannot be imputed to the total absence of ethics and empathy of these leaders. The system has stopped delivering stability and wealth. It has stopped doing so in developed countries and in emerging markets. The U.S. is better off, still the political turmoil it has created all over the world during the neocon era of George W. Bush have not been healed, far from it. Clinton's possible election will probably be seen as a relief for many people, including yours truly, still it may not deliver enough to reverse a very dangerous tendency.

The situation in the Middle East has become totally unsolvable and nobody really knows how to deal with the consequences of the total demise of the statehood of both Syria and Iraq. Yemen never had statehood before, it has turned into a no-man's land bombed by the Saudi Air Force now. This tendency is extremely dangerous insofar as it creates a deep sense of injustice and despair. We have already seen the results of such despair caused by the terror attacks committed everywhere, in Istanbul, Ankara, Paris, Tunis, a little everywhere in the world.The way out from this very dangerous spiral is not expecting a "Deus Ex Machina" to descend from the sky and solve the situation. Not that there is a shortage of candidates who portray themselves as saviors, starting with Trump wanting to make "America Great Again" and not having any clue about how to do it. The immensely talented blind singer and composer Stevie Wonder has just declared that "voting for Trump is like asking me to drive" … Hardly any better analogy can be made regarding this election.

What is needed, and I have written about this many times already, is to establish a platform where the "common wisdom" could be put into practice. A "national union" government in the aftermath of the odious coup attempt on July 15 would have been a very good opportunity, but it has been missed. Now we have again entered into a new era of hatred and division. This will not do any good to anyone in this country. We have immense perspective problems, not least the future and the integration of 3 million Syrian and Iraqi refugees. We have been dealing with a Kurdish insurgency since 1983 and it has gone beyond all rational explanation. Turkey cannot afford to lose any more decades fighting terror. The coup attempt has also shown the Turkish public how dangerous and noxious pseudo-religious leaders and their sects can be.

We still have the opportunity to reverse the tendency, to establish a system of collaboration and cooperation among democratic forces, to restructure a participative, pluralistic democracy. This is Turkey's only force, only chance, only perspective to become a role model again. Otherwise, we will face a very tough era too, whether Clinton is elected or not.
Last Update: Nov 09, 2016 2:00 am
RELATED TOPICS