How dependable is the Trump administration for Turkey? 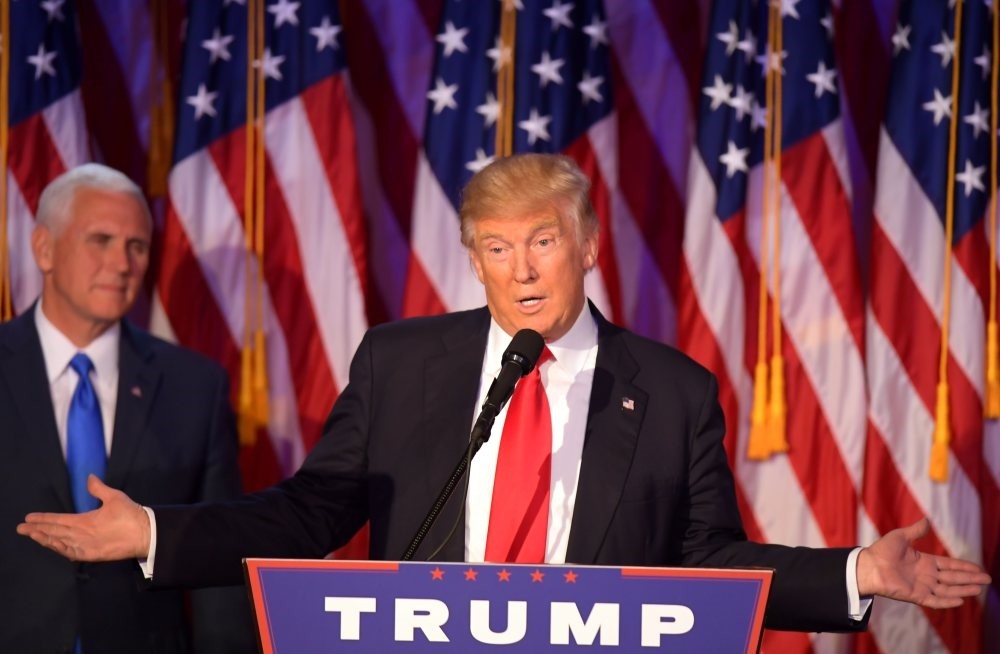 It would be wrong and haste to say Trump will solve all problems in Turkey-U.S. relations, but it is predictable that the frozen ties will shortly enter the normalization process

There is major turmoil in international relations since Donald Trump was elected the 45th president of the United States. This was a major and mostly shocking surprise for a majority of decision-makers and opinion leaders across the world, especially considering there is a common feeling among the world's public that the new U.S. administration can change the face of the world as we know it.

Starting with this point, there are a number of extrapolations and speculations that either depict Trump as a new Doctor Strangelove, or a much more realistic and sound ally than his predecessor, Barack Obama.

Perhaps a number of statements can help us to better foresee the development of U.S.-Turkey relations for the foreseeable future:

The first statement would be that Donald Trump and his team were not really prepared for their victory. Therefore, this new administration is not really ready to establish a brand new, radical grand design for the United States.

What has been done or declared by Donald Trump is basically a deep conservative approach to the economy. The banks will be given a much greater margin of maneuver, as he has declared. The social security systems, seen as "socialism" and out right rejected by the conservative public in the U.S., will be repealed, starting with Obamacare.

Instead, tax rebates will be given to different categories of employees, hoping to revive their entrepreneurial skills. This is not so very different from the Ronald Reagan era.

The U.S. economy performed nicely during the Obama era; therefore Trump inherits a good economic situation, where he definitely does not want an expensive currency that would adversely affect U.S. external trade. He thus will ask for a cheap dollar, while demonizing Germany, a very strong economy with a relatively weak currency, the euro.

Trumps is also threatening people to establish countervailing measures if investments are delocalized from U.S. territory. This predatory stance has already yielded some results. So his political approach is a mixture of ultra-liberalism at home with isolationism abroad. He has already frozen the Transatlantic Trade and Investment Partnership (TTIP) treaty, showing a clear propensity to a much more inward-looking system.

Is this good news for Turkey? Some developments may yield positive results in the immediate term, particularly the TTIP system in which Turkey was seeking a chair at the table without really finding any. Its postponement can give much-needed breathing space to Turkey's external trade policy.

Turkey cannot take a very negative stance vis-à-vis the U.S. administration, at a time when all the external relations in the region are impregnated with warfare, criminal developments and deep uncertainty.

This is not to say that the Turkish governments should refrain at all costs from taking negative stances against the U.S. Turkey's recent history is full of crisis periods with different U.S. administrations: Turkey's former President İsmet İnönü, in 1963, had a very deep-running strategic conflict with then U.S. President Lyndon B. Johnson over Cyprus. The former Prime Minister Bülent Ecevit, back in 1975, took the decision to take over the command of all U.S. military bases in Turkey, after different clashes regarding the poppy seed production in Turkey and the Cyprus issue again. Former President Turgut Özal, despite playing an active role during the Gulf War back in 1991, did not open a front against Saddam Hussein's army.

Last but not least, the Turkish Grand National Assembly did not endorse the opening of a united front against Iraq during the Iraqi war back in 2003, under the premiership of President Recep Tayyip Erdoğan.

Turkey's sensibility as regards to its own interests is a given fact; its capacity of taking bold steps when such interests are at stake is also obvious, as seen many times in recent history. However, this does not mean that the Turkish government and officials should embark on the kind of aggressive public declaration style adopted by Donald Trump, so far as this will not bring in any benefit.

The principal expectation of Turkey from the U.S. remains to be the stopping of the support it extends to the outlawed PKK's offshoot, the Democratic Union Party (PYD) in northern Syria. The quagmire of Syria has been created jointly by the imbecilic neo-con politics of George W. Bush and the very hesitant, procrastination policies of Barack Obama. Donald Trump has inherited an impossible situation and it would be too much to ask from him to solve the intractable issues of Syria.

Anyhow, if the Astana process is to become successful, Turkey will need the full and sincere support of the U.S. So for those who expect a violent diatribe between President Erdoğan and President Trump, the short term will probably not give any satisfaction.
RELATED TOPICS