Do EU leaders see Turkey as the other? 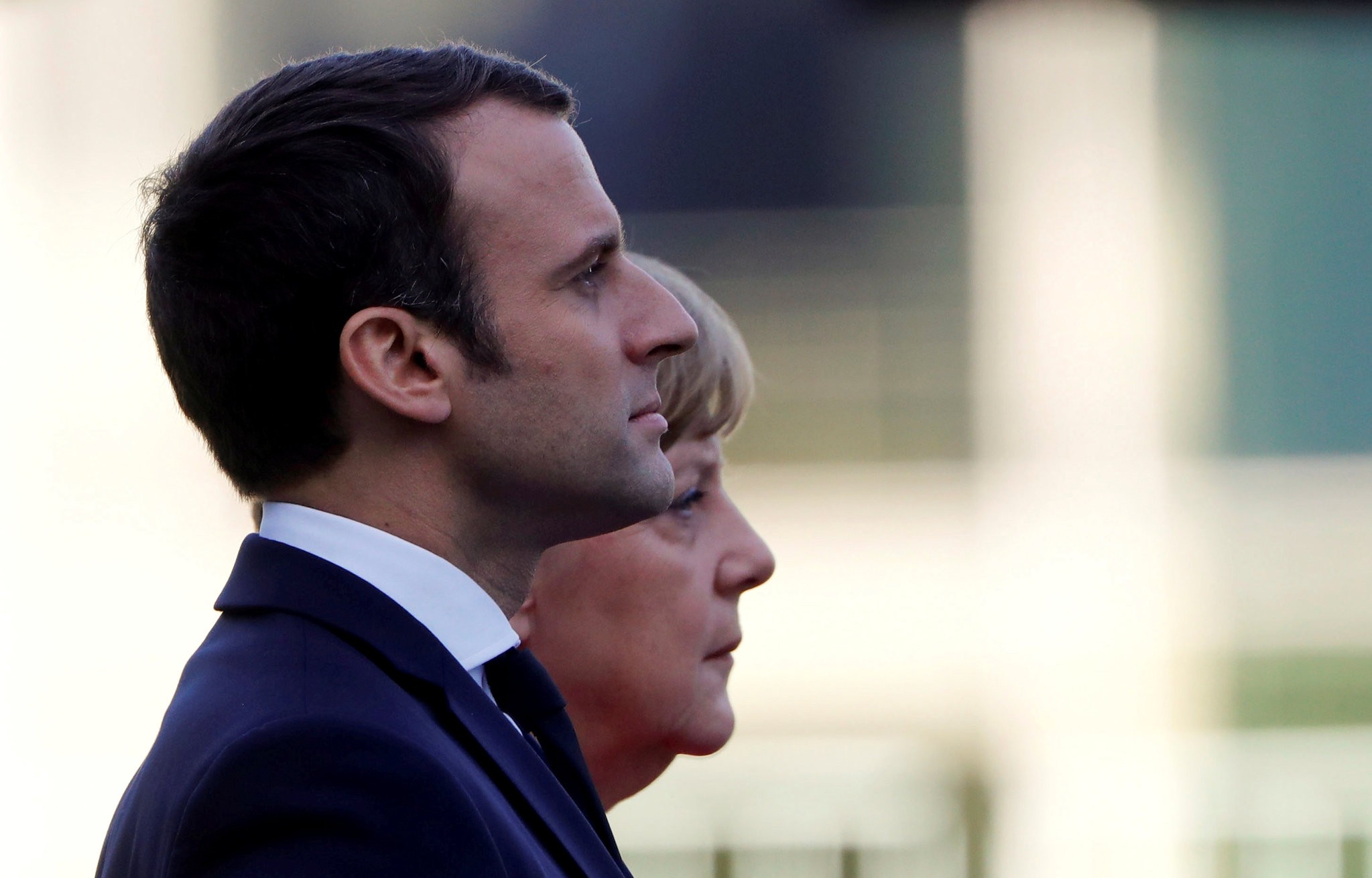 German Chancellor Angela Merkel and French President Emmanuel Macron attend a welcome ceremony at the Chancellery in Berlin, May 15.
by Emre Gönen Sep 05, 2017 12:00 am

Last week French President Emmanuel Macron made a very detailed presentation of his external policy in front of a couple of hundred ambassadors and high-ranking diplomats of France gathered in Paris for the occasion. In a long hour-and-a-half address, Macron detailed his vision for future external policy. He mentioned Turkey four times, never directly and never in a positive way. On the contrary, he underlined that diplomacy should not forget the respect of basic human rights, as in the cases of Russia, China and... Turkey.

So here we are, becoming steadily and relentlessly the new South Africa of the apartheid regime for EU countries. Macron has emphasized his distance with Turkey through an interview, during which he declared that being an internationally important leader is not "cool," so long as one has to talk to President Recep Tayyip Erdoğan on the phone every 10 days. The Turkish presidency did not consider the declaration "offensive," with the French Ministry of Foreign Affairs having watered down Macron's declarations in a very swift and decisive way just after their publication.

However, the best was yet to come, it happened during the only public debate between the two leaders of German politics; Chancellor Angela Merkel and the leader of the Social Democratic Party (SPD) Martin Schultz. The debate was more like a negotiation between two prospective coalition partners rather than two rivals struggling for power. Still, Schultz has cornered Merkel twice: First for her peremptory declaration concerning the welcoming of a million refugees without consulting her European partners, second her lenience regarding the fate of accession negotiations with Turkey.

The SPD, historically, has not been categorically "against" a Turkish membership to the EU. Merkel's Christian Democratic bloc (CDU/CSU) on the other hand has been consistently advocating a policy of "anything but membership" for Turkey. It is quite astonishing to see the SPD leader admonishing the CDU Leader for "still not having cut off for good" accession negotiations with Turkey.

Referring to the two German citizens who were arrested a few days ago in Antalya, Schultz said, "We have reached that point, where economic relations, negotiations on the customs union and accession negotiations with the EU should be interrupted."

Chancellor Merkel was startled by this frontal attack she obviously was not expecting. She has reacted by first saying that, in view of the importance of Turkey, such a move should be considered very attentively. Still, she changed her attitude in the course of her reply and concluded by saying that an adequate formula should be formed to overcome this issue, in relation with EU partners.

So there goes the geo-strategic importance of Turkey and its potential as a huge, rising market and population. At a time when Georgia and Ukraine are granted visa-free travel, Turkey, hosting three million refugees, is not even poised for such a simple goodwill gesture. On the other hand, any leader in Europe is guaranteed to have some public support by taking a hard-liner stance against Turkey.Now the explanation would be the opposition to President Erdoğan's policies, especially concerning the situation of basic human rights in Turkey. From the Turkish side, the government usually issues very harsh declarations recalling that just a year ago, the country was on the brink of a military coup, staged by a very dangerous organization, namely the Gülenist Terror Group (FETÖ), whose members are being given shelter in most EU countries, especially Germany and Greece. One of the most important arguments used by Turkey is also the impunity of PKK supporters and militants across the EU.

This is a dialogue between the deaf, if we can still call dialogue a compilation of harsh public declarations from both sides. No way out of this diplomatic quagmire is visible at all. Both sides prefer to use the very unpromising external relations to enhance their domestic public support. In Europe, rejecting Turkey as the "other" has always been popular unfortunately. In Turkey, it is a little bit more complicated, there are always more people wanting to join the EU than people flat-out rejecting it. However, raising the voice against "European" leaders has always been helpful in domestic politics. Therefore, in the short run, every side keeps its stance and does not search for any opening.

In the longer run, this is pure suicide. If the EU cannot have healthy relations with a country such as Turkey, what would be the future of its relations with its neighboring markets? In 10 years' time, neither the same German nor the Turkish governments will probably be in place, but the single market will, and the future of these countries also will depend very much on each other. A little, just a little of far-sightedness is extremely needed to ease the tensions between Turkey and Germany, and on a larger perspective between Turkey and the EU.