Restructuring alliances more vital than ever 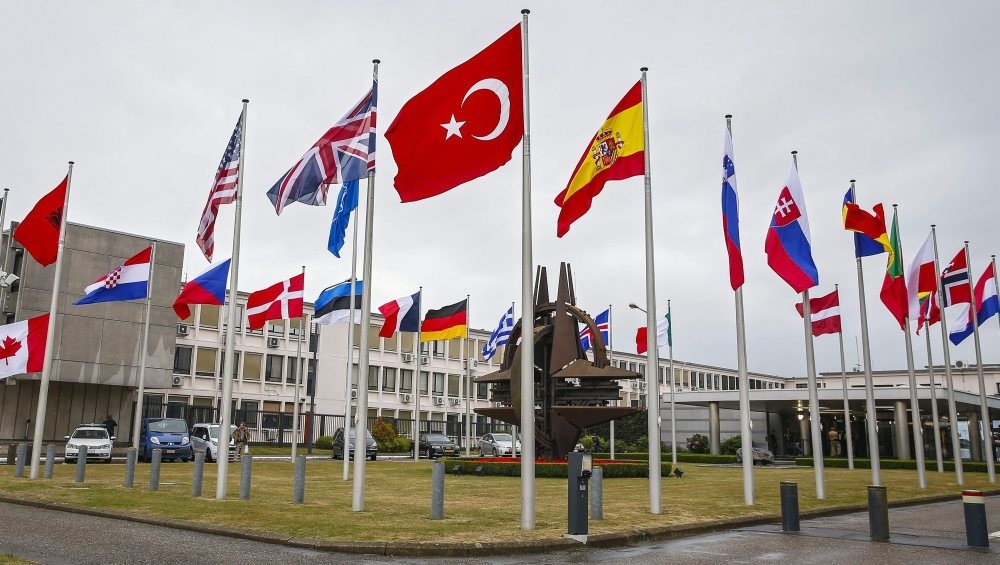 The world's leading alliances should not be manipulated by increasing polarization, and should stop harming their organizational cooperation accordingly

Important developments have come one after the other with regard to Turkey's essential strategic partners. One is obviously the North Atlantic Treaty Organization (NATO), a military alliance established under the undisputed leadership of the U.S. The other is Turkey's never-ending ultimate membership objective, the European Union.

First, the EU took a political punitive measure by downgrading pre-accession aid to Turkey to 106 million euros. This financing supports harmonization of Turkish legislation with that of the EU. In view of Turkey's democratic record in recent years, EU member states decided under the guidance of Germany to send a strong message to the Turkish government. From 2005 to 2017, the membership perspective has been destroyed, and even conventional diplomatic ties are being severed.

NATO is a more complicated situation. It is a military alliance established to counter the Soviet Union in Europe. In the bipolar world, it was essential to the Western Alliance. With the end of the Cold War, NATO sought a new identity that it did not find.

A huge opportunity was lost under Gorbachev's USSR and Reagan's U.S. The idea was to render the European continent less prone to a military conflict by establishing a good network of relations and by refusing to enlarge NATO after the demise of the Warsaw Pact. The Gulf War and the attitude of the Soviet leaders at the time against Saddam remained the only examples of a world order where rationalism and democratic approaches could have been dominant.

NATO has been enlarged beyond reason, encompassing countries with very weak military structures, mainly to make them feel more secure. Under the George W. Bush presidency, the U.S. even tried to enroll Georgia in NATO, which was rejected by the joint efforts of Turkey and Germany both, fortunately so...

According to Stephen Kinzer in the Boston Globe, "Today NATO systematically confronts Russia with troop movements, arms build-ups and maneuvers near Russian borders. At the same time, it supports American 'out-of-area' wars in places like Iraq, Syria, and Afghanistan."

NATO is different from the EU, so long as the leadership of the U.S. is hardly challenged or questioned. This is a major problem. The United States of America, unlike any other country in the world, does not have repercussions and negative effects from its external moves.

The war in Vietnam, a terrible mistake, did not create any real negative effect on the U.S. economy nor external relations. Except giving a huge potential to the Hollywood film industry, the U.S. did not really have to pay back anything for an incredibly violent and useless war. Same thing goes for the wars in Iraq and Afghanistan. The Syria policy of the U.S. administration has been a total disaster, but the U.S. does not really suffer from its adverse and deep going effects.

Turkey is in no such situation. A perfectly justifiable military intervention in Cyprus to abort a fascist coup d'état has been hanging like a Damocles's sword upon Turkey's external relations since 1974. It has been used to exert important pressures upon Turkey, and it probably prevented many openings and investments.

The last scandalous and miserable happenings in NATO joint maneuvers in Norway created a situation whereby Turkey is in dire conflict with its two essential and vital alliances. One of them is definitely NATO, the whole Turkish Armed Forces (TSK) has been structured to NATO standards, and it remains the second largest army in the alliance.

The second ally is the EU; the whole Turkish economy and foreign trade has been structured to harmonize with the Single Market; a fully-fledged customs union exists between the two partners - started in 1971 and completed in 1996. The technology used is almost exclusively of EU origin, as well as direct investments.

EU leaders are questioning more and more the Europeaness of Turkey, forgetting that they have not hesitated to shut the door in the face of the latter. NATO allies seem more distant than ever. However, Turkey's alliances can hardly be replaced or even amended in the near future. I have had many opportunities to write about strategic alliances. They are not just the consequence of common interests; they go way beyond conjectural dynamics. They point towards similar ways of living, similar societal traditions, similar objectives and similar regimes.

The whole world is in transition; the U.S. cannot really act as a role model, especially when neo-cons are in power. The EU is clearly envisaging a purely European defense system, while regional alliances acquire even more importance. It would be a much better idea to restructure our vital alliances together with our allies, instead of fueling nationalistic feelings. This is not something Turkey can do alone, and the importance of our relations with leading EU countries becomes more visible than ever.