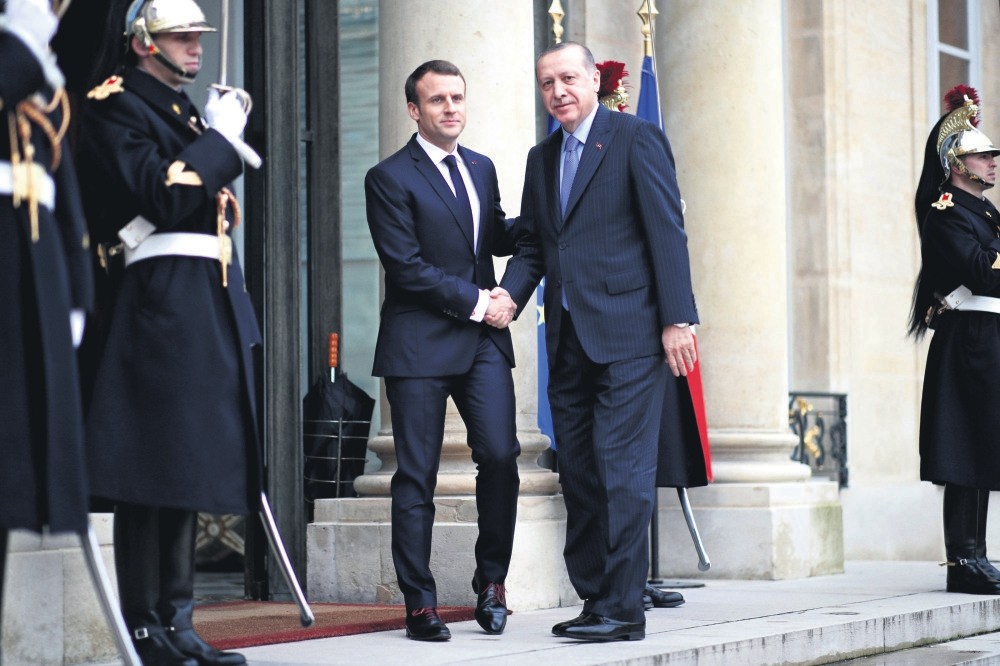 The meeting between Erdoğan and Macron could not give the most perfect results for future of Turkish-EU ties, but it was better than nothing

A long-awaited meeting took place between President Recep Tayyip Erdoğan and French President Emmanuel Macron in the French capital. The meeting was eagerly awaited to see whether Turkish-EU relations could gain new impetus. The most optimistic analyses did not really foresee a normalization of relations, but a thinning of the situation mired in conflict. This is very likely what happened in Paris.

Macron repeated, in a very diplomatic way, what was being said in the EU for a couple of years: That Turkey cannot expect any opening toward membership so long as developments stay the same, regarding basic rights and freedoms in Turkey. Thus, he wanted to offer an alternative, a partnership for Turkey in the EU. Needless to say, such a partnership does not exist as an institutional status within the founding treaties of the EU. At best, this can be seen as a political gesture to avoid worse developments in relations.

The customs union consists of the mutual removal of all customs duties and tariffs and all barriers to bilateral trade in industrial goods and the application of a common external tariff (CET) for third countries.

The customs union also covers harmonization in new conditions developed on the basis of the General Agreement on Tariffs and Trade (GATT) regulations in global trade and the fundamentals of the EU's Common Trade and Common Competition Policies in the framework of single-market applications that were put into effect in 1992. These include the harmonization of legislation in the protection of intellectual, industrial and commercial property rights, competition, state aid, public procurement and taxation and settlement rights and services.

Actually, the Turkey-EU Customs Union has enabled Turkey to reach a high level of alignment with the EU acquis. Having integrated with the largest and one of the most competitive economic blocs in the world, the customs union obviously accelerated liberalization, resilience and competitiveness in the Turkish economy.

The problem is that it hardly constitutes an objective in itself. When two countries – or a larger number of countries – establish a customs union, relations are so interpenetrating that other domains of cooperation emerge, creating a vast system of integration. The European Union is the most visible example of a successful customs union, but it is worth remembering that in the 19th century, German reunification started with the "Zollverein" customs union also.

Now, having seen the door shut in Turkey's face for membership negotiations, how can both parties accelerate the modernization of the customs union? Nothing shows us a political opening in this field. The delicate phrasing Macron used does not give way to increased optimism regarding political relations between Turkey and the EU.

What was quite successful, on the other hand, was the common political will of both parties to collaborate on terrorism and migration. Macron said that cooperation between Turkey and France was exemplary regarding the fight against terrorism. This is an important issue. This might also lead some European countries to take Turkey more seriously when it comes to the position to be taken for the Syrian civil war.

Another positive achievement was the finalization of an important military contract between Turkey, France and Italy regarding air and missile defense systems. This new and important joint production in a vital military field will perhaps stop some critiques pertaining to Turkish commitment to NATO and the Western alliance.The annual progress report concerning Turkey's accession negotiations will be published very early this year, in April instead of late September. We will probably then learn the fate of Ankara's accession negotiations. It is still not impossible to find again a context as favorable as 2005 to some day resume accession talks. Still, nothing is immovable in political developments and nothing can be seen as unchangeable.