Will Germany's new government have new problems with Turkey? 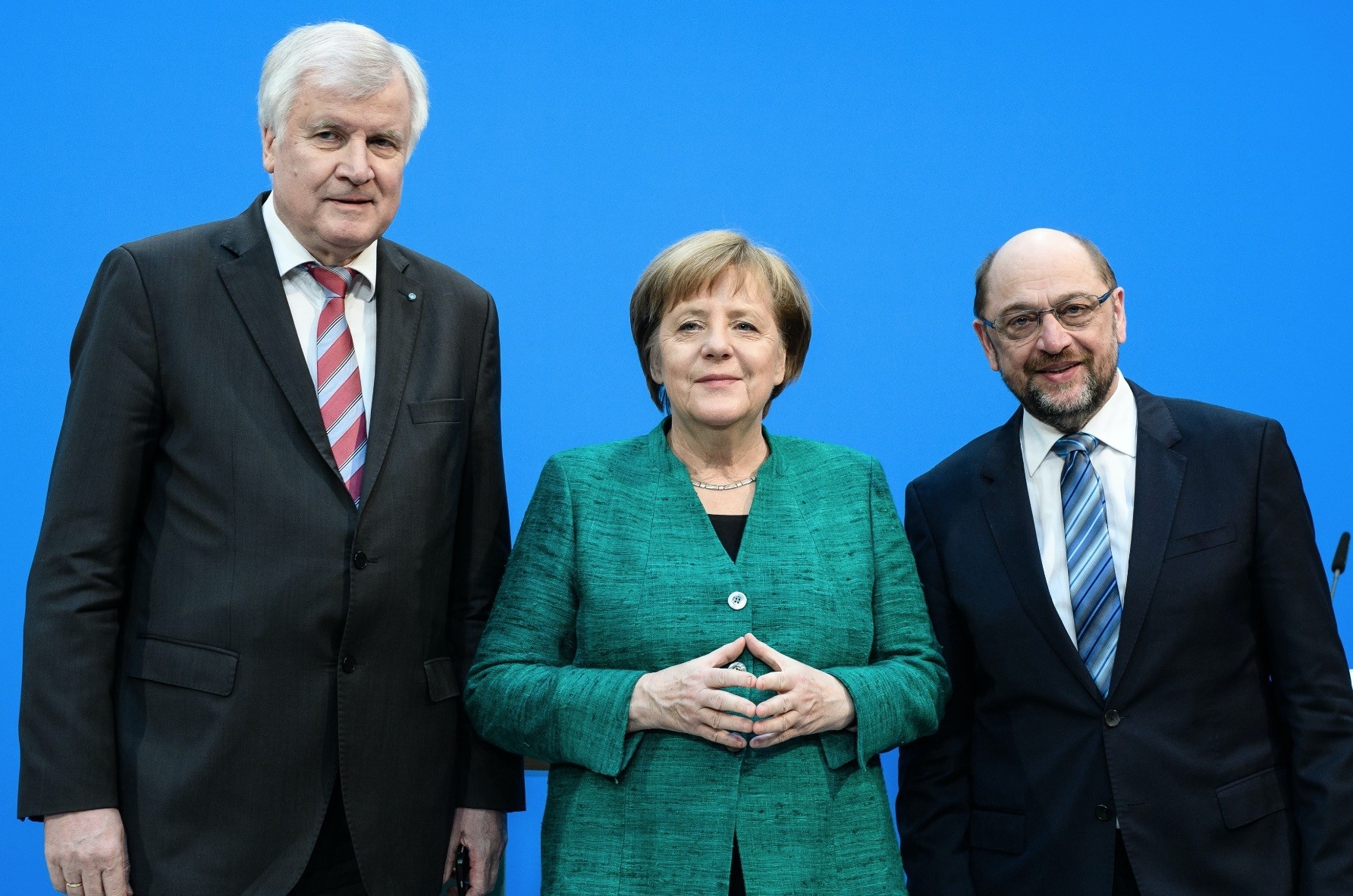 If Schulz, who has been extremely vocal in condemning Turkish politics, assumes a position in the new German government is not good news for Ankara concerning its relations with Berlin

After the parliamentary elections in Germany six months ago, all analysts agreed on the same point that the German political elite could work out a coalition government out of a very diverse and divided lower chamber. Only very few thought it would be that difficult. After six months of deliberations, tergiversations and volte faces, the end of the tunnel has come into view, albeit a very distant and dubious exit.

The Jamaica coalition, tipped in the aftermath of the elections, regrouping the conservative bloc, liberals and Greens has been a total mismatch. Chancellor Angela Merkel, as the head of the biggest political group, has been since trying to put together a workable coalition. The visible choice was to continue the grand coalition with the Social Democratic Party (SPD). The latter had refused a new coalition partnership because the party was steadily losing ground when in power as a junior partner in a coalition. As the six months passed without a government, opinion polls still pointed at a steady decrease in SPD support. That probably alarmed the new SPD leader, Martin Schulz, and his team, who decided to hold new negotiations with Merkel. And a solution was found after shaky weeks of difficult bargaining and haggling.

It will, however, be up to the voters and militants of the SPD to give their assent to participation in the government through a popular vote. The result is not secure at all, but in the case of support from a majority of party militants, we will see yet another coalition formed by the Christian Democratic Union (CDU)-Christian Social Union of Bavaria (CSU) and the SPD. This time it is more than probable that the portfolio of foreign minister will be held by SPD leader Schulz himself.

This may not be good news for Ankara. Already, the very tense and deep-running resentments have only been superficially healed between foreign ministers Mevlüt Çavuşoğlu and Sigmar Gabriel. Schulz, who has been extremely vocal in condemning Turkish politics, be it in domestic or foreign issues, has been advocating for a very serious overhaul of relations. Despite being in the government coalition, he did not hold any ministerial portfolio at the time, which gave him a much higher latitude to criticize the Turkish government.

The saying goes that a politician in power and the same politician in opposition are two different life forms. Empiric evidence suggests that is mostly true in most cases. However, I do not think that Schulz will instantly moderate his stance and prose on Turkey the day he holds the Foreign Ministry portfolio. His probable nomination will also coincide with the EU-Turkey summit to be held in Varna, Bulgaria, by the end of March. The combination of all these circumstances is rendering the coming EU-Turkey summit extremely delicate.

For the time, none of Turkey's institutional allies, be it NATO partners, primarily the U.S., or its EU partners, primarily France and Germany, are supporting Turkey's military operation in Afrin. Not that they have any tangible alternative to offer to solve the situation in Syria, which has become an open battlefield for all kinds of foreign powers. No country, except for perhaps the Astana partners, can offer a viable semblance of a solution in Syria. With the Israeli armed forces bombing Iranian targets in Syria, the number of fighting forces have increased recently.

Turkish wording on official declarations, most of the time, goes far beyond accepted formats of international declarations, creating increased unpredictability. EU partners starting with France, very directly question whether the Turkish military operation in Afrin can be seen as an annexation. This is hardly understandable on the part of Turkey's best partner in the EU. At the same time, the presence of Iranian troops, seconded by Russian military support and aerial coverage is not condemned with similar severity. Nor is the re-emerging atrocities of the Bashar Assad regime using chemical weapons against the civilian population with impunity being condemned.

So, the situation is that Syria is being immolated on the grounds of regional stability, killed by the Assad regime, which is supported by Russia and Iran. Since the beginning of the uprising in Syria, PKK-affiliated armed groups have sided with Assad. The U.S. does not know what to do, when to do it or with whom to do it. Three U.S. administrations, extremely different from one another, those of George W. Bush, Barack Obama and Donald Trump, with very different policies, have totally destroyed the Middle East. Turkey is going to try to implement a security zone by paying a heavy price in military and civilian losses and will probably be bluntly reprimanded for that at the summit with the EU. The EU has no Syria policy either. Never has the situation has been so diffuse, so incomprehensible, so revolting and so intricate in this region since World War I.