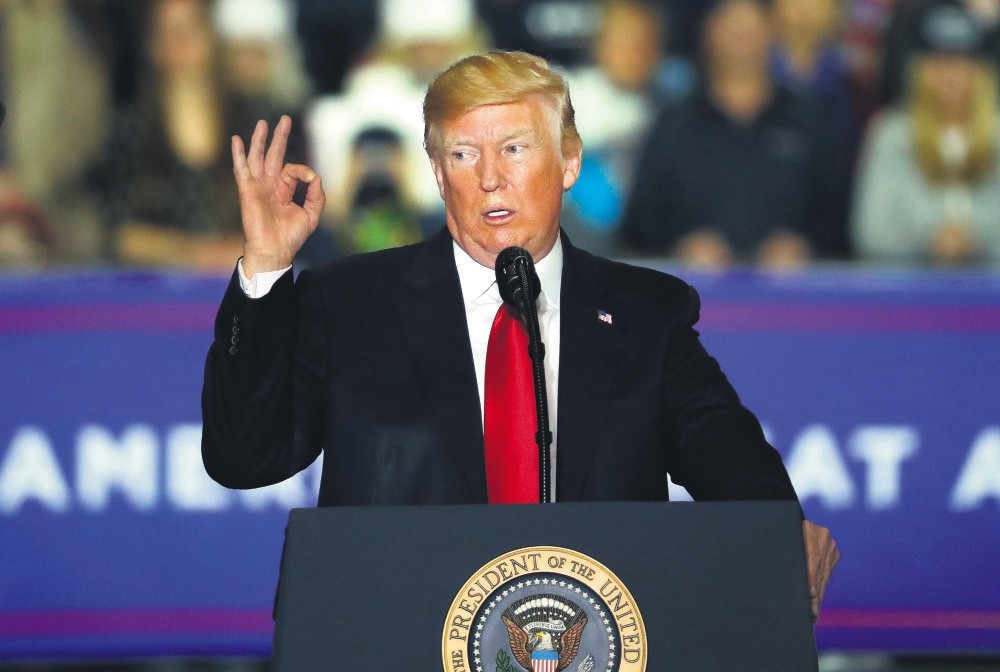 Trump's aggressive attitude toward North Korea is presented as a victory over the denuclearization of the country, which seems to encourage him to use the same tactics toward other countries, namely Iran

Nowadays and in this international environment when every serious analyst are expecting things to get worse, a formidable volte-face has happened on the Korean Peninsula. In a rare flexibility, Kim Jong Un, the third sovereign of the North Korean communist dynasty, has accepted the denuclearization of North Korea. For the first time in history, a North Korean leader has stepped onto South Korean territory to sign an agreement to officially end the Korean War and open a way to a possible reunification in the future.

Just few months ago, the world leaders were extremely worried about North Korea going totally out of hand, as its rogue state posture degenerated into almost an open conflict with Japan. Kim sent several missiles into Japanese airspace, creating a huge turmoil. North Korea openly threatened the U.S., to which President Donald Trump answered with an insulting threat, saying that his bombs were much more numerous and better performing.North Korea is a totally isolated country and economy; one-fourth of the active population is enrolled either in the army or other security and defense forces. The totality of the society is severely regimented; the economy depends solely on Chinese support. Therefore, China, without really wanting to make a public admonishing, had to call Kim to order. The latter visited China by train, meeting President Xi Jinping in an official encounter, from where not much has leaked.

However, the diametrical volte-face on the part of North Korea owes probably much to his talks with China. The encounter between Kim and Xi was strikingly symbolic: Kim was wearing a pure Mao Zedong style suit, without any artifacts, and his haircut was definitely copied from Mao's personal style. In front, Xi was wearing a conventional dark suit with a tie, with a very conventional haircut too, as if the two leaders tried to represent the different periods of the People's Republic of China. Kim representing the regimented communist era, with the reminder of the Cultural Revolution, and Xi as the perfect product of Deng Xiaoping's "Four Modernizations."

The North Korean press was filled with dithyrambic praises for the Chinese revolution before Kim's visit. Apparently, it did not work; China, without making any public reprimand, without even rising its voice noticeably, has totally changed North Korean policy toward its southern neighbor and toward President Trump, even publicly declaring a possible encounter with Kim, at a date to be fixed. Nobody knows what will be the outfit Kim will choose on such an occasion, but imitating Trump's haircut could be a real challenge this time.

On a less trivial level, North Korea's extremely threatening posture on nuclear armament seems to have come to an end, chiefly because China did not want such a thorn in the foot. Nevertheless, the very aggressive and unpredictable attitude on the part of Trump is presented by the conservative media in the U.S. as a personal victory for the president. The latter is exactly on the same wavelength when he is asked about his role in this fortune turning issue.

He has been so confident in his style and arrogance that he has opted for a very similar policy against Iran. He finds (and he tells openly) that the agreement to control internationally Iran's nuclear research "is a very bad agreement." Well, Iranians do not seem to agree, nor do the Russians and the EU countries. For one thing, Iran does not have the nuclear weapon producing technology and capacity. "Yet" would say Trump, who is willing to impose upon Iran a much more severe controlling mechanism, probably trying to punish the latter for the role it plays in the Middle East. This seems not very feasible, because unlike North Korea, Iran is not an isolated country.

Again, unlike Korea, it does not have a single big economic alien power to depend on. The conjectural alliance with Russia is not a total submission for the Iranian economy, as it is the case for North Korea with China. Anyway, why would Russia put any pressure upon Iran to make the nuclear deal even more drastic?For President Trump, these are expendable small details. He is savoring his so-called victory over North Korea, and now he will try to use the same approach against Iran while probably putting additional pressure on EU countries, especially France, to bring them close to his position. He almost succeeded to have President Emmanuel Macron to espouse his views over the Iran nuclear deal during French president's visit to the U.S. Macron, loyal to his tightrope walking diplomacy and tactics, said he would agree with the U.S. only when the Iranian deal will end. This does not mean anything while looking like an important declaration. Still in the coming weeks and months, Trump will put increasing pressure upon Iran. This is not good news for the Middle East.