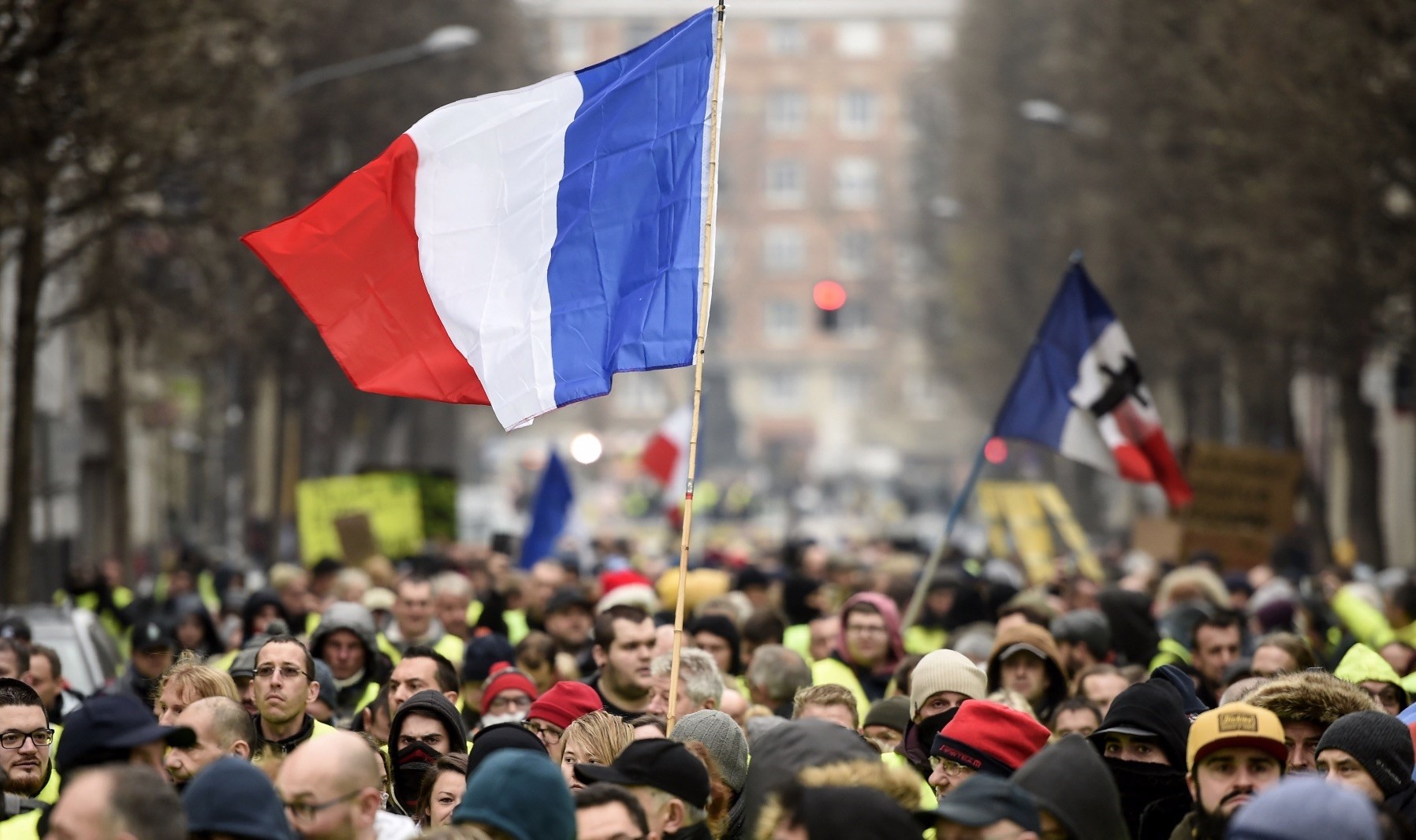 From the U.S. to Europe, 2018 has witnessed many political and economic ups and downs, leaving bad memories for all in the world and a good reminder: Watch out for any brainwashing ideological motivation

The last article of the year (most of the time the first published in the New Year) is the easiest one at first sight, because one is supposed to write up a summary of the last year. Then, when one sits before his or her laptop to carry out a succinct summary of the past year, difficulties start. What to underline and what to gracefully forget become a challenge for the poor analyst trying to remain original.

Well, for 2018, the evaluation is not so difficult; so far, it has been an "Annus Horribilis" for most of the world countries. Turkey, to start with, has been going through elections and a total administrative system change. We now live in a presidential system, which is slowly being set up. The economic situation during the second half of the year has been disastrous. In one of my articles I have defined the financial turmoil that the Turkish lira has fallen into, as the "perfect storm." The Turkish economy was overheated. Doubling the efforts to establish an even increasing number of projects, to devise a Keynesian way out of current turmoil did find the necessary financing on international markets.But the second issue was more important and more dangerous. It was called Donald Trump. In addition, remembering the U.S. president's name shows us practically the main factor of destabilization in international affairs. For a very simple reason: The international economic structure we live in is a pure U.S. system, which was first offered by Woodrow Wilson in 1919, but rejected. It has been imposed upon the "Western world" by Franklin Delano Roosevelt after 1944, and has worked more or less satisfactorily since.

We shall all keep in mind that the U.S. is not just another random country. After World War II, the entire international economic and political system was constructed around the U.S., with dollar set as the world's reserve currency and the presupposition that American democracy would remain the moral guardian of the whole system.

Donald Trump's erratic behavior has been consistently leading to full-fledged crises in cooperation and mutual confidence. Each time unexpected neo-conservative policies are implemented, or even just heralded, a larger margin of maneuverability opens for countries like Iran, Russia and China. The Shanghai Cooperation Organization (SCO) Summit that took place a day after the G7 disaster in June 2018 was buoyant. It consolidated Chinese leadership and demonstrated an incredible rapprochement between China and Russia.

In fact, the agreement was signed between Russian President Vladimir Putin and Chinese President Xi Jinping that goes beyond the style and content of the association between the communist regimes of Josef Stalin and Mao Zedong.

The more U.S. administration plays musical chairs with the top responsible of the executive, the more the U.S. policy becomes unpredictable. Very recently, Trump declared to pull off the U.S. military presence in Syria, without informing anyone beforehand. The People's Protection Units (YPG), a branch of the PKK, has shown its true face by calling the help of the dreaded Assad's regime. Putin's Russia has endorsed the best role in the story by trying to forge out a peaceful solution for Manbij. This is chiefly due to the unpredictable and very erroneous U.S. policies in the Middle East, once again.

The year 2018 has also seen an internationally planned and executed crime, the killing of Saudi American journalist Jamal Khashoggi, who has been set up in Saudi Arabia's Istanbul Consulate, where he has been put to death violently and his body skinned down. The crime has been discovered and denounced by the Intelligence Services of Turkey; highest-level declarations have put the real ruler of Saudi Arabia, Mohammed bin Salman (MBS) in a very difficult and weak position. That development has shown that Turkey's role in the Middle East is that of a democracy, exporting stability and preventing Mafia-style international relations, as it is customary alas more and more in the Middle East. It is very important to draw the correct conclusions from the Khashoggi murder.

Turkey's main ally in the EU, Germany, has had its share of unfortunate developments during 2018. Immovable Premier Angela Merkel went down with multiple electoral defeats; she thus decided to retire from politics for the next electoral contest. She is also having deep trouble with the immigration issue, an anti-immigration manifestation, with overtly fascistic slogans took place in Chemnitz. The famous football star of the Mannschaft, Mesut Özil, has decided to stop his international career because of the discriminatory attitude of German Football Federation.

A "multi-culti" Germany, which is still demanded by a majority of the population, is having more and more trouble to remain as a common political platform.

France, the other great country in Europe, has had a terrible year also. The first months of Emmanuel Macron's presidency have been positive, but then a huge popular uprising has taken place, without anybody seeing it coming. The "yellow vest" protests, in the direct vein of May 1968, have erupted very violently and unexpectedly and forced the French government to take very drastic corrections concerning the minimal salaries and taxations. Emmanuel Macron represents the pro-European young leader, alternative to populist politicians, and each time he collects a political defeat, it opens the gate to anti-migration and xenophobic policies, which are called "populist" nowadays.

Great Britain has shot itself in the foot with the Brexit process. I have called Brexit in one of my articles "Chronicle of a Foretold Death," to plagiarize Gabriel Garcia Marquez. Nobody thought it would be such a disaster for the British domestic policies and the EU. There is a seemingly "final draft" for the Brexit, in the hands of the Westminster, but there is a huge majority against it. The EU refuses to amend anything regarding the draft agreement, and all the political elite in the United Kingdom and the EU are joyously driving fast against a wall.

Italy is another problem. Italian parliament and senate elections took place during March and the results have been beyond the worst nightmares of EU leaders. A populist 5-Star Movement has won the elections and took as a ruling partner the Lega Nord, an anti-EU sovereigntist party. The first shock with the EU came with the first draft budget of the Italian government, which gave way to a first public bout between the European Commission and the Italian government. Ultimately, after weeks of recriminations and violent diatribe, a solution has been found, thanks to a very "accommodating" stance on the part of the EU.

The wind of change

"Populism" is on the rise everywhere. There is no real "popular" ideology to oppose that kind of mixture of "jingoism and authoritarianism." EU principles have been lost in a maelstrom of bureaucratic functioning; socialism as an idea does not translate into any captivating strategy or political movement, and liberalism is out of breath. It would be nice to know whether a strong political movement will appear to confront and contain the nationalistic wave in 2019.

The issue is that the inefficiency of the existing "ideologies" creates a void, which is filled in by doctrinal discourses that imitate full-fledged ideologies, without being one. Like our brain and our cortex, working without real hierarchy between them. Our brain is the gift of the nature; we create beautiful things with our brain, art, literature, science, empathy, solidarity… With our cortex, we feel anger, hatred, fear, repulsion… This is concisely the essential conflict all over the world. Shall we let our brains guide us through tortuous ways of problem solving, or shall we let our cortex take the best over our intellect. It is crude to put it that way, but I believe this will become the main challenge in the coming months.