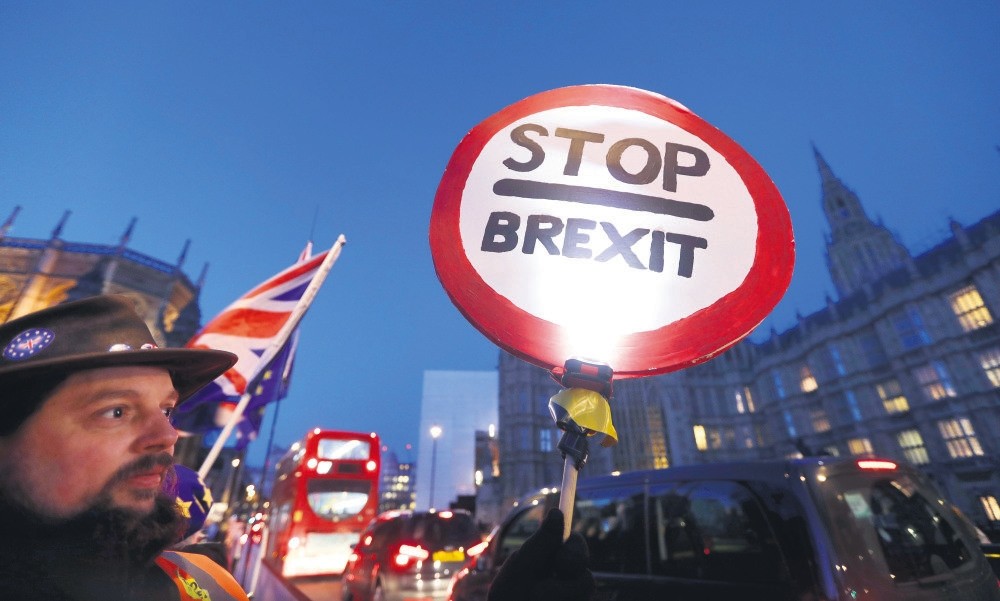 With the historic results of the recent vote, Theresa May's plan B, C or D doesn't have any chance of being taken seriously by the opposition at home, let alone by the EU

The Brexit issue is in a cul-de-sac, with no visible opening on the part of Westminster or Brussels. After the terrible demise of the deal concocted by Prime Minister Theresa May and the European Commission, nobody knows how to forge out a satisfactory solution in 66 days' time.

May has just escaped a no-confidence vote, thanks to the support of the Ulster Democratic Party (UDP) and its 10 members. Without the rather reluctant support of the UDP, she would have lost her majority at the chamber and very likely new elections would have been on the agenda. With such an agenda, the U.K. could have asked extension for Brexit, and this would have most likely been considered a valid argument by the EU.

Now everything is back where it started, but with a notable difference: there is no time to forge out a new deal, nor any accommodating partners that will allow more time for May to convince her Parliament.

The latter has promised to bring forward a "plan B" to be submitted to Westminster. That sounds great, but it has no more chance to become a reality than hippopotami swimming in the Thames River. A multi-partite, deep negotiation and accord was badly needed once the Brexit referendum results were known. Instead, the issue has been used as a domestic problem, giving way to altercations between Labour and Tory representatives in the Parliament. The Conservative Party was – and is – deeply divided on the issue, former Prime Minister David Cameron and May were proponents of a "remain" vote. People like Boris Johnson are proponents of a Brexit at all costs, even if means a no-deal exit.

A "no-deal" is the bugbear for the Labour Party and for its leader Jeremy Corbyn, who consistently refuses to sit on a negotiation table with premier May unless both parties agree that a no-deal exit remains unacceptable.

While the U.K. has been measuring the depth of the problems to come with a Brexit – with or without deal – during the 18 months of negotiations, the EU has been much more serene and calm, nominating a very experienced French politician in EU affairs, Michel Barnier, to conduct the whole issue. While the U.K. had to change its negotiator three times – the two first negotiators having resigned over the terrible consequences of a Brexit they saw, the EU succeeded in dealing with the issue in a satisfactory way. They do not seem eager to change anything in the deal rejected by Westminster, nor would they be willing to grant any additional time to the U.K., unless there is a change in the latter's position.

The whole issue looks frozen, and it is bad news for everyone. May's "plan B" – or C or D – does not have any chance to be taken seriously by the opposition, let alone by the EU. French President Emmanuel Macron declared that unless there are strong new happenings in the political agenda, meaning swing elections, a new referendum, etc., the EU would consider U.K. hesitations as only a diversion to get more advantageous conditions. The answer in that case is a blunt "no."

So what could happen now? Plan B does not have any chance of being realistically considered by anybody except a few Tory parliamentarians. May did not see Corbyn, who refuses to sit at the table unless a "no-deal" solution is declared unacceptable, and the other parties did not convince the premier to change her stance.

A no-deal, with the backstop of the Irish frontier, would be dramatic for the UK. A no-deal, with a strong frontier in Ireland would be the dismissal of the peaceful solution in Ireland. For the anecdote, the "Irish question" started under Oliver Cromwell, who died in 1658, and was solved in 1999, with the Good Friday agreement. It is definitely not a "secondary" issue for the U.K. and the Republic of Ireland.

Why couldn't the best diplomacy in Europe – and probably in the world – not see the incredibly bad consequences of a Brexit? How did the situation become so desperate and intricate? These are the subjects of a whole new article, but one thing is for sure: in an ever globalizing world, "national" policies become more and more inadequate. Conventional political parties become less and less capable of solving the challenges posed by globalization. In the end, that is only one of the explanations of the growing populist and extreme-right policies.