Now we can say 'Northern Macedonia' 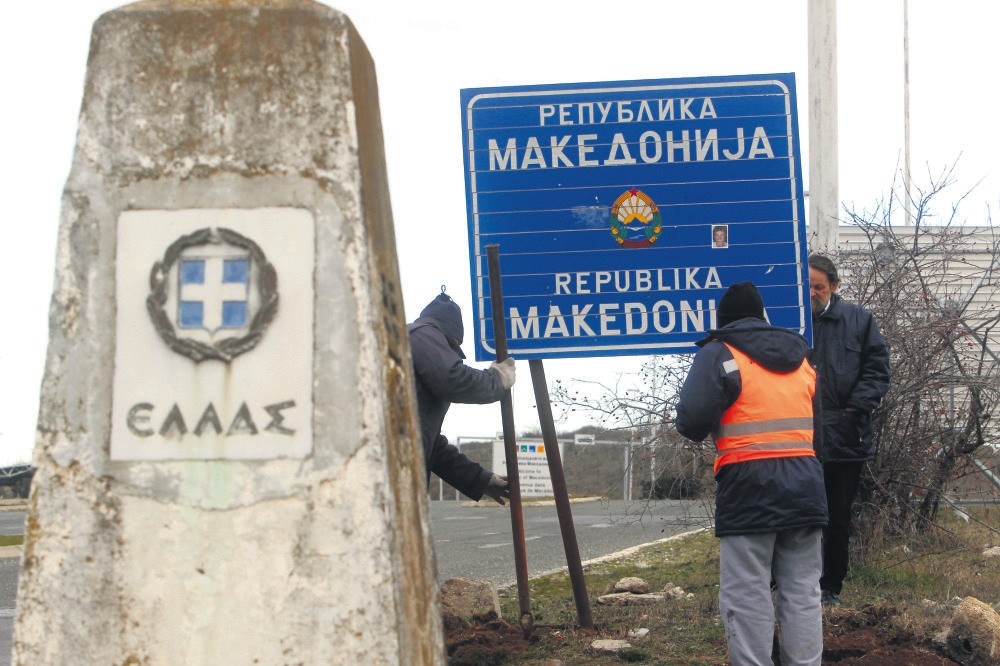 Everything started with the dissolution of Yugoslavia. This beautiful Balkan country, a late model of the Austro-Hungarian Empire, a compilation of different republics, did not survive the demise of the socialist system. It is worth remembering that "fraternity among peoples," dear to Soviet-type socialism, evaporated just after 1991. Practically all socialist countries having a federal or semi-federal structure failed. The dismembering of the immense Soviet Union covered many ex-socialist countries.

Czechoslovakia in a smooth way was divided into the Czech Republic and Slovakia, three Baltic republics declared their independence from the USSR, which was abandoned by Russia itself, under Boris Yelstin. However, tragedy struck in the most flexible of socialist regimes in Europe: Tito's Yugoslavia. The disappearance of the Soviet shadow over European politics has given way to the resurrection of old demons, everyone thought gone forever. That was not the case unfortunately, and the much-decentralized Yugoslavia has seen the rebirth of local irredentist nationalisms that challenge the diversity of the union of republics.

The European Union in 1991 was not at all eager to welcome ex-socialist countries as new members within the EU system. Different attempts were made (unsuccessfully) to try to create a second integration zone, which would prepare Central and Eastern European countries for hypothetical membership in a distant future. The Central European Free Trade Agreement (CEFTA) was signed to bring the former socialist countries of Europe together, around a new liberalized economic system. These republics were so tired of imposed "friendship and cooperation" schemes that they plainly refused to take part in the new system offered by the EU.

The wind of independence

Then, the terrible tragedy began. Croatia and Slovenia declared their independence, recognized immediately by Germany. A domino effect took place with other foreign countries recognizing different republics of what had to be called the "former Yugoslavia."

The trouble happened in Bosnia-Herzegovina, chiefly inhabited by Bosnians, but also with strong Croatian and Serbian minorities. The slaughtering of Muslim Bosnians took place before the eyes of all EU countries, which could not decide on what to do. Finally, they decided unanimously not to do anything, except to impose an embargo on Serbia. This immobility prevailed despite the terrible pressure exercised by public opinion and the mass media.

The then-U.S. president Bill Clinton declared that solving the Bosnia issue was the responsibility of the EU. There was major dissension in the EU, with Greece supporting Serbia and virtually the rest of the EU 15 supporting the blockade against Slobodan Milosevic.

Two years passed before a solution could be formulated and the slaughter of the civilian population stopped in Bosnia. The consequences have been deep. EU countries, fearing that such wars could ignite terrible turmoil in other Central And Eastern European countries, came up with the Copenhagen Summit in 1993, opening wide the doors of the EU to these countries.

That was without counting Greece, which was deeply offended by the turn of the events, especially the treatment of Serbia. Among other grievances, Greek public opinion remembered attempts to dismember Greece back in the Balkan wars, when parts of the Macedonia region were annexed by Bulgaria.

All of a sudden, all the ancient nationalistic demons and fears resurfaced, and a very large majority in Greece supported this outcry. Macedonia was Greek and should stay so... But then, what about the small Macedonian Republic? Well, after negotiations and hesitations, Greece accepted a name that would suit its interests: Former Yugoslavian Republic of Macedonia, or FYROM as an acronym. Yugoslavia was gone, but the name stayed for Macedonia. It was as intelligent as to call Greece the "Former Greek Province of the Ottoman Empire," but nationalistic pressures on both sides (Macedonia was not without its own nationalistic outbursts) made the deal long lasting.

Still, the problem remained. Escalating rhetoric and steps taken on both sides made the international position of Macedonia untenable. Not only did Greece block any opening toward integrating with the EU, so long as the Republic of Macedonia insisted upon keeping its name; military integration with NATO was also impossible.

After many meetings and after representatives of the U.N. secretary-general had done a very important but invisible job, a solution to unblock the issue was found. Macedonia would change its name to the "Republic of Northern Macedonia," and Greece would accept this new name.

Obviously, an issue that has been a very hot topic on both sides of the border was not to be solved instantaneously: The Macedonian National Parliament accepted the Constitutional change with an absolute majority, but it is worth underlining that only 80 of the 120 members were present for the vote. Some conservative members refused to vote, but the conservative wing itself was deeply divided. The real problem occurred in Greece where for years intransigence has been the main policy toward Macedonia. To the credit of Prime Minister Alexis Tsipras, after many altercations the Greek Parliament voted yes: a tiny majority, 153 votes out of 300; however, this victory in the Vouli (Greek Parliament) is the crowning achievement of Tsipras' negotiating skills. The latter's recent openings in foreign issues, be it the reconciliation with Macedonia (well, Northern Macedonia now) or new, amicable relations with Turkey are worth noticing.

It is also interesting to note the role played by the Orthodox Church. Patriarch Bartholomew made an opening to his "brothers in Macedonia," that has not gone unnoticed. The Macedonian Orthodox Church had been sidelined after the schism in 1967, and Bartholomew's belated but extremely important opening also shows the role he has played in recent international relations. He has been instrumental in delivering full marks to the Ukrainian Orthodox Church moving away from the Moscow Patriarchate in recent months. Today, his support for the normalization of ties between Greece and Macedonia has also been extremely important. In view of the very tiny majority obtained by Tsipras in the Vouli, such support will remain most welcome in Greek politics.

In a gesture of reconciliation, the immense statues of King Philip II of Macedon and his son Alexander the Great, erected in the central place of Skopje, will remain, but there will be commemorative plaques underneath praising the common history and Greek ancestry.

Macedonia will also abandon the use of some important symbols reclaimed by Greece as being part of Hellenistic heritage. By being successful in his "tour de force," Tsipras has also opened new perspectives toward unexpected political alliances in domestic politics.

One may say that all's well that ends well, and it is true. It is worth remembering the words of Zoran Thaler back in 2010, as a rapporteur to the European Parliament regarding Macedonia's candidacy for membership, he said that the Western Balkans looked like a bicycle; so long as it runs, the balance is established. On the contrary, if it stops, well...