Polarization is a dangerous dynamic 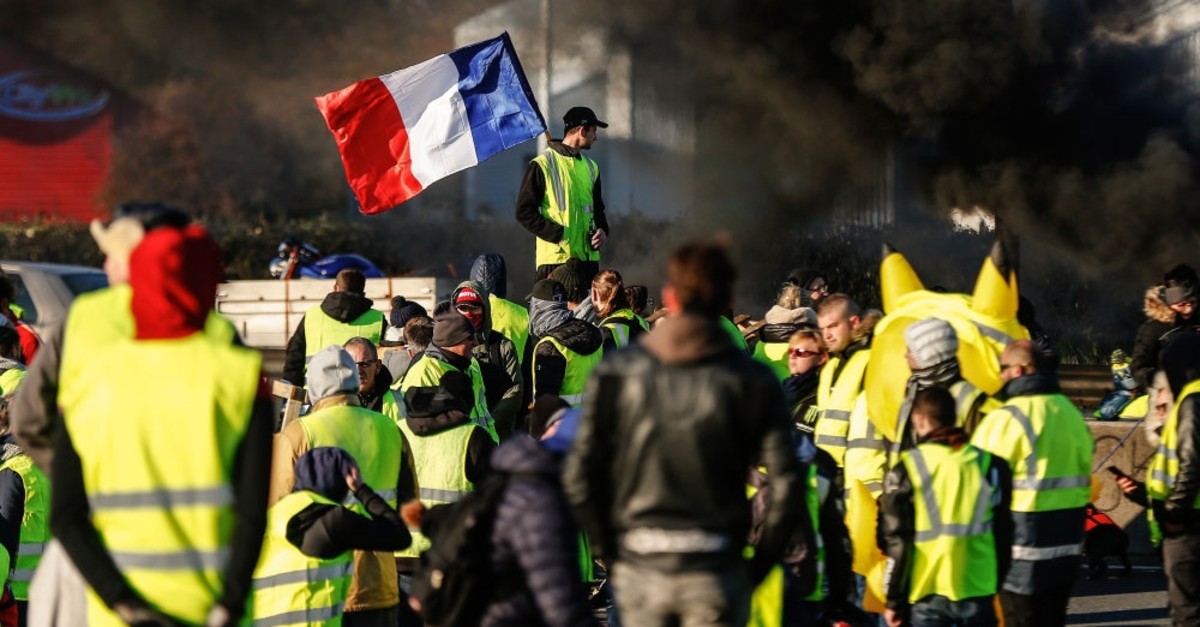 President Emmanuel Macron's attitude against the 'yellow vests,' albeit evasive at the beginning, has been instrumental in disarming the social uprising

Last weekend was to be a revival of the "yellow vest" movement in France. All the propaganda by the organizers aimed at giving the out-of-breath movement a new impetus. Nothing like this happened. The participation in protest events showed a historic low, and practically speaking this social outcry has ended.

President Emmanuel Macron's attitude, albeit evasive at the beginning, has been instrumental in disarming the social uprising. The "debat national" instigated by the president, encompassing elected mayors all over France, has been a success. The government also gave in regarding some essential requirements of the yellow vest movement, like increasing sensibly the minimal wage. Emmanuel Macron has been so satisfied with the result of his strategy that he wants it to now be implemented all over the EU, whose political elite and governments are not at all willing to support him.

Why is there such an inward-looking stance so generally shared by governments and the political elite all over the world? Well, in times of political and economic unpredictability, the essential reaction is to procrastinate and try to isolate oneself. This predominant attitude is more based on feelings than analysis. It usually follows debacles and failures in international relations. The best example is the attitude of the U.S., after the end of World War I, when President Woodrow Wilson's principles were mostly rejected by European powers. Congress decided to establish a very deep isolation policy, which was detrimental to both the U.S. and the democratic world.

Inward-looking policies also have another common feature: They deeply divide local societies. On one hand, you find people who extend a sympathetic ear to those condemning "foreign intervention in national affairs," on the other hand people oppose such isolation for various reasons. These reasons can be very diverse and sometimes conflictual, still, society does not need a full-fledged philosophical debate to become polarized over a number of social issues.

Opportunistic policies and populist discourses find very fertile ground in such transitional periods. That explains essentially, why there is a tsunami of populism in almost every region and country right now. When it happens in small peripheral countries, it goes mostly unnoticed. When it happens in the biggest political, economic and military power in the world, the United States, it can hardly go unnoticed.

When the world was bipolar, during the Cold War, there was always an alternative perspective for any country to have a staunch position against the U.S. When a country deemed it necessary for its national interests not to abide by U.S. policy, a modus vivendi was usually found because parties needed each other. For countries not wishing to join the "Western Camp," nor align totally with the USSR on policies, a third way somehow was available. Despite the fact that the "non-aligned countries" bloc sided most of the time with the USSR, the flexibility went deep. Countries like India or Egypt, who never really tried to implement a "Soviet-type socialism" could find a large margin of maneuver in international relations. Egypt even changed its position almost diametrically from Nasser to Sadat.

Adopting such a style is not necessary today for most countries, as far as almost every country, with very few exceptions, is included in the international economic system created by the U.S. as the Bretton-Woods System. Therefore, the center of gravity in the international system remains in the U.S., while democratic references lie also within the principles of American democracy, supplemented and developed by the European Union.

A popular saying in Turkish goes: "When meat begins to rot, it should be salted; what if the salt begins to rot..." The totally unpredictable and versatile attitude of the U.S. administration under President Donald Trump has done immense damage to international relations. However, it has also created very fertile ground for populism and jingoism at home. From Venezuela to the United Kingdom, from Ukraine to Tunisia, from India to Algeria, polarization is everywhere. It is dangerous, as populism and isolationism have never given good results anywhere in history.