Algerian military says 'no' to Bouteflika 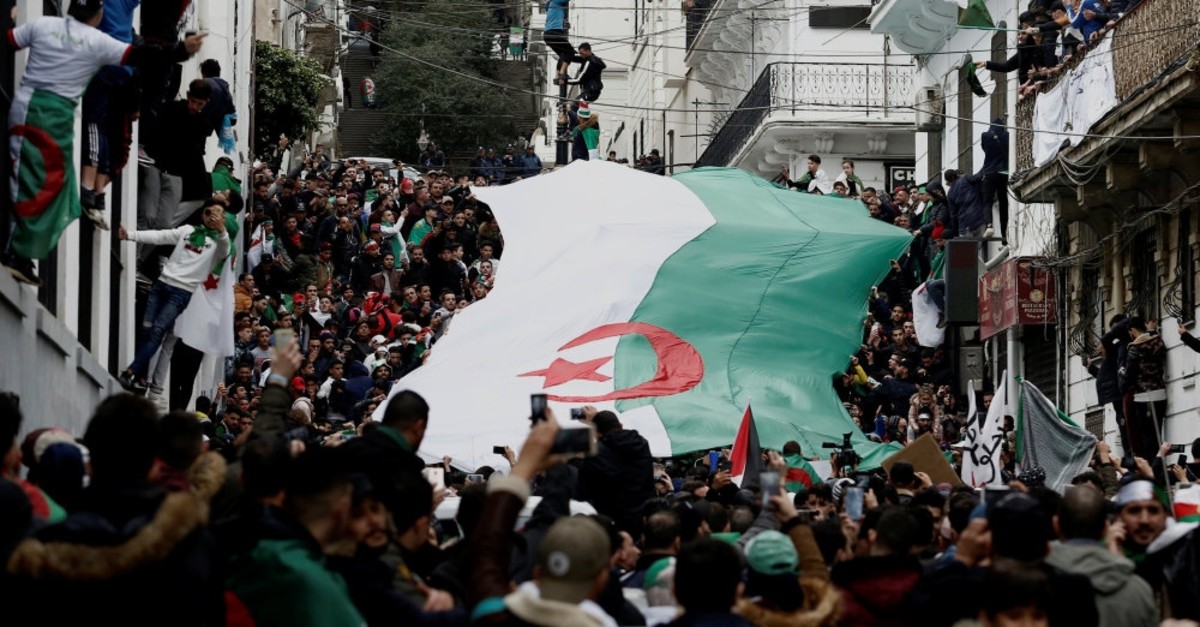 The Algerian army, which has been the 'kingmaker' in politics since Houari Boumediene, responded at first with a barely concealed threat to the demonstrators, declaring that stability in the country would be its main concern

I have had many opportunities to write about Algeria and the popular protests against the unwell President Abdelaziz Bouteflika's incredible attempt for a fifth presidential mandate. My last analysis ended with a key question: "The Algerian people and society largely deserve a smooth transition and peaceful reformation of an autarkic system. But will the army see it this way?" Well, we know now that the army, after a couple of months of uncertainty, has given reason to the incredible Algerian people. The Chief of the General Staff, Gen. Ahmed Saïd Galah, an old and immovable figure in Algeria, through a televised address to military officers, has declared that Bouteflika should resign according to the constitution, because of his inability to fulfill his presidential duties.

That has created an effect comparable to a shell shock in Algerian politics. Gen. Saïd Galah is Bouteflika's long-time companion and a very loyal supporter. He owes his very long-lasting, 15-year presence as the chief of Algerian Armed Forces to Bouteflika's will and support. They represent the last generation of the Mujahedeen of Algerian independence. The stability created by the army (very well-equipped, strongly structured) was not matched by civilian governance in Algeria. In a way, with the corruption and inefficiency reigning among governing circles, the army has acquired a position of domination that goes beyond its capacity to control the situation.

Gen. Galah invoked Article 102 of the constitution to replace the president, who is unable physically to fulfill his presidential duties. In fact, Bouteflika cannot speak or move since 2013, when he had a stroke. However, the political elite and the army were expecting his death or retirement at the end of his mandate, therefore nobody really thought about the relevant articles of the constitution.

The Bouteflika clan governing Algeria has been so inept in foreseeing leadership changes that they wanted a fifth mandate for a person obviously unable to fulfill these duties. The wider society has amassed two decades of disappointment and anger against the ineptitude of Algerian governance and it has exploded. The spontaneous protests started in Algiers, Constantine, Oran and Tizi-Ouzou, gathering hundreds, then thousands to tens of thousands to finally hundreds of thousands of people protesting very dynamically but peacefully. The wonderful Algerian people had awakened and protested peacefully, all from the different layers of a young society looking for a better future.

The army, which has been the "kingmaker" in Algerian politics since Houari Boumediene, has first given a barely hidden threat to the demonstrations, declaring that the stability in Algeria will be protected against all odds. Then, a few days later, in view of increasing participation in the popular marches, the army performed a very impressive volte-face declaring, "Algeria and its army were proud of their people."

The social uprising attained new heights when an impressive number of judges, all nominated by the existing presidency, descended onto the streets to join the protesters. Legally, such a thing is in clear breach of regulations. Nevertheless, the postponement of the elections by the government has been the straw that broke the camel's back, and this time the army has sounded a retreat for Bouteflika, to repeat the clever analogy used by Celian Mace in the French daily Libération.

What is going to happen now? Very probably, Bouteflika will be replaced (as it is stipulated in the constitution) by the Speaker of the Senate, Abdelkader Bensalah, a loyal apparatchik to Bouteflika. However, even in this case, the Constitutional Court presided over by Tayeb Belaiz, again a judge loyal to Bouteflika, should decide about whether the president is unable to fulfill his responsibilities. Then the parliament has to give its assent for such a demise.

Wherever the opposition looks, there is a representative of the Bouteflika clan. This is not an ideal situation to meet popular demands. What will be immensely important is the continuation of the "peaceful" nature of the demonstrations. The system will certainly not be changed overnight, nor will the army give its benediction for such an upheaval. Still, something has profoundly changed and neither Bouteflika nor his clan can continue to rule Algeria according to their own agenda.