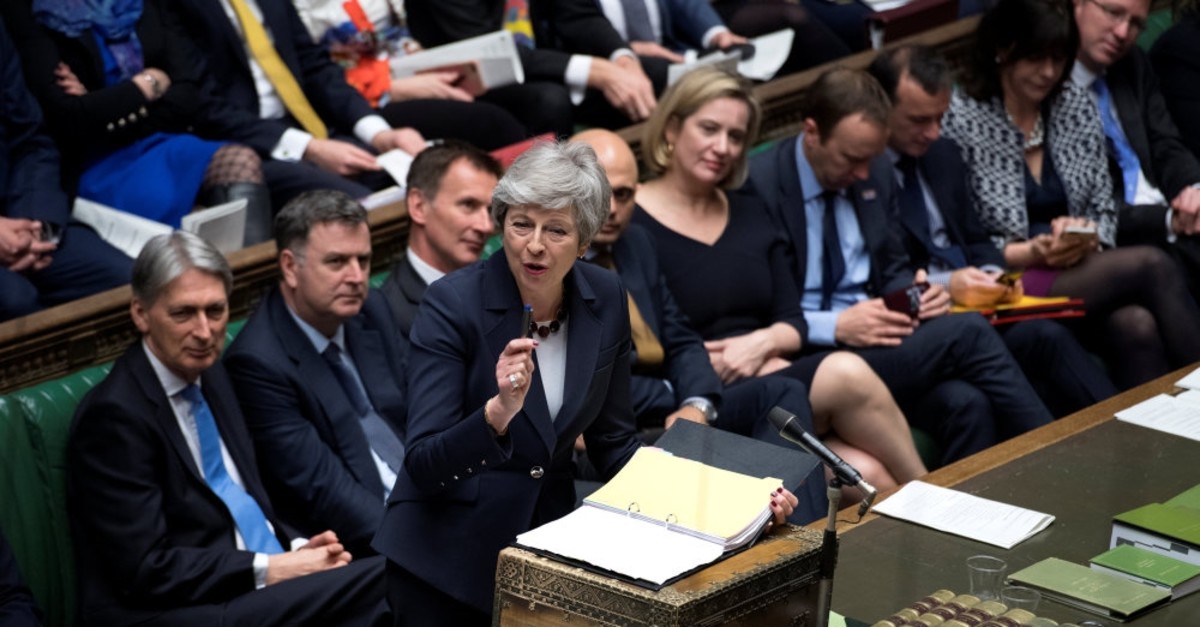 The Brexit process is creating turmoil in Ireland and has led Scotland to begin moving toward a renewed independence referendum, suggesting the divorce deal is likely to have even more side effects in the near future

I do not believe in conspiracy theories, nor do I give credit to the strategies of "imperial powers" designed to destabilize other countries. These types of developments have often been seen in the past, especially during the Cold War. Seldom were they crowned with success. The complexity of societies combined with the unpredictability of human nature renders such "puppet plays" almost impossible.

What I do believe in, on the other hand, is the ineptitude of the ruling classes and administrations to make the least wrong decisions at the right moment. Examples of this situation abound in political history. Former U.S. President Barack Obama, in a speech he was giving at a meeting after his presidency, explained how he was surprised with the level of incompetence he encountered in Congress. In my opinion, we do not have to go through the memoirs of a former president. Just a quick look at what is happening in the U.K. with Brexit demonstrates the total ineptitude of the political elite as a whole.

In January 2019, I wrote an article regarding the Brexit issue in which I underlined the negative effects such a move could have on Ireland. My initial analysis was to warn about the resurgence of old demons in the country. My words and thoughts were as follows:

"A no-deal, with the backstop of the Irish frontier, would be dramatic for the U.K. A no-deal, with a strong frontier in Ireland would be the dismissal of the peaceful solution in Ireland. For the anecdote, the 'Irish question' started under Oliver Cromwell, who died in 1658, and was solved in 1999 with the Good Friday Agreement. It is definitely not a secondary issue for the U.K. and the Republic of Ireland."

I was not expecting my worries and fears to come true so quickly, or so violently. Last week, a paramilitary group calling itself the New Irish Republican Army killed a young journalist, Lyra McKee, in Londonderry. McKee was covering a riot. She died after being hit by a bullet fired at police during the events. She was the first journalist killed in Ireland in the line of duty. Many people, nonaligned civilians mostly, lost their have lives in the terror attacks in the U.K. but since the Good Friday Agreement, such terrible violence was thought to have come to an end. Obviously, it is not the case.

Irish citizens are upset with the new wave of terror attacks. As Ed O'Loughlin wrote in The New York Times: "In Londonderry, opponents of renewed republican violence have made a number of protests in the days since Ms. McKee's death, altering Real I.R.A. graffiti and painting symbolic bloody red hands on a mural on the side of an office linked to the movement. The words 'Not in our name: RIP Lyra' were painted on a mural on the so-called Free Derry Corner, an iconic relic of the struggle with British forces."

Still, terrorism does not need the approval and support of a majority in society; all it needs is a limited number of radical militants and a cause. The opportunity was created by the specter of a "hard frontier" between the republic and Northern Ireland. No Brexiteer ever thought about it during the "leave" campaign, but it is the blunt and unfortunate reality.

The Brexit process did not only steer turmoil in Ireland, but Scotland is ALSO taking steps toward a renewed independence referendum. Nicola Sturgeon, the leader of the Scottish National Party (SNP), delivered a speech at a party conference in Edinburgh where she declared that Scots deserve another chance for independence in view of Brexit, meaning a new referendum. She has underlined that the "Westminster system is broken."

It is hard to oppose her views regarding the inability of Westminster to deliver a solution to the Brexit deadlock. On the other hand, the previous referendum for independence in Scotland in 2014 rejected the separation from the U.K. by 55 percent. Today, according to opinion polls, Sturgeon's support is around 49 percent, which does not bode well for the future of the U.K.

How could such terrible political and social turmoil have been created? Let us go to a very wise old Turkish saying: "A fool drops a stone into the well, it takes 40 wise people to try to take it out, unsuccessfully."