Story of a wreck foretold: Brexit 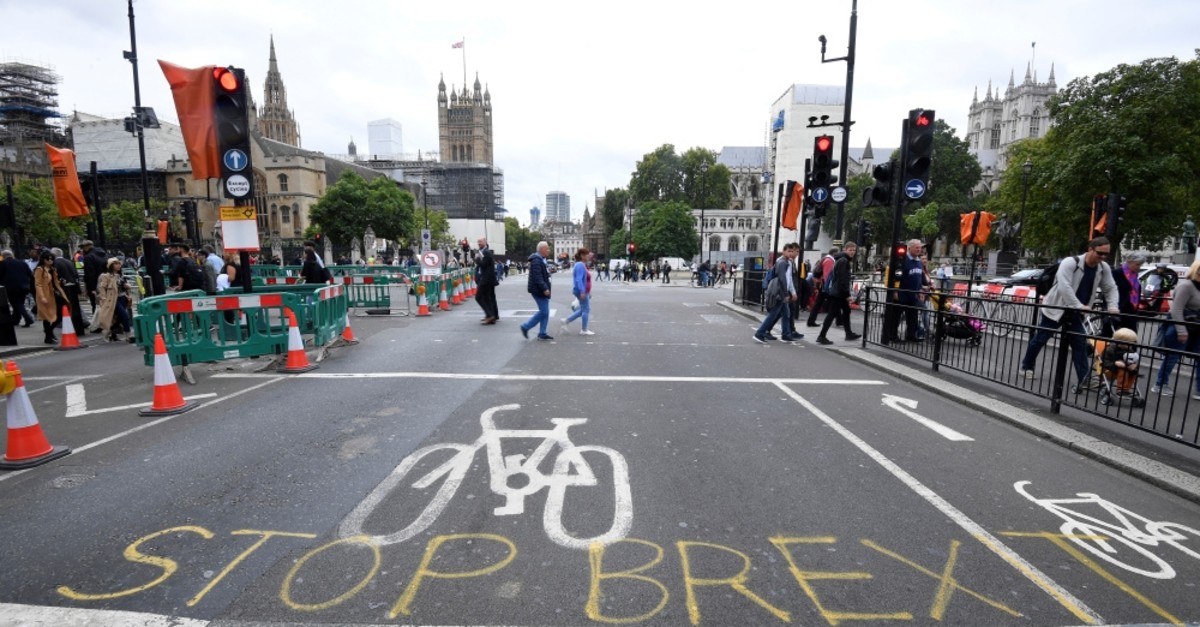 Is there any legal or political development left that could worsen the Brexit procedure? One is tempted to answer negatively, but each time we think that all possible problems and bottlenecks have already appeared to sabotage Brexit, a new development surprises us and renders the whole issue even more inextricable. The point is that Brexit has turned into a bout between the "Brexiteers" (meaning the very right euroskeptic wing of the Tories and the Brexit Party) and Westminster (meaning everyone else represented at the Parliament). This has become a bout between direct democracy and representative democracy.

The British parliamentary system is a model institution, practically all the parliaments all over the world have been inspired by the functioning of Westminster. In that sense, as I have had the opportunity to talk about it before, the main problem with the Brexit issue has been the "referendum." Every Brexiteer claims that getting out of the EU was a popular choice, decided by the voters. Therefore opposing Brexit is opposing the vox populi, the decision of the majority. Anybody or any institution opposing Brexit thus sabotages the people's wish and decision. This is practically what any Brexiteer would tell you, and it looks plausible. "Remainers" have a much longer litany of protest arguments.

They argue that the referendum was hastily organized and ill-prepared by David Cameron's government, to appease the euroskeptic wing of his Tory party. It was supposed to be "non-binding," thus not many people protested the fact that it "forgot" to include nearly 4 million voters living outside of the U.K.

When, contrary to all expectations, the referendum results indicated a majority wishing to leave the EU, a deep crisis started. Political movements, which did not really take the referendum seriously, to start with the Labour Party, panicked. Cameron resigned and disappeared, replaced by Theresa May, a Remainer herself, who inherited 10 Downing Street and took to heart to carry out a successful Brexit.

The Brexit referendum was a slap in the face of the European Union. In fact, the founding treaties never seriously contemplated a possible "membership abandoning" scenario. There was no precedent and nothing has been legally foreseen to manage an orderly exit from an EU membership. This is why the EU took that matter very seriously, nominating a very proficient EU expert and politician, Michel Barnier, as chief negotiator for the Brexit.

On the British side, Theresa May committed the error of trying to please everyone, getting out of the EU without giving away most of the advantages of a common market, while refusing to establish a full-fledged customs union. It soon appeared that this was a mission impossible, and unlike the famous TV serial that was turned into a movie series, such endeavors seldom become successful at the end of the day. This is what happened to Theresa May's Brexit deal. It failed to please anyone. In fact, when the political elite in Westminster clearly understood what it was all about, a very solid majority against the deal emerged. May had to concede total defeat and was replaced by Boris Johnson, representing the most populist and anti-EU wing of the Tory Party.

Johnson has chosen another way than May, instead of trying to please both Remainers and Brexiteers, he opted for a cavalier fashion to get out of the EU, come hell or high water. To do so, he tried to bypass the Parliament, by simply suspending its functioning. His attempt created a huge outcry, He lost his majority at the House of Commons, and he lost six votes in a row at the Parliament, which probably is a world record. However, he has succeeded in suspending Parliament functioning for a month. A very respectable clerk, wearing a uniform of another century, came to the House of Commons and declared the suspension of the House, by pronouncing in ancient French, the royal decision: "La Reyne le veult" (the Queen wishes so).

One thing is to respect centennial rituals and tradition, a very different thing is to take the U.K. out of this quagmire. Boris Johnson's only objective seems to get the U.K. out of the EU, under the authority of a Tory government, then to organize elections and not lose votes to the newly formed and totally shallow Brexit Party. It is way too succinct and superficial for a government policy, but who cares? The British political elite has been deeply fooled by the populist policies of the euroskeptic movement. Now it is time to pay the bill, and it will not please anyone.