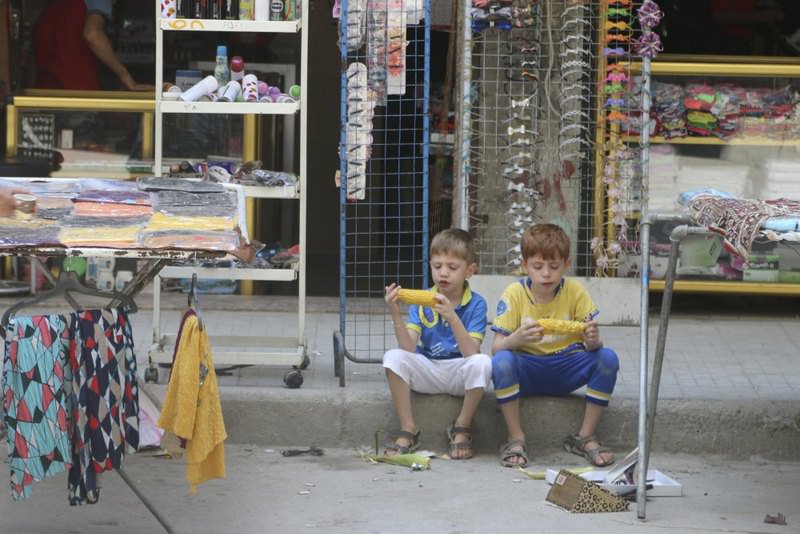 Now that the AK Party's foreign policy initiatives have been vindicated, the West will unfortunately seek new ways to unfairly vilify Turkey

The Western world has always taken an aversion to the Justice and Development Party (AK Party) governments. Even during the party's "first" government, when the EU reforms were on the agenda, an overt annoyance toward the party was reflected in media outlets. It seemed like they both wished the emergence of a "moderate" Islamic movement, but also desired this movement to demonstrate that it could not manage some tasks due to its "Islamic" character. During the period when the AK Party was stuck in a different situation in the face of the Kemalist center, the psychological cost of positively approaching this government was minor. However, when the AK Party began to act with an "extreme" self-confidence after it became prominent, and this stance was reinforced by the remarks of the party's then-chairman Recep Tayyip Erdoğan, the balance of the approach in the West was upset. It was time to talk about how ineffective this government was and the existing performance began to be represented as "backwardness." The AK Party's "Islamic" character turned into a genetic drag and Erdoğan was the pronounced symbol of it.

They gradually started to highlight only the mistakes of the AK Party and the party was condemned to the framework of the Western perception. The AK Party was supposed to constantly remain in an atmosphere of failure so as to fortify this feeling. However, the internal politics were not appropriate for that. Despite all the counter-propaganda, reforms in many spheres, including the reconciliation process, went on, making it difficult to represent the party as a "categorical failure." But the foreign policies were setting the exact case the Western AK Party opponents were searching for.

Turkey departed with the motto "zero problems with neighbors" and eventually turned out to be at loggerheads with all its neighbors. It interpreted the Middle East in the wrong way, and none of its predictions came true. Due to its eagerness to adopt a principled stance, it lost its ability to be influential in practice. Besides, all these results were the outcome of an ideological stance and the offset of an Islamic approach, which means the change of those results was not that possible. So, the Western media found grounds on which they could declare the AK Party as "categorically unsuccessful" with their mind at peace and they highlighted these grounds on every occasion.

But life is full of strange surprises. Within recent months, the AK Party has displayed a strong psychological stance although it experienced a major decline in its vote share at the elections. It came to light that there was no possibility of a government without the presence of the AK Party. But more importantly, it made the U.S. accept its arguments regarding Syria matter to a great extent. It paved the way for cooperation that included the safe-zone plan. This cooperation was also reinforced through NATO. It is obvious that this situation needs to be evaluated in favor of the U.S. on the matter of restructuring Syria. So the U.S. included Turkey among those it has close dialogue with, including Saudi Arabia, Egypt and Assad. The country also agreed with Iran and is negotiating with Russia at the moment. Turkey has the relative advantages of participating in this circle. It was ascertained that peace cannot be achieved in the Middle East without Turkey. Consequently, it was also grasped that the resolution does not only consist of eradicating the Islamic State of Iraq and al-Sham (ISIS), the conditions of coexistence must be created in a pluralist structure encompassing all the identities in the region to form a permanent and stable system. Those were the arguments of Turkey and now they are about to be realized.

The "temporary" AK Party government marked a great success in foreign politics. As a "proportional self-defense," the activities of hitting Qandil, the headquarters of the outlawed PKK, has the support of the U.S., NATO and 120 countries. Those thinking that Turkey could never attempt such a move misled themselves along with the PKK. They had assumed that the U.S. categorically supported them, which was in line with their nationalist utopia but did not correspond to reality. Maybe from now on, both the PKK and the West might try approaching the AK Party and Turkey in a calmer and more objective manner. It is at least more reasonable, although they do not feel like doing it.
RELATED TOPICS