As Demirtaş surfs in Western waters 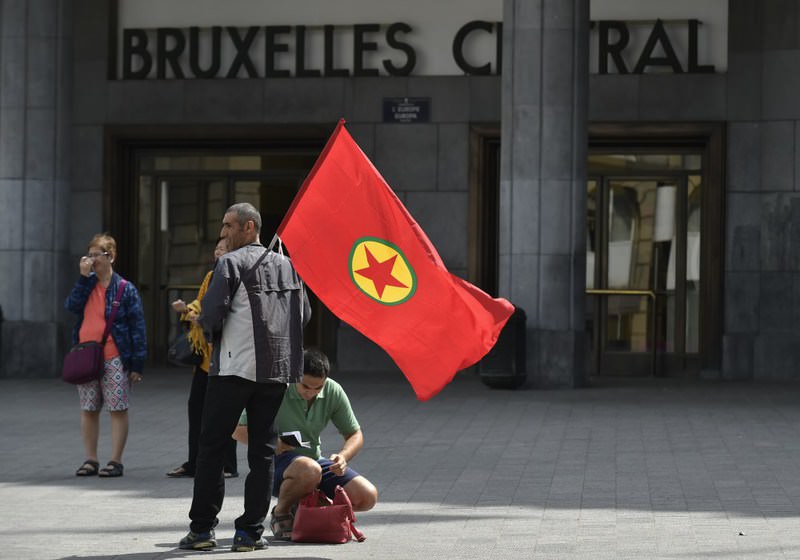 by Etyen Mahçupyan Aug 12, 2015 12:00 am
We are used to politicians speaking without expertise, authority or knowledge to some extent - so much so that we usually understand such a tactical discourse from the word "politics." After all, we are talking about a person who wants to justify himself in an environment where competition prevails. However, there should be a limit to this tall story. Even if you consider people to be ignorant, this means that there is great trouble if you have started to use arguments that are inappropriate. Peoples' Democratic Party (HDP) Co-Chair, Selahattin Demirtaş, seems to have talked complete nonsense in the statements that he delivered to foreign media. He might be considering that an ordinary foreign reader does not know anything about Turkey, he views the Justice and Development Party (AK Party) from an ideological, oppositional perspective and cannot make a distinction between facts and absurdity.

The details of the interview that Demirtaş gave to Spain's El Pais newspaper last week have been addressed by Akın Özçer on serbestiyet.com. Based on Spain's example, the interviewer asked Demirtaş whether the HDP had concerns about losing popular support because of the re-emergence of violence. Actually, Spain's experience indicates that every return to violence leads to a decline in popular support for actors who are engaged in politics through violence. Demirtaş explained that he did not have such an anxiety based on the following justification: "People know that this war, which has not been started by the HDP, is not a war to defend the country and that the [Presedential] Palace has started it to defend its position."

Certainly, by this, he implied President Recep Tayyip Erdoğan. It is claimed that Erdoğan is a "bad sultan" now, he does whatever he wants and he has captured his party and it is expected that these assertions will be perceived as reality to the extent that they are reiterated. The title of the news piece is: "This is a war that has not emerged because of Turkey's craziness, but Erdoğan's craziness." If the problem had been confined to what kind of person Erdoğan is, such kind of perception manipulations might have answered the purpose. However, there is the weird fact that if Erdoğan wants war for himself, why does the PKK play into Erdoğan's hands by continuously killing soldiers and police officers. Is it possible that the HDP and PKK can be so foolish? As expected, El Pais did not question this.Some time ago, Demirtaş claimed that the recent suicide bomb attack in the southeastern town of Suruç was committed by a "special 'gladio' linked with the Presidential Palace." He did not realize the sad irony that was caused by the fact that this assertion, which made Demirtaş himself a laughingstock, coincided with the killings by the PKK's Patriotic Revolutionary Youth Movement (YDG-H) youth wing with "gladio" tactics in southeastern Turkey almost every day.

Demirtaş also said in the interview that Turks who voted for the HDP in the June 7 elections did so as they understood that Erdoğan is crazy. Considering that a large majority of the HDP's 13 percent vote share came from Kurds, those Turks who consider Erdoğan crazy are mainly part of the violence-prone radical leftist organizations. The interviewer, of course, did not ask this either.

As expected, the interview touched on the Islamic State of Iraq and al-Sham (ISIS) and Demirtaş emphasized that operations against the PKK are an indirect assistance to ISIS. Obviously, he did not think about the operations aimed at ISIS being indirect assistance to the PKK. It seems neither Demirtaş nor the interviewer remembered that such a discourse is Iran's official propaganda rhetoric.

Many people viewing from Turkey might think that Demirtaş created difficulty for himself in the Western world with this discourse. However, they should not be so sure, as the key issue for Western media outlets is not Kurds, but Erdoğan and the Justice and Development Party (AK Party). The prejudice on this issue has such a solid ground that it seems possible to surf on it using all kinds of absurdities. Seemingly, there is not a Western media outlet that wants to understand how rational Kurds view Turkey.
RELATED TOPICS