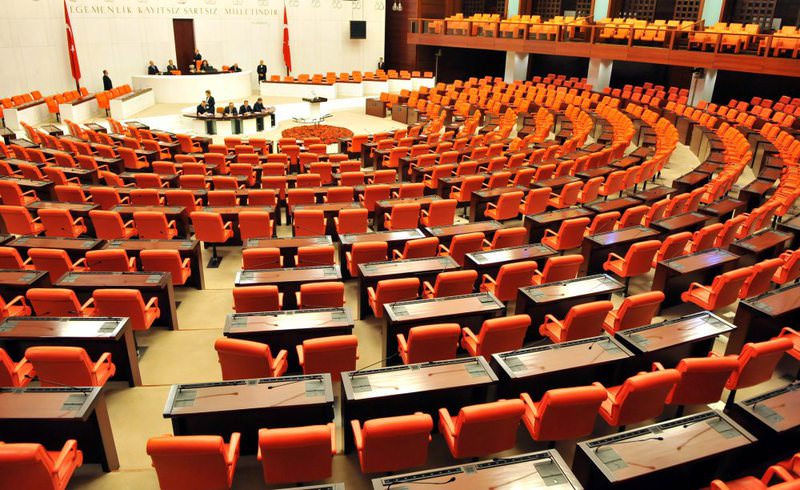 The meeting to form a coalition gov't between the AK Party and CHP has failed. If a government cannot be formed by Aug. 23, snap elections are on the way.
by Etyen Mahçupyan Aug 17, 2015 12:00 am

The AK Party rose to prominence through its promise to break the tutelage of the state over politics, as represented by the CHP. Therefore, it is natural that the two parties failed to find enough common ground to form a coalition

As expected by realistic estimators who have comprehensive knowledge of Turkish politics, cooperation between the Justice and Development Party (AK Party) and the Republican People's Party (CHP) to form a coalition government did not occur. Some might argue that President Recep Tayyip Erdoğan played an obstructive role in the background while others might think that the factional structure within the CHP obliged CHP Chairman Kemal Kılıçdaroğlu to make some stringent requests. Furthermore, it was known that the bases and organizations of both parties nursed exclusionary approaches toward each other to a considerable extent. From a realistic point of view, it was already difficult for the two parties, which greatly differ from each other and produced political identities by marginalizing the other, to agree on meaningful cooperation.

However, an interesting development took place during the coalition talks. Almost anyone who can view politics from an objective perspective and has respectability in the political arena wanted this cooperation to be successful regardless of what political movement they supported, thinking that this was a need of Turkey rather than of any one party. What underlies this perspective was the idea that the political logic of the Cold War period, which was based on the principle of separating domestic and foreign policies, should be overcome. For many years, Turkey was ruled with a type of politics that abused social ruptures by relying on the comfort that was the result of the abandonment of foreign policy to the bureaucracy. Despite constituting the minority, secular Turkish segments that dominated the state as well as business and cultural circles that supported them created a monopoly on the administration by deepening identity differences and keeping the majority of the public away from the center in this way.

The 13-year AK Party government signified a revolutionary move. First, it reversed bureaucratic tutelage on politics and then began seeking the ways of establishing a new social synergy with Kurds, who constituted the second largest social base that was excluded from the center. Meanwhile, the economic and political influence of provinces was boosted as a whole. For the first time, the synergy produced by these three moves brought Turkey to the brink of democracy. Again, for the first time, democracy was no longer a game that was merely about winning elections and keeping rivals out of the power. Throughout this time in power, the AK Party was forced to cope with resistance from all sides. The critical element was the CHP's attitude, which represented the spirit of the past regime and governing structure as the party of "white Turks," the secular segments of society. Those who approached politics in a realistic way were not mistaken. The CHP pursued a strategy that was based on the rejection of all kinds of cooperation and rejected all offers that the AK Party made, including the legalization of articles that were agreed on at the Parliamentary Constitution Committee and the law that concerned the restructuring of the Supreme Board of Judges and Prosecutors (HSYK). After all, it was not easy for the party that founded the Republic and embraced it in line with Kemalist principles to digest this historical defeat.

The June 7 parliamentary elections created the opportunity that was expected. Although the AK Party was still the winner of the elections, it would not be able to come to power alone. There emerged a psychological environment that would allow the CHP and its supporters to get rid of the feeling of defeat. Cooperation between the AK Party and the CHP could have made a future-oriented restoration and reform move possible. For the CHP, being a partner to government would signify a qualitative leap on the political success ladder as a party that has difficulty exceeding 25 percent of the vote while AK Party supporters were not psychologically ready for such a coalition, considering it to be a defeat after 13 years in power. In this equitation, Erdoğan's influence was not powerful enough to dominate primary decisions that would be made. The main point was that the CHP did not have the ability or political acumen that would allow it to make an offer that the AK Party would not be able to reject. Nobody was surprised in the end and realists' prediction came true.
Last Update: Aug 17, 2015 1:36 am
RELATED TOPICS