What does the MHP want to do? 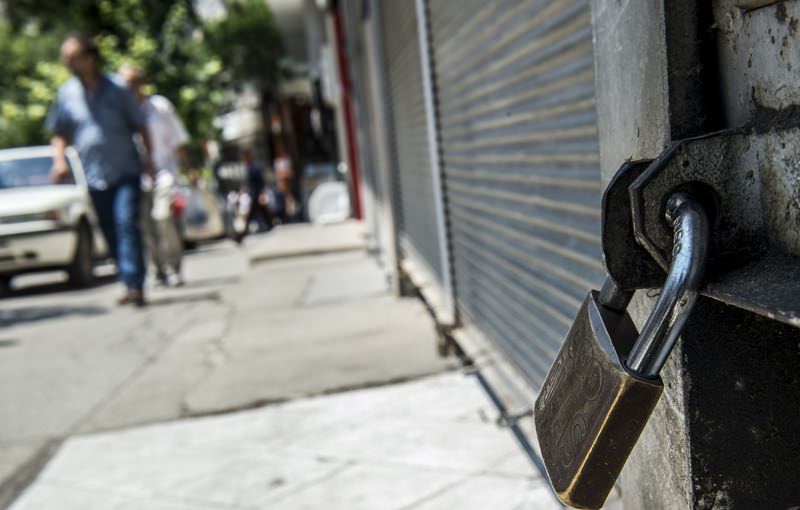 The political uncertainty in Turkey after the June 7 elections still remains. The failed negotiations between parties show that a snap election is in store soon.
by Etyen Mahçupyan Aug 21, 2015 12:00 am

Knowing that it shares a similar nationalist voter-base with the AK Party, the MHP now follows a policy to undertake ‘nationalism' on its own through a propaganda accusing the AK Party of the reconciliation process

Regardless of whatever political view we support, we must acknowledge that the Nationalist Movement Party (MHP) was the most consistent party of the recent election and government-formation process. During the pre-election period, the MHP was rather superficially interpreted through its attitudes that portrayed President Recep Tayyip Erdoğan as a target. After the elections, however, MHP Chairman Devlet Bahçeli's rejection of all kinds of direct or indirect cooperation with the Peoples' Democratic Party (HDP) invited commentators to the reality. Indeed, Bahçeli's main objective was not to overthrow the Justice and Development Party (AK Party) or to get rid of Erdoğan. His attitude that allowed an AK Party deputy to be elected parliamentary speaker was only one of the indicators that reveal this. Later, his insistence on the proposal of a coalition government between the AK Party and the Republican People's Party (CHP) indicated that Bahçeli has a much broader plan.

This strategy has three objectives. The first one is to create a rupture in Turkish politics and to push it into a junction to make a distinction between the MHP and others. Thus, it also aims to consolidate its permanence and bargaining power in the long run. That is why the MHP laid down unacceptable conditions for a coalition with the AK Party and announced that it would not support any kind of minority government or an interim election government when it became clear that a coalition would not be formed between the AK Party and the CHP. The objective was to oblige Erdoğan to form an interim election government that would exclude the MHP but include the HDP. Thus, AK Party-CHP-HDP cooperation would be proved in a de facto way and the MHP would enter the elections as the only opposition party. The MHP would be able to undertake "nationalism" on its own, while the election government was labeled as "non-national." This constraint also prompted the CHP to remain outside of the government; however, the MHP is in a much more advantageous position in ideological terms. Bahçeli aims to undertake what is national and to constitute one part of the political spectrum on his own while the Turkish-Kurdish conflict is escalating.The second objective is to sow discord in the AK Party to create fragmentation within the party, or in the eyes of AK Party electorate. This is because the MHP considers the AK Party as the greatest obstacle for itself to undertake nationalism on its own. On one hand, Bahçeli wanted to stir up potential troubles within the AK Party by striving to bring corruption case files into question again and to restrict President Erdoğan's realm of authority. On the other hand, he implied that the AK Party's reformist nature should end, stipulating that the first four articles of the Constitution would not be amended and the reconciliation process would be terminated. In other words, the four stipulations put forth by Bahçeli signified a framework that would make the AK Party disappear. Assuming that there are those who have similar discomfort inside and outside of the AK Party, the MHP wants to use the opportunity of bringing down the AK Party votes to around 35 percent, which is its natural state, in a new election period.

The third objective is the element that makes the MHP's whole strategy functional. It is to become the second largest party of politics in the first stage. If the AK Party's vote share drops to 35 percent and the CHP loses ground because of its cooperation with the AK Party in an election where the MHP enters as the only opposition party, it might have the chance to catch up with or perhaps outperform the CHP. It is thought that an atmosphere where other parties are at odds with each other, fail to resolve problems and even intensify problems, might pave the way for a statist and prudential MHP.

To sum up, the MHP wants that crisis to emerge so they cannot be overcome. It wants the budgets of the military and police to be discussed, a tension to be experienced regarding a secure zone in Syria, and that the military intervention mandate that will expire on Oct. 2 is discussed in an election government that includes the HDP. It is thought that the MHP can exceed 25 percent of the vote without making the slightest bit of effort in such an atmosphere.
Last Update: Aug 21, 2015 12:52 pm
RELATED TOPICS