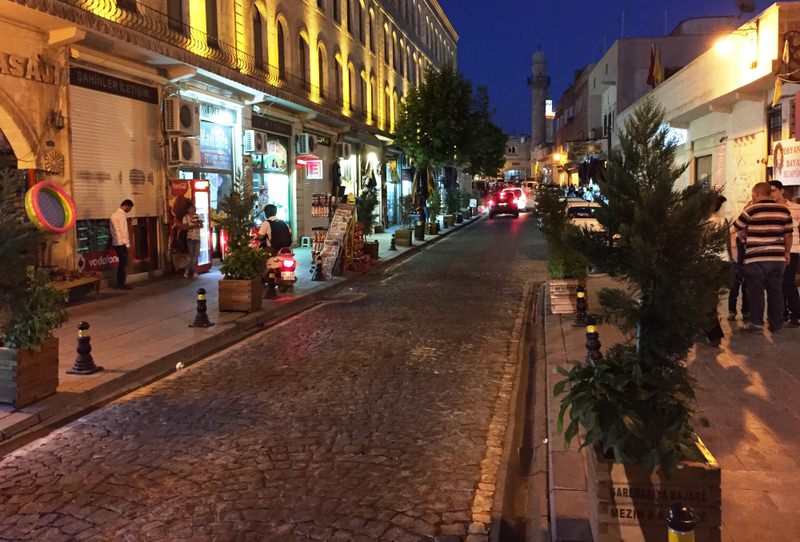 The latest increasing terrorist attacks by the PKK has badly affected the social life in the southeast of Turkey. Because of the tension, citizens cannot visit touristic and historical sites with a peace of mind.
by Etyen Mahçupyan Aug 26, 2015 12:00 am

Despite their differences, both political and intellectual, the opposition parties continue to carry out their anti-AK Party propaganda to remove the AK Party from power no matter the cost for democracy

The picture changed as the June 7, 2015 elections approached. Although a distant relation with the military continued, there was no true confidence mechanism. The struggle with the Gülen Movement continued and the PKK forced the government with the objective of making use of opportunities in Syria and acted as if it were an alternative public authority. Neither the EU nor the U.S. sided with the AK Party. The Peoples' Democratic Party (HDP) became a part of the anti-AK Party coalition and carried out a campaign to remove the AK Party from power. The AK Party aimed to achieve a critical majority in Parliament as the sole remedy for this isolation, thinking that such an opportunity would enable it to issue a new constitution and would bring legitimate ground in this way. The AK Party would guarantee its survival thanks to the presidential system that would follow this new constitution. Driven by this objective, the AK Party set a high bar for itself and President Recep Tayyip Erdoğan wanted the AK Party to have 400 deputies.

The elections, however, yielded a very different result. The HDP passed the 10 percent national election threshold and the AK Party lost the opportunity to come to power alone. The political atmosphere that followed the elections brought a courteous discourse in a short time, however threats against the AK Party escalated and the isolation became severe in the background. The anti-AK Party coalition started to have a permanent nature and the PKK declared a "revolutionary people's war." Indeed, the most obvious sense of opposition in domestic politics today is the idea of toppling the AK Party at all costs. In other words, the psychology of the opposition is gradually digressing from democratic conventions and it wants to achieve this goal by pushing the Kurdish question into deadlock.

Experiences show what governments should do in the face of such a threat. Two major actors, the military and the U.S, should be underlined. The AK Party needed to ensure its survival and legitimacy in a rapid way and the sustainability of these two elements was dependent on the soundness of its ties with these two actors. And the government made quite a successful move. The talks that continued with the U.S. for months ended in agreement and Turkey was ensured to receive the U.S.'s support. By extension, Turkey was accepted as one of the fundamental elements of the fight against the Islamic State of Iraq and al-Sham (ISIS). Furthermore, apart from finding legitimate the bombing of PKK camps, U.S. authorities say that Turkey has wanted to conduct operation against ISIS for a long time but waited for this because of shortcomings in military coordination.

The cooperation with the U.S. also means cooperation with the Turkish military and makes the AK Party's survival meaningful and functional in the eyes of these actors. The fight against ISIS provides the AK Party with the legitimacy that it seeks. This is "additional" legitimacy since the AK Party is still a political movement that receives the highest amount of votes and it is highly likely that it will increase its votes in the early elections. It would not be surprising if the government's move undermines and marginalizes the anti-AK Party bloc, which tells that everyone should prepare themselves for a new AK Party government.
Last Update: Aug 26, 2015 2:16 am
RELATED TOPICS