A summary of Turkish politics for neocons 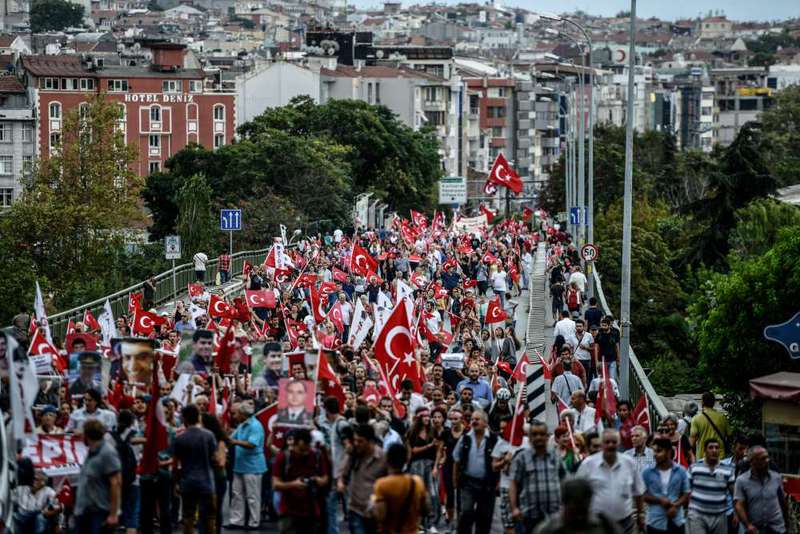 Following by article Eric Edelman, U.S. ambassador to Turkey during the George W. Bush administration, now, The New York Times published on Aug. 31 an editorial on their anti-AK Party propaganda to smear Turkey

The editorial board of The New York Times, one of the most prestigious newspapers in the U.S., published another analysis of Turkey on Aug. 31. Some time ago, Eric Edelman, a former U.S. ambassador to Turkey, wrote an article that was in the same ballpark as this recent one. The editorial titled "Mr. Erdogan's War against the Kurds" simply puts forward the arguments that President Recep Tayyip Erdoğan, who is the founding leader of the Justice and Development Party (AK Party), has waged a war against the Kurdish separatist group, the PKK, as he is in a "desperate struggle to stay in power" and is afraid of the formation of a possible Kurdish state. As a matter of fact, the PKK has made progress in Syria to this end and a stable Kurdish administration was established in northern Iraq. According to the article, Erdoğan's fight against the Islamic State of Iraq and al-Sham (ISIS) is deceptive, his prime target is Kurds and the main objective of this strategy is to maintain his authoritarian regime. The piece ends with valuable advice to the U.S. administration, saying: "The United States should use its influence in the region to stop the fighting and deprive Mr. Erdogan of an excuse to continue a military operation that makes the difficult struggle against [ISIS] even harder."

By all appearances, the creativity level of those who are skeptical about Turkey has considerably fallen. The reasoning above bears blatant mistakes and absurd lies. First of all, the AK Party has already been in power and no elections are likely to produce results that can remove it from power. Even if the AK Party sometimes cannot achieve a majority in Parliament, it will continue to be the largest party in Turkey for at least 10 more years and a stable government will not be possible without it because of the gap in the number of votes for the AK Party and its rivals. Furthermore, the identification of the AK Party with Erdoğan does not go beyond the intention of those who are either completely ignorant of this party or seek a simple reality for themselves. Second, the one who has initiated the war is not the government, but the PKK, which has constantly announced since early this year that they ended the reconciliation process and then the cease-fire. They used this strategy after the June 7 parliamentary elections and initiated a "revolutionary people's war" following a series of murders. Only after this did the government respond. Third, the AK Party is not afraid of the formation of a Kurdish state in Syria and even wants it, as indicated by the support given to Iraqi Kurdistan's President Masoud Barzani. However, the AK Party and Turkey do not want a PKK state to be formed in Syria. Therefore, the primary objective is not Kurds, but ISIS and the PKK. Fourth, the aim of this strategy, as defined by the AK Party, is to watch over national interests. Although there are certainly a good many citizens in Turkey who clash with the AK Party in this regard, the first choice of the public is still the AK Party that will determine national interests. In other respects, it is really nonsensical to argue that Turkey's regime is authoritarian, particularly at present. This is because the regime in this country has always been authoritarian and it has become much more normal under AK Party rule.

The logic of The New York Times runs in quite a weird way. Is it possible for Erdoğan to win the upcoming elections if he really announced his sovereignty, established an authoritarian regime and launched a war out of the blue to maintain this at a time when the whole Western world is struggling in such a sincere manner to warn us?

The reality is found in different places, but it has the same simplicity. The advocates of neocon values, such as Edelman and The New York Times, demonize Erdoğan, and by doing this they want the U.S. to take steps that will undermine Turkey. Is this because the neocon world has a very democratic mentality? Or does it reflect an appetite for a Turkey that can be manipulated in an easier way if it becomes weaker in the Middle East equation? Or does it dream that a weaker Turkey will boost the relative power and function of other countries in this region?

There is no need to produce conspiracy theories. I think all these articles are the concomitants of high, neocon, democratic values.
Last Update: Sep 09, 2015 1:58 am