Ideological lie as a political maneuver of the PKK 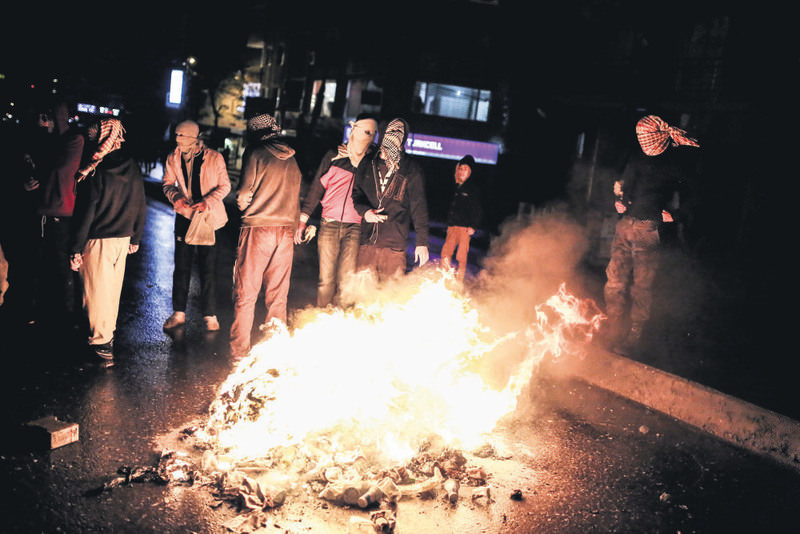 A familiar performance was staged again with the assassination of Diyarbakır Bar Association Chairman Tahir Elçi. The autopsy report clearly shows that Elçi was shot dead by a single bullet fired from afar and from a low angle, which means it is highly likely that he was not struck in the middle of a clash. Bullets fired during a clash cannot enter the back of one's neck and exit through the left eye. Besides, in the footage recorded just before the attack, Elçi's face seems directed toward where the bullets were fired. Put otherwise, a bullet coming from that direction cannot possibly enter the back of one's neck. Evidently, the deadly bullet was fired from the opposite direction to provide a certain angle. So, he was probably shot by someone who was hiding in a ditch in the background of the scene of the incident or somewhere around there. We know the data indicates that the attackers might be from the Patriotic Revolutionary Youth Movement (YDG-H). The cartridge bullet must be found to prove that. But the YDG-H militants did not allow the prosecutor's examination by organizing a missile attack.

However, the PKK and the Peoples' Democratic Party (HDP) are not interested in those "details." For them, the reality consists of what must be done ideologically. And what must be done was representing the state as responsible for the death of Elçi. They did not abstain from staging the same performance they have staged innumerous times at the funeral and afterwards. They embraced Elçi as if he were a member of the PKK and the HDP and tried to create the impression that the state is guilty. The history of the PKK has many cases in which the PKK killed people and reaped the benefits of creating the impression that the state pulled the trigger. The Leninist ideology of the organization is skillful at normalizing such abuses. This is a world where everything and everyone can be manipulated and used as a tool for the sake of their goals. This is an institutional culture in which the most vulgar forms of opportunism are displayed without any sense of responsibility, and performing this is called "politics."

But the thoughts and arguments of Elçi are no secret. He was not somebody who approved the state's attitude. However, in a statement the Diyarbakır Bar Association issued only a week ago, he demanded the ceasing of armed activities organized by illegal, armed groups and the abolition of barricades and ditches. In other words, Elçi openly objected to the activities of the YDG-H. In a speech he made just before his assassination, he said arms must be silenced; and clashes and operations must come to an end.

Embracing these words only by "going back in time" at the funeral, HDP Co-Chair Selahattin Demirtaş did not neglect greeting the "youth" that would inherit Elçi's legacy. In case one of these youths might be a gunman, he stuck to the discourse of unidentified murders. While asserting that he did not believe that the murder would be resolved, he expressed that they would not believe it even if the perpetrator was identified. With his remark "what killed Tahir was not the state, but the lack of a state," he declared that the PKK and HDP are now explicitly focusing on the aim of a separate state. The situation in Syria will be used to manipulate every incident, person and murder to reach this goal and false statements and manipulation will not be avoided for this sake.

The PKK and HDP seemingly have entered a phase of a moral breakdown in which their already scarce ethical concerns are about to die out and everything is used for the sake of their "struggle." This would bring some short-term benefits to them. Maybe they have been dragged on in a delirium that does not allow behaving in a different way. But we live in a transparent world. Everyone, including Kurds, sees what the PKK and HDP are doing and which approaches they take. When people look each other in the eye, they can see through each other.