The PYD or refugees? 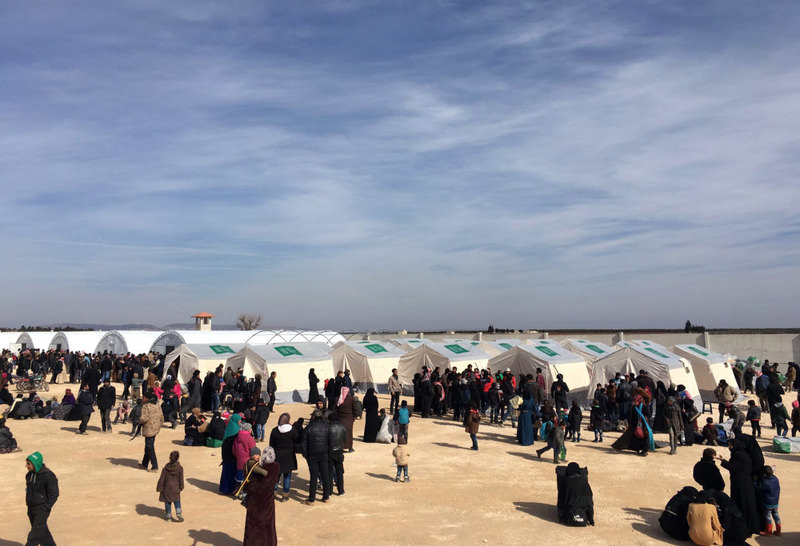 A temporary refugee camp built by the Turkish aid group IHH for displaced Syrians in the Azaz region.
by Etyen Mahçupyan Feb 24, 2016 12:00 am

If Russia and the Assad regime, both which have had a role in the escalation of the Syrian civil war, continue to consider the PYD as their partner, it is impossible to talk about stopping the refugee influx

There is a popular belief that Ankara has been mistaken in its Syrian policy. As a matter of fact, the assumption that Syrian leader Bashar Assad's rule would be overthrown in a short period could not be verified, and Ankara's policy was based on that expectation. The U.S., however, actually has a role in this mistake. At the beginning of the conflict, the U.S. strongly defended this assumption and influenced its allies to that end. But even if it had been approached with the presupposition of Assad's permanence, it would still be hard for Ankara to adopt a different policy. In the case in which the Syrian government drops barrel bombs and uses chemical weapons on its own citizens, it is never possible for Ankara to moderately approach Assad or reach a compromise as a country with long and deeply rooted ties with the region.

Ankara's main fault has been its inability to clearly define its prior goals. When the capacities and intentions of the other actors are considered, Turkey stands out with its list of goals that are impossible to fulfill completely. However, it is highly doubtful to what extent this factor influenced the current point the conflict has reached. After all, Turkey is a medium-sized country in the conflict and mostly acts as a dependent variable. The country is not willing to act on its own unless it has to, and limits its elbow room by behaving with concerns of legitimacy when it is forced to act alone. Consequently, when we consider the attitudes of the U.S. and Russia, we can argue that the balances today would not have been different no matter what Turkey had done.

Turkey has also exhibited behavior in Syria that is quite different from the dominant ethical codes. The country opened its doors to Syrian refugees and never complained about it. In fact, I wrote just after the first refugee entered that this would be one of Ankara's most important trump cards in foreign policy in the long run. Aside from influencing its Syria policy in the long run, this situation would also create direct pressure on its Western allies. Refugees' arrival in Turkey brought the problem to the agenda of the West and rendered the atrocity in Syria as one of Europe's concerns as well. It was obvious that Europe would have problems integrating refugees with the rising xenophobia and persistent effects of the economic crisis. Therefore, an inevitable ground of convergence and cooperation was gradually formed between Turkey and Europe.

German Chancellor Angela Merkel's recent remark on forming a safe zone was a belated call for common sense. For a long time, Ankara has been defending the formation of such a zone that would provide for the needs of refugees. The argument goes that if no such zone is established, the current number of refugees will double and a great majority of them will head to Europe.

For the U.S., which is fully aware of Merkel's seriousness, it is now time to rethink. Just as Ankara has, Washington now has a list of goals that are impossible to completely realize, and it is also unwilling to pay the costs. To put it frankly, it is not possible to support the Democratic Union Party (PYD) and stop the refugee flow at the same time since the PYD is essentially a partner of Russia and Assad. Everyone knows that it would force the Syrian opposition across the border when it has an opportunity and would be used as a middleman even if it does not fully consent to it.

For the U.S., the most favorable solution is convincing the PYD into a reasonable option. However, necessary reassurances should be made to the PYD for that, which means that the U.S. would take on responsibility at least as much as Russia. But the U.S. will not do that. The PYD will turn into an offshoot of Russia, and Turkey will not allow a living space for the PYD. This is a solution that does not favor anyone in the West. The Syrian civil war will probably go down in history as a story of carelessness.
RELATED TOPICS