The secret to achieving success in Syria 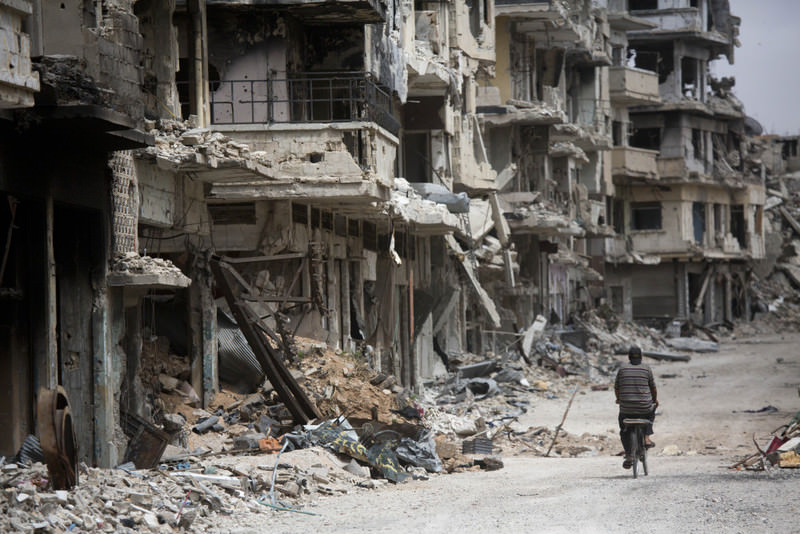 Peace will come to the region no matter how hard the PKK and PYD work against Ankara's wishes, orders and operations

When the performances of the actors in the Middle East are considered, the success of the outlawed PKK and its Syrian affiliate Democratic Union Party (PYD) must be acknowledged. After all, this political structure discarded all the other Kurdish parties and different political formations in the region. It broadened its realm of domination by committing crimes against humanity and evacuating surrounding areas. It formed relations with Syria's Bashar Assad, Iran, Russia and DAESH and created opportunities of cooperation with them in various fields. We should also add Europe's increasing sympathy and support and the U.S.'s protection provided to them, which may be the most crucial factor.

This picture reveals the first factor leading the PKK and PYD to success. In a hierarchical system with multiple actors, minor actors can realize their goals on the condition that they form good relations with the major actors. The PYD and PKK approached each major actor in a different way and presented different advantages to each of them. The U.S. and EU favored them, since they fight against DAESH, while Assad and Iran also favored them as they fight against the Free Syrian Army and Turkmens. Russia, on the other hand, made use of their ability to oppress and disturb Turkey. In other words, the PYD and PKK intentionally acted as middlemen for their own goals and also increased their bargaining power by filling the empty spaces left by major actors. But there is one extra factor behind their success. Just like Assad, the PKK and PYD also focused on a single target. As Assad's only goal is to survive and remain in power, the PKK and PYD's only goal is to have a united territory in northern Syria. From this, we can infer another dimension for success. In a hierarchical structure with multiple actors, minor actors can be successful in direct proportion to their ability to focus on a narrow target. There is an advantage to that, as all the actors have known their motivations from the very beginning and they are sure that they would not be confronted with additional purposes. This situation creates an indirect form of trust. To put it differently, even though the U.S. today does not trust in the PYD and does not trust the PKK either in the near or distant future, the definability of minor actor's capacity and intentions ensures the major actor's knowledge, and this may create a form of relation that is not based on trust, but is still trustworthy.

It is impossible to ignore the difference when Ankara's foreign policy is viewed. In this hierarchical system, Turkey has never been in full solidarity with any actor stronger then itself. The country also created an impression that it was after more than one goal. It wanted to prevent the formation of a PKK-affiliated state across its border and the dissolution of Syria, and also favored the fall of Assad and provision of the rights of Sunnis and Turkmens in Syria while remaining an influential agent in the Middle East. They were all legitimate goals. And when handled individually, it can be seen that Turkey has the capacity and ability to achieve each of them. But success becomes less possible when all the goals are combined because the major actors in the system might not understand the motivations behind their steps and so they have difficulty in constantly displaying a clear attitude. So, a picture that is the exact opposite of the PYD and PKK case is revealed concerning Turkey. Today, for the U.S., Turkey is a country that is trusted, but is hard to form trustworthy relations with.Peace will be introduced sooner or later and a resolution will favor Turkey no matter what the result is, since the PYD and PKK will have to coexist with the largest local actor in the region and will have to make themselves accepted by it, unless Turkey does not make another mistake with regard to evaluating its abilities in a proper way.
RELATED TOPICS