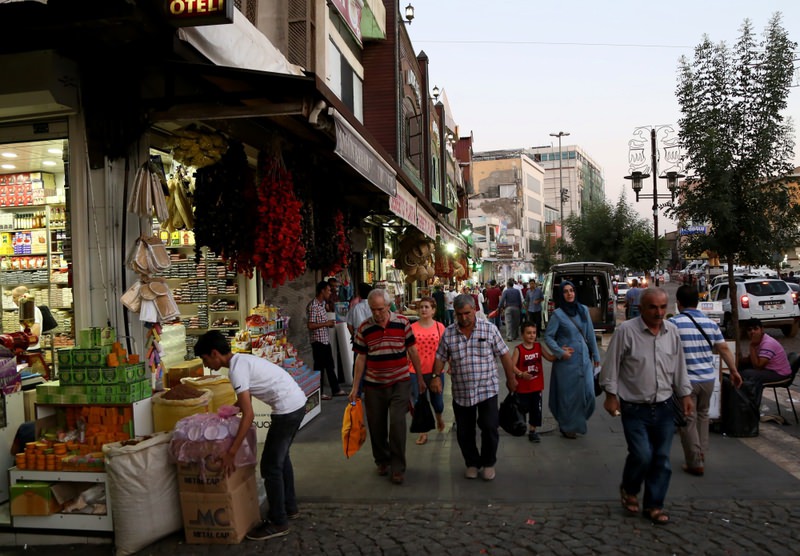 An economic recession has been ongoing because of the political uncertainty in Turkey, since a government is yet to be formed after the June 7 elections.
by Fahrettin Altun Aug 28, 2015 12:00 am

The MHP's political balance was shaken when Tuğrul Türkeş, not just an ordinary member of the party but also the son of the founder of the MHP, Alparslan Türkeş, accepted the position offered to him by PM Davutoğlu despite Bahçeli's opposition

Modern Turkish politics is experiencing a first, a care taker government is being established. Despite the Justice and Development Party (AK Party) placing first in the June 7 election with 41 percent of the vote, it was unable to gain the majority necessary to establish an administration on its own. This election, wherein the Republican People's Party (CHP) received 25 percent, the Nationalist Movement Party (MHP) 16 percent and the Peoples' Democratic Party (HDP) achieved 13 percent of the vote, was unable to finalize a coalition government scenario for Turkey. As per the Constitution, when no solution for the administrative vacuum came from Parliament, management of this process passed on to President Recep Tayyip Erdoğan, who gave the AK Party chairman and interim prime minister, Ahmet Davutoğlu, the duty of setting up an electoral administration.

The electoral administration, which will be set up according to the rules of the Constitution, must be representative of the votes received by each party. Accordingly, the AK Party will have 11, the CHP five and the MHP and HDP three representatives each in the Cabinet.

However, the result was different. Tuğrul Türkeş from the MHP announced that he had accepted the position despite the harsh attitude of MHP Chairman Devlet Bahçeli. This situation is important, not just for the political balance of the MHP, but also in setting up the discursive area of the new election coming up on Nov. 1.

***The first point of emphasis is that Türkeş is not just an ordinary representative from the MHP. He is the son of MHP founder Alparslan Türkeş, and is a figure with great influence in MHP politics. Following the death of his father he struggled against Bahçeli for the leadership of the MHP in the 1990s but was unsuccessful, and the leadership went to Bahçeli. In the long term, however, he continued to work with Bahçeli.

Türkeş's acceptance of the position will bring with it the debate about whether there will be an atmosphere of rebellion against Bahçeli, who is said to have disregarded calls from the party's base and organization to become an administrative partner during the coalition meetings. Türkeş's acceptance of Davutoğlu's ministerial position also destroyed Bahçeli's early election strategy, which had been in effect since the June 7 elections. This is because Bahçeli has been exerting a great deal of effort ever since the conclusion of the June 7 elections to make sure that the AK Party would be in the same administration as the HDP. He built his entire discourse upon this. Bahçeli assumed that there would be an electoral administration that would bring the AK Party and HDP together in a situation where a decision did not come from Parliament and thought that this would provide him an opportunity to criticize the AK Party. The main argument in Bahçeli's hands on the path to the Nov. 1 elections was going to be that of the AK Party being in the same Cabinet as the "terror-supporting" and "PKK-mouthpiece" HDP. However, the presence of an MHP politician in the Cabinet defeats Baçheli's plan.

In order to overcome this, Bahçeli will most likely engage in efforts to have Türkeş dismissed from the party. However, even if Bahçeli manages to get Türkeş dismissed from the party, he will still have lost the opportunity to pose the electoral administration, which is being established as a constitutional necessity, as an AK Party-HDP coalition administration. What is more, Türkeş's acceptance of Davutoğlu's offer despite Bahçeli's rigid stance will seriously damage Bahçeli's authority and influence in the MHP.

When we examine Davutoğlu's two-month electoral administration strategy, we see that there is an activity based on clarifying the cracks and points of difference among his competitors. Thus, Davutoğlu offered CHP Deputy Deniz Baykal, in the position of CHP Chairman Kemal Kılıçdaroğlu's most serious competitor within the CHP, a minister post. Even though Baykal did not accept Davutoğlu's offer, the impression that Baykal is a strong political actor compared to Kılıçdaroğlu was emphasized in both the CHP and the general political public view.

What is interesting is that both Kılıçdaroğlu and Bahçeli have been trying to present Davutoğlu, ever since he became an AK Party leader, as a weak actor and a political figure who can be replaced by a new name at a moment's notice.

The AK Party is managing the political process much better than all other parties. Above everything else, it is considering politics from a positive standpoint and shaping its game from there. It is not allowing itself to be caught up in reactionary political conformism.
Last Update: Aug 28, 2015 2:14 am
RELATED TOPICS