Is Turkey setting up its own game? 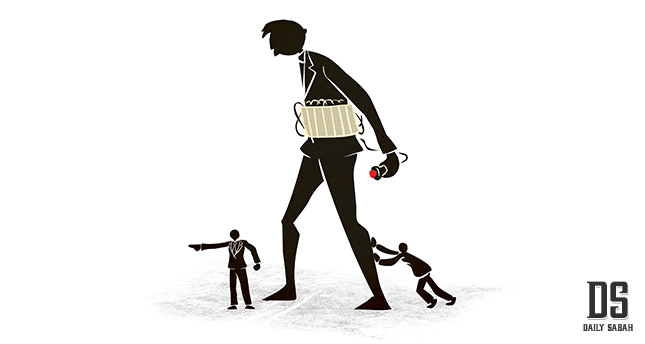 On a discussion program at the beginning of the week on which I was also a guest, Adil Gür, one of the foremost public opinion researchers in Turkey, presented the results of a new public opinion survey he had conducted. One particular result from the study was quite striking: 61 percent of those who participated in the survey support the operations conducted against terrorists as well as the curfews in Turkey's southeast. What was even more striking was that 61 percent of participants support a ground operation in Syria if it becomes necessary against terrorism.

I said that this data was quite striking on the program as well. What draws the most attention was that three out of five people in the survey regard the terror Turkey has been exposed to as not just a domestic issue, but rather as one that is organized outside of its borders.

There are two reasons for this. The first is that the PKK, which Turkey has fought against for nearly 35 years, has established for itself a sovereign region in northern Syria right next to the Turkish border under the Democratic Union Party (PYD) and has received support from the U.S. and Russia. Ankara feels extremely uncomfortable with the U.S.'s attitude. This will bring with it the result of rising anti-Americanism in Turkey. Although this might be something the Americans do not particularly care about, in the long term, this will obviously reflect very badly on the U.S.'s policies on the region.

The second reason is that DAESH, while based in Iraq and Syria, conducts bloody attacks in Turkey, killing hundreds of people. DAESH suicide bombings in Diyarbakır, Gaziantep, Ankara and Istanbul have caused the feeling of Turkey being subject to an international siege to spread among the public.

Undoubtedly, a government does not fight against a terrorist group in accordance with the rate of public support it has. A government shapes its security policies in accordance with the perception of a threat. However, the presence of public support in this period of struggle is of the utmost importance, because the main target of terrorist organizations is to create an environment of fear in society and to stop the general flow of things in many areas from daily life to political life.

The car bombing against the shuttles carrying military personnel in the middle of Ankara two days ago occurred right at the time when Turkey is hitting People's Democratic Party (YPG) positions across the Syrian border as a response to the attacks. According to preliminary reports, there are 28 dead and 61 wounded. The PKK received news of this attack with great happiness. The Peoples' Democratic Party's (HDP) silence after the event also supported the impression of the PKK being behind this attack. And sure enough, it soon turned out that the YPG and PKK were indeed the ones responsible.

It is not difficult to guess that Turkey, which has now begun to use hard power not just within its own borders, but also outside of its borders, will conduct new retaliatory attacks.

However, Turkey will attempt this retaliation in such a way to avoid being drawn into Syria. In other words, Turkey will continue its struggle to not open a new front in a battle it will have to wage with its own military. Despite all of the rhetoric to the contrary, we see that none of the powers are conducting a fight against DAESH, and that the thing called the alliance against DAESH is actually an alliance against the Syrian opposition. On the other hand, we also bear witness to a situation where Iran, Russia, the U.S., and Syrian leader Bashar Assad's regime are actively supporting the PYD's efforts to enlarge its own sovereign space. Is it really such an exaggeration to expect Turkey, which is continually under terrorist threat, to take precautions to protect its border security and internal integrity and to set its own game?
Last Update: Feb 19, 2016 4:58 am
RELATED TOPICS